We all know that summer is a better time to play baseball than the wintertime, but did you know that even a change in the weather during the summer can raise or lower your chances of hitting a home run? Let’s find out more from AccuWeather Meteorologist Jake Sojda and his doggie friend:

Baseball is back, so let’s look back at some of the most memorable baseball games played when it was snowing, freezing cold or sizzling hot:

We heard earlier how weather has halted baseball games. Now, let’s hear a story of when a vicious hailstorm forced something as large as the Colorado State Fair to shut down – one person was even knocked unconscious – by listening to the AccuWeather This Date in Weather History podcast:

If you think that soggy candy is the worst, what about candy that disappears before your eyes?? That’s exactly what will happen if you drop sugar-coated candy into hot water:

The difference between hot and cold water not only affects how fast your favorite candy will disappear – warmer water also provides more fuel for hurricanes and other weather phenomena like lake-effect snow.


However, when it comes to which is boss between the two (warmer water/air and colder water/air), cold will always win:

🪐 August 20 - Space Exploration: Is there a South Star like the North Star?

If you live in the Northern Hemisphere, you probably have heard of the North Star – the star that can guide you north if you don’t have your phone or compass handy. What about our friends south of the equator, is there a South Star? The answer is no, but there are stars that can lead you home if you get lost in South America, Africa and Australia:

For all but the southernmost parts of the United States, Cassiopeia never sets and the Southern Cross never rises – that’s what our friends at EarthSky.org said.

With autumn just around the corner in the Northern Hemisphere, you are sure to notice more foggy nights and mornings. Have you ever noticed that valleys are usually one of the foggiest places? You aren’t imagining things. There’s a reason behind that:

Check out the satellite on some fall mornings, you will likely see fog snake its way through river valleys – it’s a great tool for any of your geography classes! Fog can lead to pretty weather photos, but it can be dangerous to drivers and pilots by making it hard to see the road or runway ahead.

Here’s another tidbit to get you ready for any history classes you have this fall – did you know that fog almost got in the way of Paul Revere warning that the British were coming during the Revolutionary War?

Wait a minute? Water turns into ice when it freezes and vapor when it boils, so how can you get water to boil with ice? It’s not magic, but rather, it’s science that allows this to happen:

AccuWeather Senior Meteorologist Jason Nicholls started this experiment by boiling water in a glass bottle (kids, make sure you get an adult to help with this). Once the water in the bottle was boiling, Jason removed it from the heat, waited 10 seconds and fastened a lid on top. He then turned the water bottle upside down in another jar to hold it and put the ice on top.

As the air cooled, the water started to boil again – how did that happen?

First you have to know that at the boiling point of water (212 degrees Fahrenheit/100 degrees Celsius), tiny bubbles of water vapor rise to the surface.

The key is that placing the ice on top causes the air pressure inside the bottle to lower. When the air pressure is lower, the tiny bubbles in the hot water have an easier time coming up to the surface – and actually, you can get boiling water at a temperature lower than 212 F.

Think of the weather in Phoenix, Arizona, and then Miami, Florida – what is the main difference? You need shorts in both places in the summer, right?

If you ask an adult for help on this question, you may hear the answer, “Phoenix is hot, but it’s a dry heat.” But, what does that mean? Let’s find out:

The main point from the video is that no matter whether it is humid out or you are dealing with a dry heat, you need to make sure to drink lots of water to replace the sweat your body is pushing out to try and keep you cool – that’s the real reason for sweat; it’s not to make you smell!

🥤 August 18 - Water break: How much should you drink a day? Silly cat has answers!

Jett the cat is here to make you laugh as we learn about how much water you should drink everyday:

If you struggled to pay attention to what Krissy was saying since Jett was being silly – wasn’t it funny how he tried to “bite” the water?! – here’s a recap of how much water kids should drink each day:

That is just a general guide from WedMD; parents are always encouraged to consult with their doctors. When kids and teens are playing sports or running around outdoors, they will need to drink more water (or other drinks) – the more you sweat to keep cool, the more water you have to put back into your body.

Adults – don’t forget to also make sure you are drinking enough water each day as well!

Eating fruits and vegetables that are mostly made of water, such as cucumbers, lettuce, tomatoes and watermelon, is another great way all of us can stay hydrated. That includes Jett since this silly cat loves to snack on lettuce and spinach! 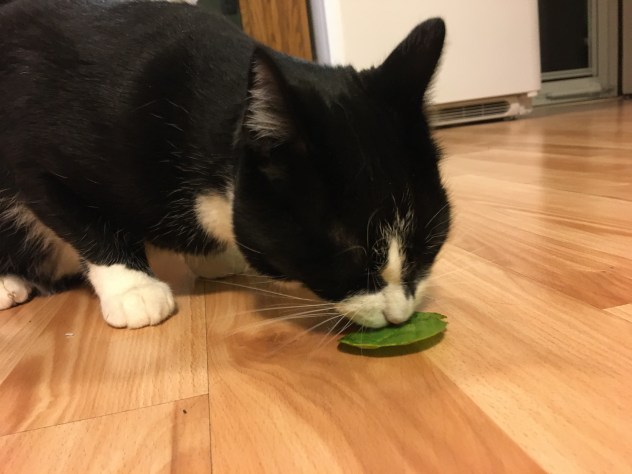 AccuWeather Senior Meteorologist Krissy Pydynowski is once again cooking things in her hot car – this time, she successfully made chocolate chip cookies on one hot, sunny day!

More than showing you another way to bake these tasty treats if you don’t have an oven, this activity is a good reminder of how dangerously hot the inside of cars can become when the windows are up and the sun is shining brightly. The temperature of the cookie sheet got to around 180 degrees Fahrenheit (82 degrees Celsius)!

Adults should never leave kids or pets in a car with the windows up and no air conditioning on, even for a short period of time. Even in the spring and early fall, cars can become death traps on mostly sunny days. 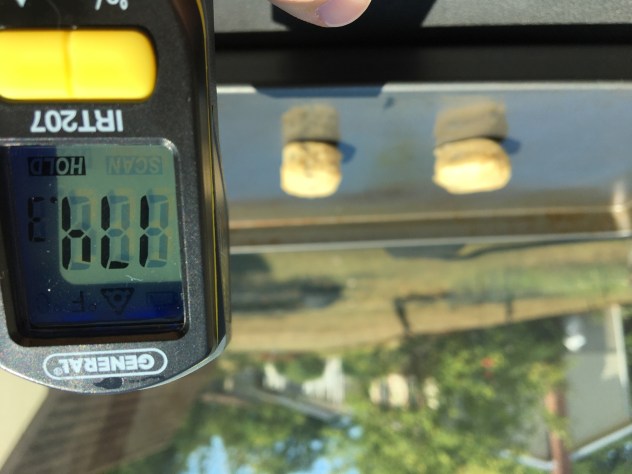 🎭 August 18 - Story Time: Not one, but three hits by a hurricane

Lightning can hit the same place more than once, so it shouldn’t be a surprise that hurricanes will do the same – that happened back in 1955 when Hurricane Diane was one of three hurricanes to hit North Carolina in the same Atlantic hurricane season.

Let’s learn more about this damaging storm by listening to the AccuWeather This Date in Weather History podcast:

🎭 August 17 - Story Time: One of the most powerful hurricanes to hit the US

More than a half of a century ago, Hurricane Camille slammed into the Mississippi coast as the second most-intense hurricane to strike the United States. Nearly 260 lives were lost and the destruction caused by Camille equates to more than $10 billion in today’s dollars.

Let’s gather around the campfire and hear what was especially unusual about Hurricane Camille by listening to AccuWeather’s This Date in Weather History podcast:

We heard that Camille was one of only four Category 5 hurricanes to strike the mainland of the U.S. Do you know the other three?