What should you do if you are in a multi-vehicle pileup?

We've all heard of these methods used while driving during the winter. But are these good practices, or are they just myths?

A multi-car pileup can quickly turn a large roadway into a parking lot of smashed vehicles and twisted metal. And whether the wreck involves dozens of cars and trucks, or just a few, the results could be deadly. To stay safe, experts say motorists must understand their travel conditions and make constant driving modifications while behind the wheel.

“Every winter, we do see pileups occurring on the highway and they are all preventable,” said William Van Tassel, manager of driver training programs at the American Automobile Association (AAA) National Office. “Driver error is the most common cause of crashes.”

Fog appears to play a major role in these types of crashes, especially in the winter months, according to a recent report sponsored by the AAA Foundation for Traffic Safety. Any condition that compromises the driver’s ability to see down the road is a big factor in multiple-vehicle collisions, according to Van Tassel.

And fog, mixed with snow, ice or rain could create a trifecta of driving problems: obstructed field of vision, diminished tire traction and, ultimately, the risk of losing control of your vehicle. 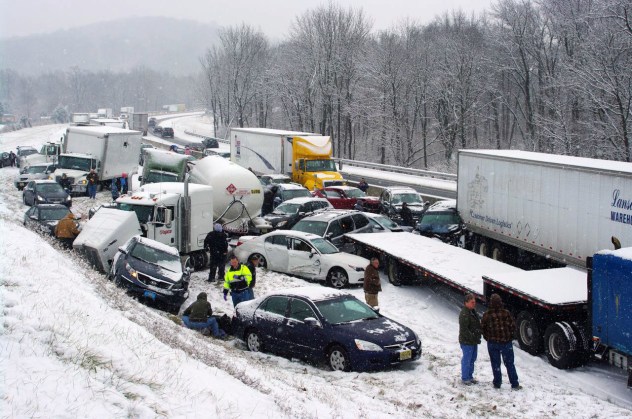 As seen in this file photo, portions of both the Pennsylvania Turnpike and Interstate 78 were shut down several years ago in snowy eastern Pennsylvania after chain-reaction pileups involved dozens of vehicles on slippery roads. (AP Photo/David C. Ronk)

“Unless drivers slow down to account for that lower visibility, drivers can easily be surprised by a pile of crashed cars suddenly appearing ahead of them,” Van Tassel said.

So, what should you do if your car is part of a chain-reaction crash and you are not injured? Van Tassel says it depends on the circumstances, but staying put is a good first reaction because it’s likely you don’t immediately know whether other cars are headed for the pileup.

How to drive safely when roads are covered with snow and ice
Experts debunk 4 winter driving myths
These 10 US cities are the safest to drive in during wet, snowy weather
5 ways to prepare your car for winter
Why it isn’t safe to flash hazard lights while driving in the rain

“Staying in your car, at least initially, might be the better choice because you have a lot of structure around your body, designed to protect you,” he said.

Once the scene stabilizes, and the threat of being hit by incoming cars diminishes, Van Tassel says you may want to get out of your vehicle, but he warns there’s always some risk to this decision. If you do choose to get away from the crash scene, he suggests moving to the other side of a guide rail or standing behind something solid, like a tree, as you wait for help to arrive.

At this point, call 911; and if you are not hurt, try to help injured people if you can. Also, sharing information with emergency responders on the scene can be a big help, according to Van Tassel. 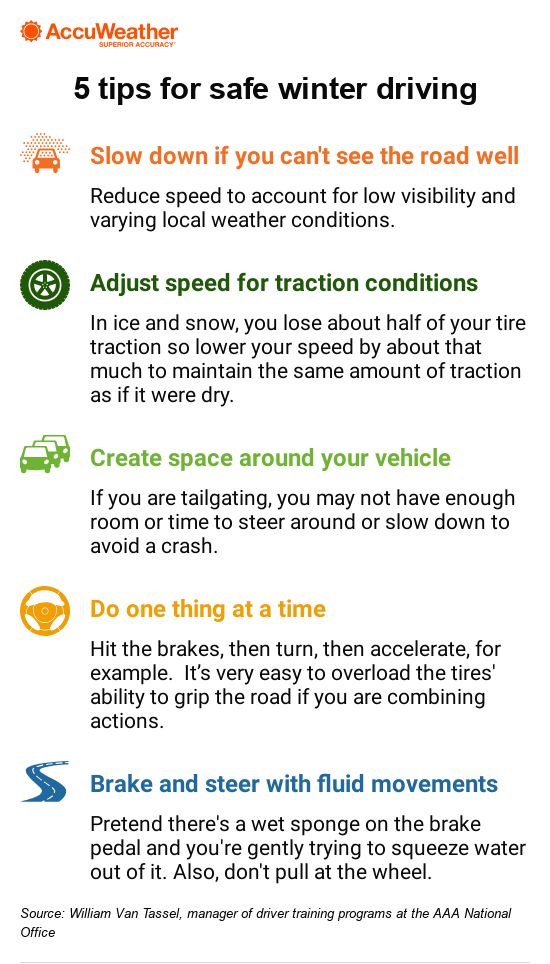 On interstates or other highways during winter weather events, experts say motorists need to assume the absolute worst scenario: that there’s something hidden beyond your field of vision if fog, snow or rain covers the roadway and that this condition could result in less tire traction and a compromised driver response.

“We hope drivers are situationally aware at all times – rain or shine – knowing what’s ahead and what’s behind,” said Van Tassel.