The 'mere accident of history' that popularized a white Christmas

Why is the connection between snow and Christmas so strong? Experts say it’s because songs, stories and images come back year after year and have created the tradition of an idealized white Christmas holiday.

Christmas tales and carols have long since invoked images of silver bells, horse-drawn sleighs, and, of course, snow. The association of snow with the holiday and its yuletide charm, for those celebrating across the United States, is not due to a consistent white winter wonderland, however. In fact, nearly half of the contiguous U.S. historically has had a 50% chance or less of actually seeing a white Christmas.

So where do the dreams of this "white Christmas" originate from?

Experts have suggested that the abundant snowfall and associated imagery surrounding the holiday are so intertwined as a result of the traditional songs, stories and artwork that for generations have romanticized white Christmases, many of which were created during a time known as the "Little Ice Age."

The Little Ice Age was a period of unusual cold weather in the Northern Hemisphere that spanned from the early-14th century through the mid-19th century (1300 through 1850), as several mountain glaciers across the world expanded, according to Britannica. Mean annual temperatures across the Northern Hemisphere dropped by 1.1 degrees Fahrenheit (0.6 degrees Celsius) relative to the average temperature between 1000 and 2000 A.D. 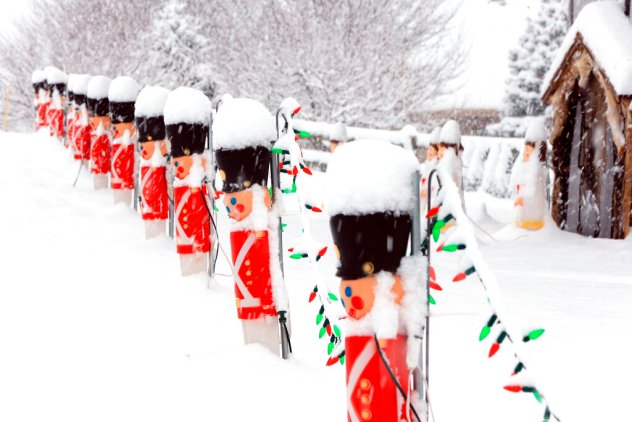 Christmas decorations are seen during a snowstorm in Omaha, Nebraska on Dec. 24, 2015. (AP Photo/Nati Harnik)

This period of time also happened to overlap with one iconic writer's lifetime. Charles Dickens was born in 1812 in Portsmouth, England, at the tail end of the Little Ice Age and just before the Victorian era, which would oversee a transformation in Christmas traditions. His classic holiday tale, A Christmas Carol, written in 1843, was one such famous work that helped shape imagery around the highly anticipated and festive occasion. 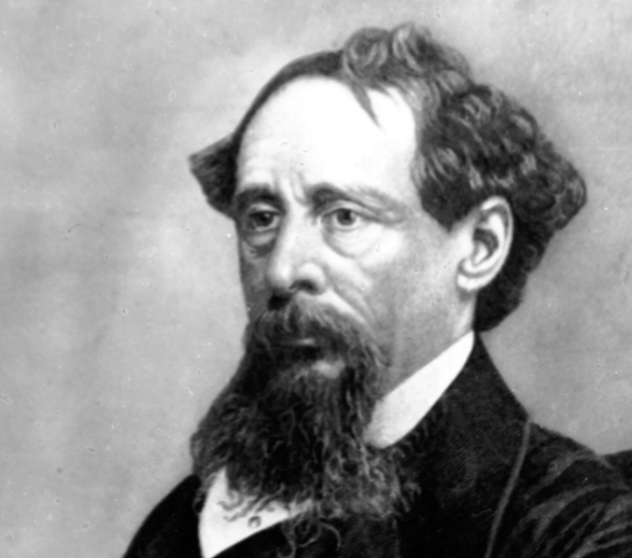 Philip Allingham, professor emeritus at Lakehead University in Thunder Bay, Ontario, and expert in Dickens' Christmas books, quoted Dickens biographer Peter Ackroyd as claiming that the imagery of a snowy Christmas is "a mere accident of history."

"In view of the fact that Dickens can be said to have almost singlehandedly created the modern idea of Christmas, it is interesting to note that in fact during the first eight years of his life there was a white Christmas every year; so sometimes does reality actually exist before the idealized image," Ackroyd wrote in his biography Dickens.

While a white Christmas is a bit more of a hit or miss now for England, the well-known story of Ebenezer Scrooge spirited away by the ghosts of Christmas Past, Present and Future, with its painted scenery of families celebrating in warm, jovial homes as the weather grows severe outside, "has preserved the Christmas customs of olde England and fixed our image of the holiday season as one of wind, ice and snow ...," Allingham wrote.

Across the pond, American artwork also immortalized the widespread winter wonderlands of Christmas Past, making them more of a quintessential part of this time of year.

The New York-based printmaking firm of Currier and Ives created multiple lithographic prints during the mid- to late-19th century depicting winter scenes that "have become synonymous with the ideal of a classic American Christmas," according to Ohio Memory, a collaborative project between the Ohio History Connection and the State Library of Ohio. The iconic images often portrayed snowy landscapes in the countryside, large manors and horse-drawn carriages. 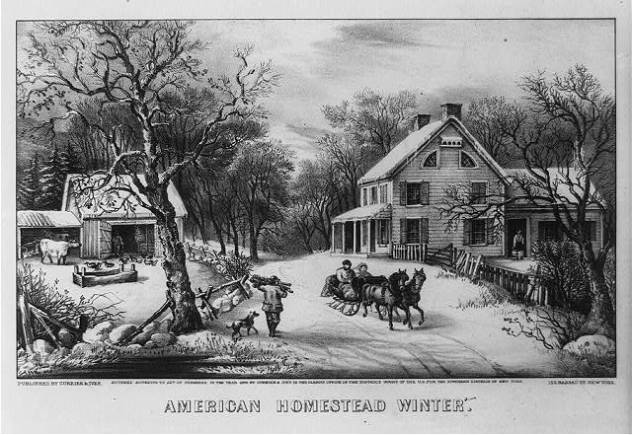 A few years earlier, "A Visit from St. Nicholas," was published anonymously in the Troy, New York Sentinel in 1822, according to the New York Historical Society Library. Theologian and Hebrew scholar Clement Clarke Moore has generally been accepted as the author of the poem, and although the piece doesn't go into great detail on the weather, it does briefly note the blanket of snow on the rooftops.

Outside of the Little Ice Age, people who celebrated the holiday continued to dream of a white Christmas even as time of a cooler climate ebbed away along with some areas' chances for snow come Christmas Day, arguably making the occasion of falling snow even more fanciful.

From Norman Rockwell, an American artist born in the late 1800s who created iconic paintings of New England winters and Christmases, to songwriters into the mid-1900s, the ideal Christmas existed in a winter wonderland, further popularizing the imagery. 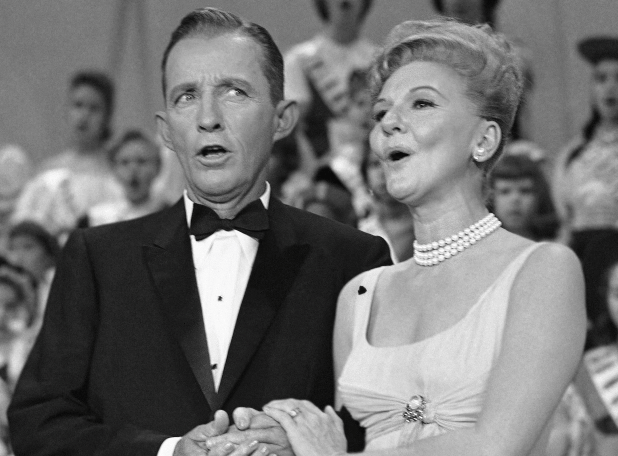 Pop culture further heralded that nostalgic and romantic notion, starting with Bing Crosby's classic 1942 rendition of “White Christmas” and building with more songs like "Let It Snow!" and movie favorites It's A Wonderful Life, The Grinch Who Stole Christmas and Christmas Vacation.

Over the decades, the sharing and retelling of these stories, art pieces and music embedded themselves into the holiday traditions passed down through the generations, reminding all who celebrated of the white Christmases that generations before used to know. 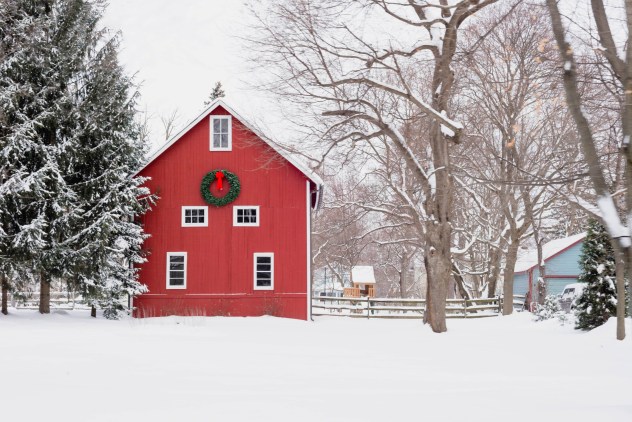 Explorers become 1st ever to reach bottom of mysterious 'Well of Hell'
Drone footage shows spectacular view of ghost town frozen in time
When the skies went dark: Historians pinpoint the very 'worst year' ever to be alive