What is a low pressure area?

When meteorologists use the term: low pressure area, what are they referring to?

There are quite a number of scientific terms commonly used in weather forecasting and low pressure is one of the most widely used terms. However, many people may not be exactly sure of what a low pressure area is. 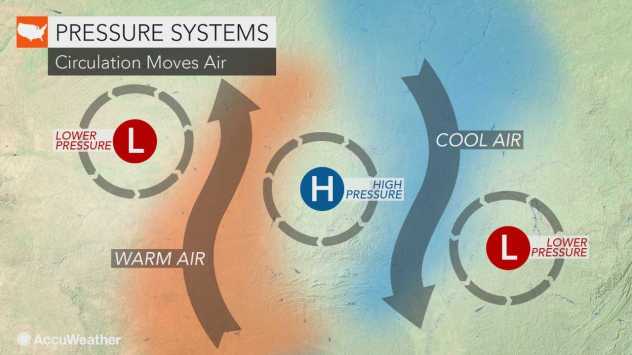 A low pressure area usually begins to form as air from two regions collides and is forced upward.

The rising air creates a giant vacuum effect. Hence, a zone of low pressure is produced with the lowest pressure near the center of the storm.

As a storm approaches a particular area, the barometric pressure will lower. 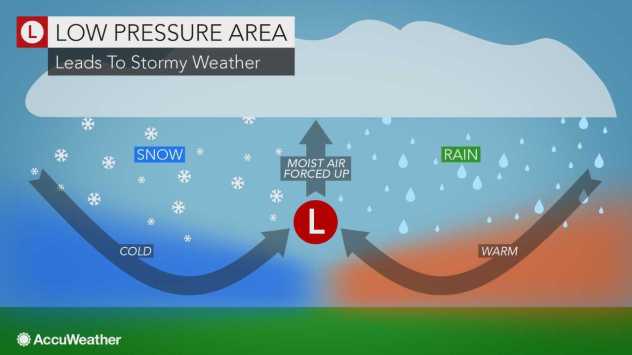 In some sensitive people, body aches may be more severe due to the pressure change.

As the air in the storm rises, it cools.

As the air cools, moisture within the air condenses to form clouds and rain and snow.

Falling barometric pressure, or the approach of a low pressure area, is often an indicator of rain, ice and snow arriving soon. 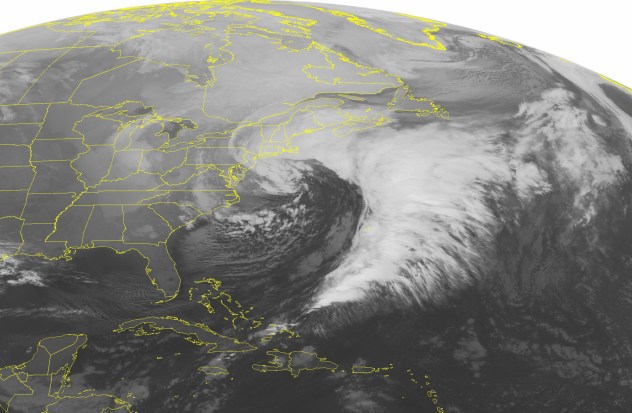 This satellite image taken Tuesday, Jan. 27, 2015, at 12:45 AM EST shows a strong nor'easter over the Atlantic coast of the United States producing blizzard conditions. Heavy snow and strong winds occurred across much of New England and into New York, New Jersey and the Delmarva Peninsula. (NOAA satellite)

As the amount of rising air increases, air must rush in from the sides to replace the rising air near the center of the storm.

The more violent the rising air near the center, the faster the air must rush in from the sides. This is what sometimes creates strong winds.

In some rare causes, tornadoes may rotate clockwise in the Northern Hemisphere. This is because tornadoes are a very small-scale storm.

This rotation is what helps to pump warm air in ahead of the storm and draw cold air in behind the storm.

For example, in the winter, snow may turn to ice and rain as a storm approaches, then rain may end as snow or flurries as the storm departs.

In some of the most violent storms, such as hurricanes, typhoons and Indian Ocean cyclones, a doughnut-shaped area of high winds with rising air occurs near the storm center. 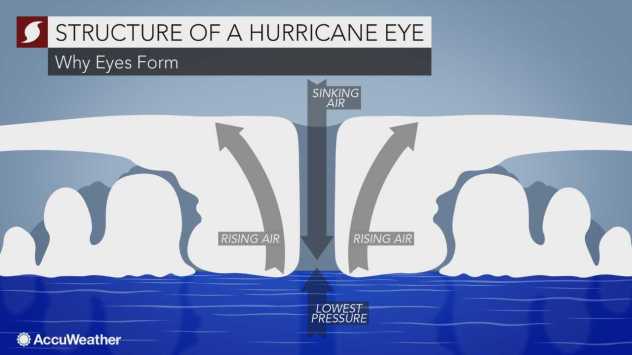 However, right at the center of the storm, the air sinks enough to tame the winds and sometimes cloud-free conditions. This is called the eye of the storm.