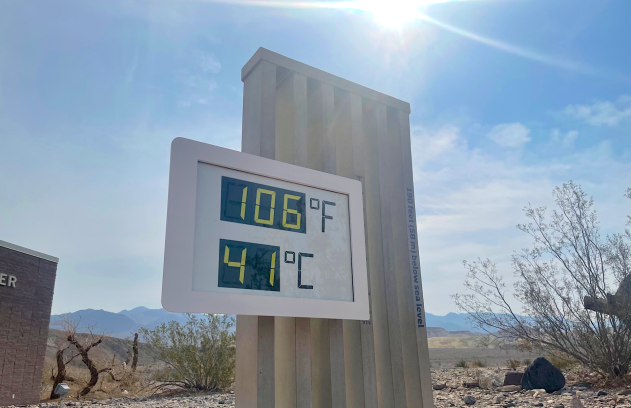 The temperature at Death Valley, Calif., had already soared to 106 by 9 a.m. on Wednesday, June 16, 2021. Death Valley flirted with the all-time world high-temperature record a couple of times this summer. (AccuWeather / Bill Wadell)

As the sweltering summer of 2021 draws to a close, the National Oceanic and Atmospheric Administration (NOAA) confirmed what you might have been thinking: This summer was an unusually hot one.

During meteorological summer, which occurs from June 1 to Sept. 1, the average temperature across the contiguous United States was 74.0 degrees Fahrenheit -- 2.6 degrees above average. By an extremely narrow margin, (less than 0.01 of a degree F), the heat this summer exceeded the record heat that occurred during the "Dust Bowl" summer of 1936, when hot and dry conditions baked parts of the Midwest and Canadian Prairies and caused devastating impacts.

Summer 2021 broke records across the country, with 18.4% of the contiguous U.S. experiencing the warmest summer in recorded history. Five states -- California, Idaho, Nevada, Oregon and Utah -- all experienced their warmest meteorological summers of all time, with 16 other states experiencing one of their top-five hottest summers.

Many heat waves roasted the country this summer, but perhaps the most significant of which was the record-setting heat wave that scorched the Pacific Northwest in late June, the effects of which stretched above the U.S. border with Canada. Temperatures in Portland hit an unprecedented 116 degrees Fahrenheit, a figure that cities like Atlanta, Washington, D.C., and Baltimore have never come close to hitting. An all-time record high of 108 F was set in Seattle during the same heat wave. 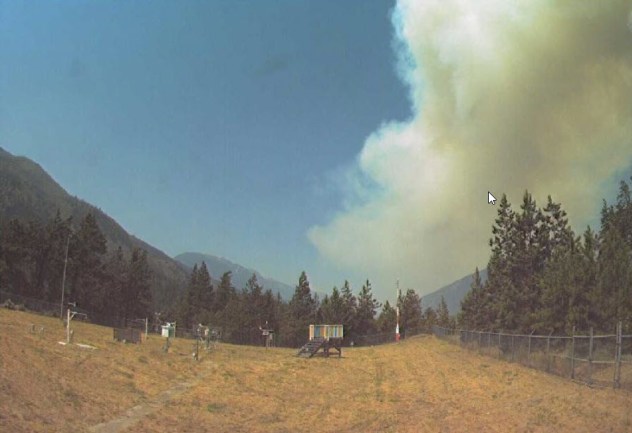 The last image from the webcam at the Lytton Airport on June 30 shows the approaching fire that later engulfed the town.

In Canada, the mercury reached an unbelievable 121 degrees in Lytton, British Columbia, which set a new record for the highest temperature ever recorded in the country. Just a few days later, a wildfire engulfed nearly 90% of Lytton, with days of hot and dry conditions turning the area into a tinderbox.

A second heat wave torched the Pacific Northwest in August, with temperatures 15 to 25 degrees above normal. Temperatures in Portland hit 102 F, while Bellingham, Washington, broke its all-time heat record by hitting 100 F.

In the Northeast, a June heat wave brought multiple 90-degree days to urban areas like Philadelphia, New York and Boston, with AccuWeather RealFeel® Temperatures surging over 100 degrees. Multiple heat waves ended up targeting parts of the Midwest and Northeast, with Minneapolis experiencing a nine-day stretch of days above 90 degrees in early June and Washington, D.C., enduring a seven-day stretch of 90-degree weather in July.

The news of the record hot summer in the U.S. is the latest turn in a growing trend of global climate change, which scientists attribute to human behavior over roughly the last century, and comes on the heels of July 2021 earning the dubious distinction as the world's hottest month ever. 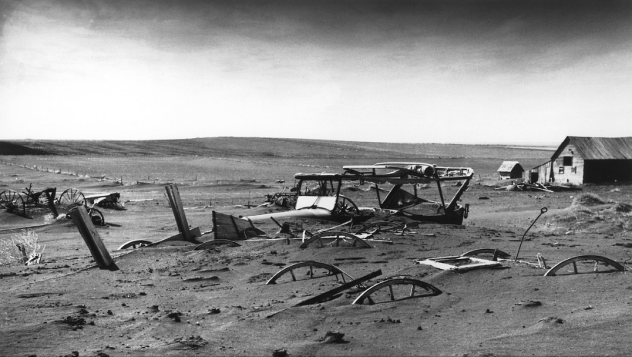 Buried machinery in a barn lot in Dallas, South Dakota, May 1936.

While the weather this summer was certainly hot, it is still tough to compare it to the Dust Bowl summer of 1936, which brought the combination of brutal heat, drought, biblical dust storms and vast insect infestations, all of which came together to destroy crops and make life miserable for many Americans.

From June 19 to Aug. 21, some parts of the country recorded a temperature at or above 100 degrees, excluding weather stations in deserts like Death Valley.

From June through August 1934, Fort Smith, Arkansas, experienced 53 days with a daily high temperature of 100 degrees or higher, roughly quadruple the average number of days the temperature tops out at 100 there. Topeka, Kansas, endured 47 days with 100-degree readings, also about four times its average, and Oklahoma City recorded 45 days at 100, about seven times more than normal. Meanwhile, Columbia, Missouri, recorded 34 100-degree days that year, close to triple what it ordinarily experiences. Making matters worse, there was no air conditioning at the time. 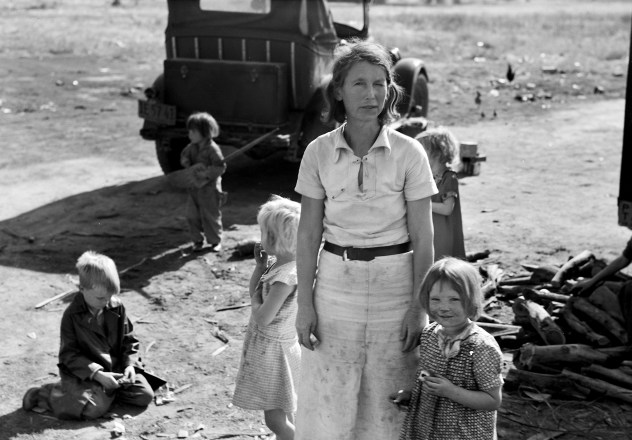 In this November 1936 photo, a mother, originally from Oklahoma, who works as a cotton picker near Fresno, Calif., stands with her five children. The Dust Bowl led to a massive migration of Oklahoma and Texas farmers out of the region, many of whom traveled to California in search of jobs. (Dorothea Lange/Farm Security Administration, Library of Congress via AP)

Dust filled the skies from the Midwest all the way to the Eastern Seaboard, causing conditions so blinding that trains would accidentally miss their stops. Doors and windows had to be sealed shut to prevent dust from getting inside homes. When too much dust settled in attics, ceilings were at risk of collapsing.

While the summer of 2021 was hot, it was more wet than dry and dusty across much of the country. Even as parts of the West continue to suffer from sweltering heat and dry conditions, the country had its eighth-wettest meteorological summer on record. Mississippi had its wettest summer of all time, and Alabama, Massachusetts, Michigan and New York had a summer that ranked among their five wettest.