Multiple rounds of thunderstorms and severe weather are on tap for the storm-weary northern Plains and Upper Midwest.

AccuWeather forecasters say that the risk of severe weather will ramp up across the North Central states on Thursday afternoon and evening with areas from the Dakotas to western Minnesota facing the most substantial threat. Extremely high winds, large hail and even a few tornadoes will all be possible into Thursday evening. The threats began Wednesday night, with tornado sirens heard in locations such as Target Field, home to Major League Baseball's Minnesota Twins.

"An unusually early and strong surge in heat and humidity over the Central states will be a major factor in severe weather for the balance of this week and especially on Thursday," AccuWeather Senior Meteorologist Alex Sosnowski said, adding, "In many cases, the pattern and behavior of severe weather over the North Central states this week will be more typical of July, rather than early May."

As a cold front moves east and clashes with the scorching heat that has roasted parts of the central and southern Plains this week, the result will be an outbreak of thunderstorms and severe weather. 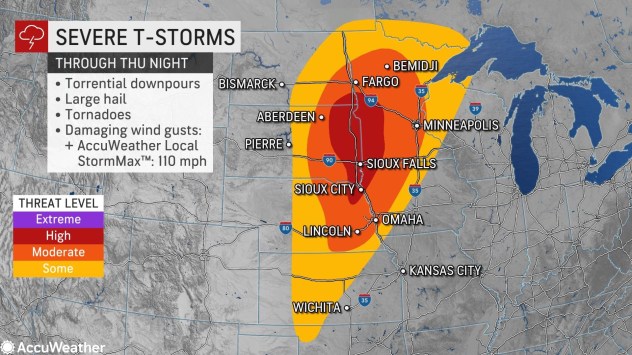 A population of more than 21 million people is at risk for severe thunderstorms, according to the National Weather Service's Storm Prediction Center.

Thursday is shaping up to be the worst severe round of the week, according to AccuWeather meteorologists. Once again, all modes of severe weather can occur, including the risk of multiple tornadoes. Heavy rainfall could aggravate existing flooding, especially along the Red River of the North.

Cities such as Fargo, North Dakota, Sioux Falls, South Dakota, and Lincoln, Nebraska, could be at risk for damage and disruptions as storms erupt and move through during the afternoon and evening hours Thursday. Travel on portions of interstates 29, 35, 70, 80, 90, and 94 may be adversely affected. 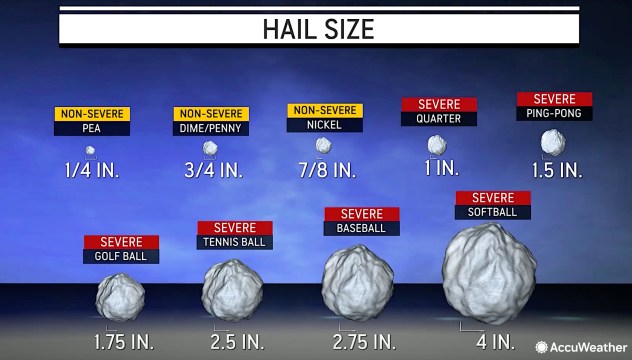 The greatest threat for violent storms with tornadoes, large hail and powerful wind gusts on Thursday may focus along the Red River Valley of the North. Wind gusts on the order of 70-90 mph are possible within the strongest storms, with an AccuWeather Local StormMax™ of 110 mph.

Flash flooding is also possible within any potent storm as the atmosphere will have an abundance of moisture at its disposal.

"Motorists are reminded to never attempt to drive through high water or around barricades. Anyone planning to be out in the elements might want to reconsider travel plans as flooding on roadways can be particularly difficult to see at night, and conditions can often change rapidly," AccuWeather Meteorologist Jessica Storm said. 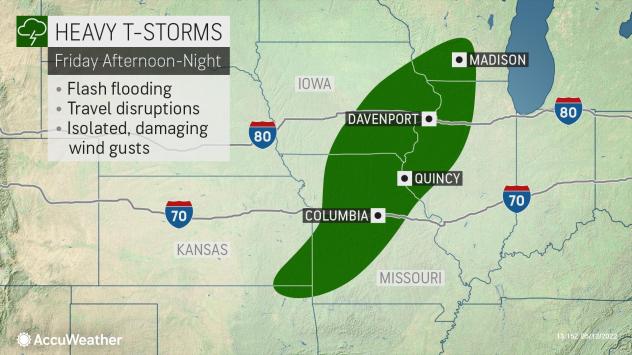 "Drenching thunderstorms will target portions of the Midwest from Friday afternoon to Friday evening," Gilbert said. "There is the potential for portions of Missouri, Iowa, Illinois and Wisconsin to encounter training thunderstorms that will significantly raise the flood risk in affected areas."