What are jet streams and how do they influence the weather we experience?

Jet streams act as an invisible director of the atmosphere and are largely responsible for changes in the weather across the globe.

A jet stream is essentially an atmospheric highway located at the level where jets cruise. Winds in this high-speed river of air often reach 250 mph.

Storms are guided in a generally west-to-east fashion due to jet streams. if it were not for jet streams, the weather would change very little from day to day. Some areas might never get rain, while other areas may never see the sun.

"During the winter, the jet stream is usually at its strongest and positioned farther south than other times of the year," according to AccuWeather Senior Meteorologist Brett Anderson. 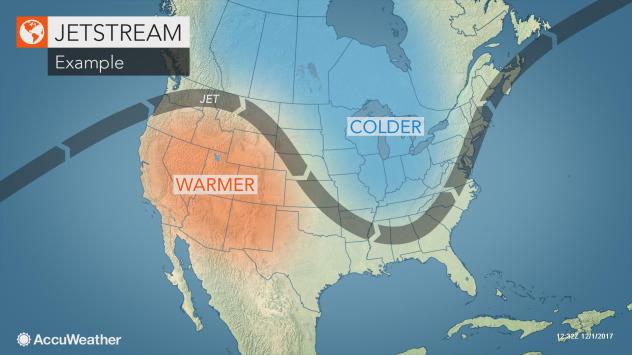 There are three main belts (branches) of the jet stream over both hemispheres of the globe. These belts are scattered from just north and south of the equator to just south or north of the poles. 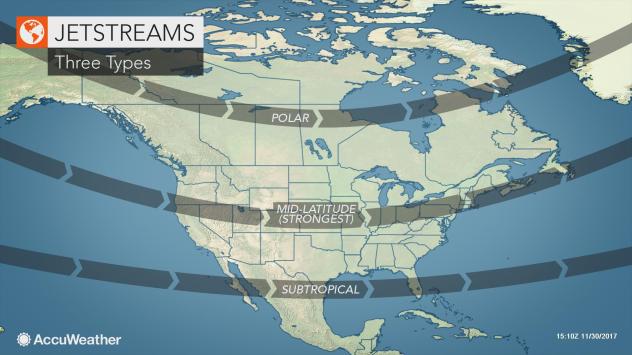 While the jet stream generally flows from west to east, it is often distorted with northward bulges and southward plunges.

Meteorologists call the northward bulge a ridge and a southward plunge a trough.

On rare occasions, usually during major winter storms such as a blizzard, the jet stream may bend so much that it flows from east to west over short distances. When this happens, the jet stream may break off (close off) from the main branch and spin counterclockwise in a large horizontal circle.

It was a large buckle in the jet stream that developed and created an east to west flow over the mid-Atlantic states during late October 2012. This flow helped to pull Superstorm Sandy onshore over New Jersey on Oct. 29.

Experts uncover the origins of 10 common weather terms
What is La Niña?
What is a polar vortex?
What is Bombogenesis?

South of the jet stream, the air is usually warmer than average. When there is a large northward bulge (ridge) in the jet stream during the winter, heavy coats and wool hats may not be needed. When this happens in the summer, millions of people may face a sweltering heat wave.

North of the jet stream, the air is usually cooler than average. When the jet stream plunges southward (trough), a jacket and long sleeves may be needed in the summer. When this happens in the winter, people scramble to keep warm and heating demands surge.

In the autumn, the presence of a strong west to east jet stream over the United States may keep a brewing hurricane from making a northward turn over the Gulf Coast or along the Atlantic Seaboard.

A rapid southward dip in the jet stream over tropical waters might cause a meandering hurricane to quickly pick up forward speed or shred a strong hurricane to bits.