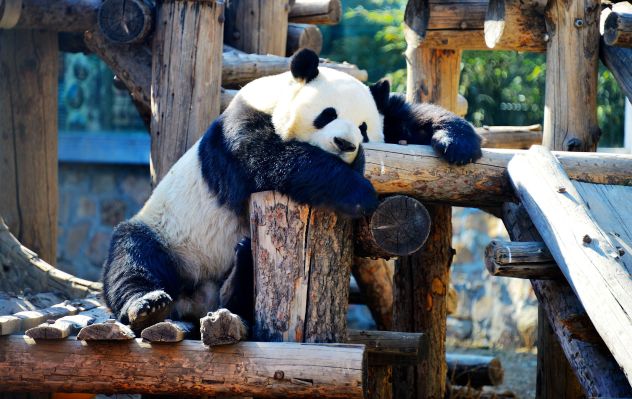 A sleepy giant panda at Beijing Zoo in Beijing, China, on Feb. 2021 -- the day after the capital city saw the high temperature record for winter shattered by 10 degrees. (Reuters)

Temperatures have been on a roller coaster across China this winter, allowing the nation's capital city to achieve the unique distinction of setting temperature records at both extremes during the same winter. Beijing in recent days set a new all-time high-temperature record for the winter months just weeks after experiencing record-setting cold.

Temperatures have fluctuated all over the place in Beijing during the month of February, but a major heat wave began late last week and sent mercury readings skyrocketing well beyond what has been previously seen there at this time of year.

The warmest air in more than two decades allowed temperatures in eastern China to begin creeping above normal on the afternoon of Thursday, Feb. 18, with a high temperature of 46 F (about 7.5 C) in Beijing. Comparatively, the average high in Bejing in late February is about 41 F (5 C).

A stagnant area of high pressure over central Asia allowed heat to continue to build throughout the weekend and temperatures to spike well above normal. 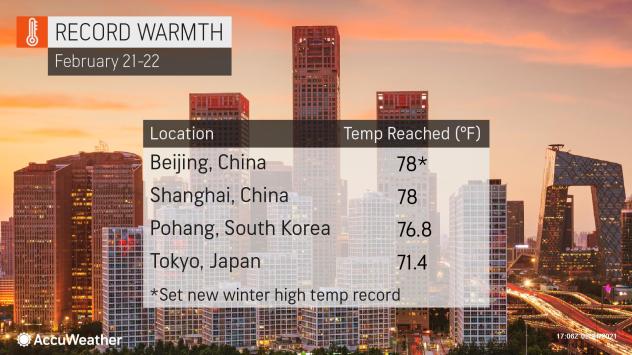 In fact, the temperature topped out at exactly 78 F (25.6 C) on Sunday, Feb. 21, and became the highest temperature ever recorded in Beijing during the winter months.

The 78-degree reading completely obliterated the previous record which was a temperature of 67.6 F (19.8 C) set back in 1996, according to CNN. A Reuters photo taken at the Beijing Zoo the day after the record was broken showed an exhausted-looking panda looking very much as though it had just endured a record-setting heat wave.

"Temperatures in the upper 70s are more typical of a late-spring day in mid-May, rather than in the second half of February," said Roys.

Beijing wasn't the only city in eastern Asia to experience abnormal warmth.

Early #spring is among the best times for #Pekingers to make the most of outdoor activities, whether it be practicing #violin on a bench or working on a thesis near the Weiming #Lake. Our #ducks also enjoy their time out on a clear sunny day! pic.twitter.com/DT85A0wQpU

Temperatures have since moderated, returning much closer to normal for most locations. Near-normal temperatures are forecast for the rest of February across much of the eastern part of the continent. 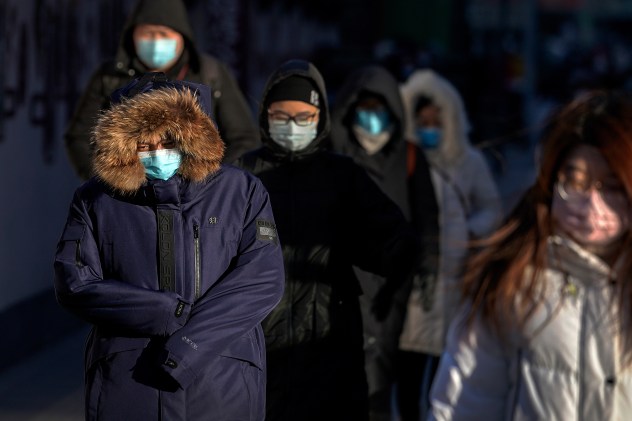 People wearing face masks to help curb the spread of the coronavirus head to work as the capital city is hit by cold wind in Beijing, Wednesday, Jan. 6, 2021. (AP Photo/Andy Wong)

The weather in China during the 2020-21 winter season has been particularly extreme. Just a few weeks ago, Arctic air swept across the country, bringing Beijing's temperatures down to levels not seen in half a century.

On the morning of Thursday, Jan. 7, thermometer readings plunged to 3.3 F below zero (-19.6 C) in Beijing, breaking the daily cold-weather record set in 1969.

Beijing was also quite cold in the middle of December, when temperatures dropped to 13 F (11 C below zero), helping to create sea-effect snow as the bitterly cold air flowed across the Sea of Japan. More sea-effect snow hit Japan later in January, causing a deadly highway pileup.

While record-high winter temperatures hit eastern Asia last weekend, much of the United States was in the grips of a deep freeze, with cold-temperature records falling in multiple states. Within just a week's time, though, temperatures rebounded in astonishing fashion.

After summerlike weather, winter to make a snowy return to Denver