NASA's Perseverance rover recorded a wind gust on Mars with its onboard microphone, sending the recording back for humanity's fist time hearing the wind on Mars.

The historic images and sounds were unveiled during a press conference that started at 2 p.m. EST. NASA had expected to collect audio during the descent, but the agency announced Monday that didn't happen.

Two short audio clips from the surface were played, including one that recorded a wind gust. Those clips are the first such recordings from the Martian surface. 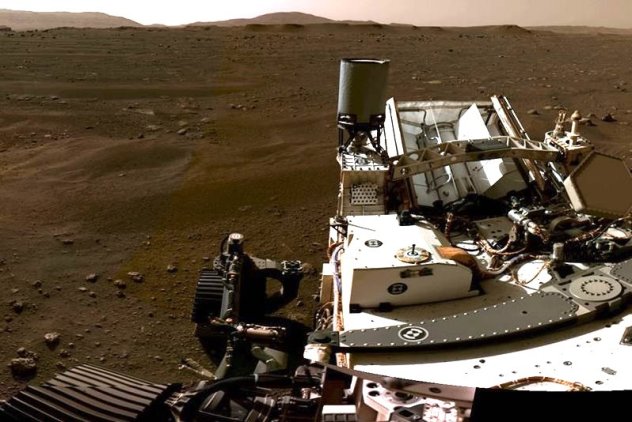 A still from a NASA video shows the Mars rover Perseverance on the surface on Thursday. Photo courtesy of NASA

The images and the data from the rover showed that it's robotic landing system, called terrain relative navigation, worked well, said Allen Chen, NASA lead engineer for the landing process.

"We really showed that this system can do what we wanted it to do in helping us figure out where to go and go to a safe spot," Chen said.

The video showed the parachute deploying and the rover from above, dangling under its jet pack that provides the final descent. There also were wide views of cliffs, boulders and reddish sand dunes in Jezero Crater, the rover's landing site.

The video records the jetpack flying away after it dropped the rover to the Martian surface.

"We caught a little over 30 gigabytes of information," said Dave Gruel, NASA's camera lead for the project. "And over 23,000 images of the vehicle descending down to the surface of Mars."

The visuals are meant to give NASA more insight about how the agency's Mars landings are accomplished, by robots and sometimes autonomously, hundreds of millions of miles away.

NASA released some still-frame photos of the landing on Friday, but the agency spent the weekend processing the video. 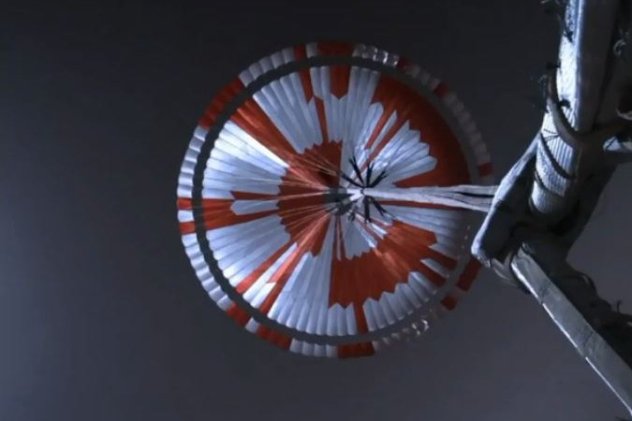 A still from a NASA video shows the parachute of the Mars rover Perseverance lowering the rover to the surface on Thursday. Photo courtesy of NASA

"We're all going to get to experience just exactly what that [landing] was like," Lori Glaze, a NASA director for planetary science, said on Friday. "This will be the first time we've ever had that opportunity -- to not just look at the data that came back. We're gonna get to see it and live it."

Perseverance is the fifth NASA rover to land on Mars, alighting Thursday in the crater on the planet's northern hemisphere.

The landing marks the start of at least a two-year mission to drive through the crater, which NASA believes is an ancient lakebed with river delta. The rover will take rock samples in a hunt for signs of ancient life. 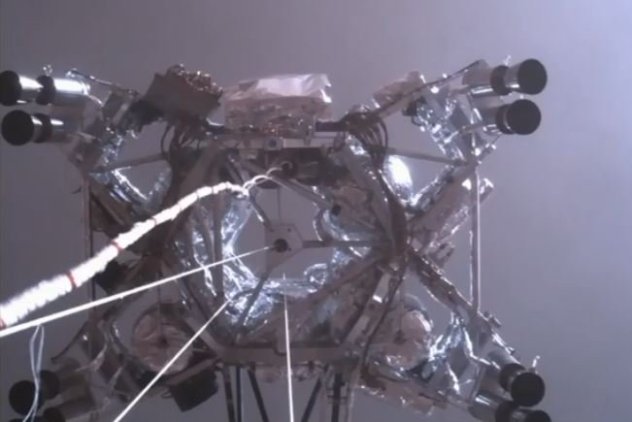 A still from a NASA video shows the jetpack of the Mars rover Perseverance lowering the rover to the surface on Thursday. Photo courtesy of NASA

A previous rover, Curiosity, took video of the ground getting closer during its landing in 2012, but Perseverance had several cameras to show different perspectives.

The microphones on the rover may be used to perform diagnostic assessments on various science instruments on the surface, Gruel said.

The images also will be used for a closer look at the Jezero area, which humans have only viewed before only using such spacecraft as NASA's Mars Reconnaissance Orbiter. Depending on what NASA sees, the agency could alter the rover's planned route.

"No one has ever seen it, except from orbital imagery from a few hundred miles up above Mars," said Matt Wallace, NASA's deputy project manager on the mission, on Friday.

Perseverance launched from Kennedy Space Center in Florida on July 30.