June-like heat, humidity to build across southern US into the weekend

In the midst of the COVID-19 pandemic, AccuWeather is providing free weather forecasting and warning services to hospitals and COVID-19 testing centers.

Air conditioners may be getting an early workout across the South this week as temperatures soar to record-challenging levels more typical of June.

"Temperatures from the southern Plains to the Southeast will average 10-20 degrees Fahrenheit above normal with highs well into the 80s," AccuWeather Meteorologist Tyler Roys said. Highs in the 90s will even be reached in some locales. 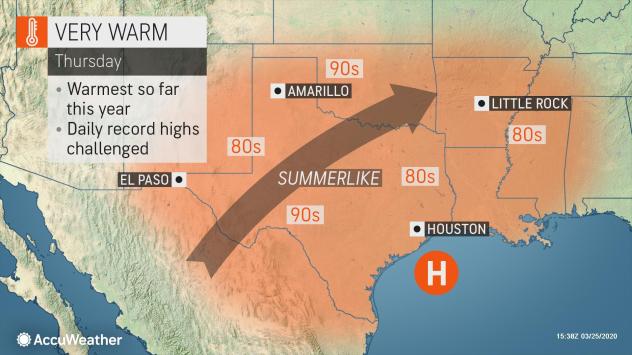 The early season swelter has already begun in Texas. Houston came up just 3 degrees short of Monday's daily record of 89 set in 1929.

New Orleans was not the only city across the South to break records either, as plenty of cities began breaking records Wednesday. 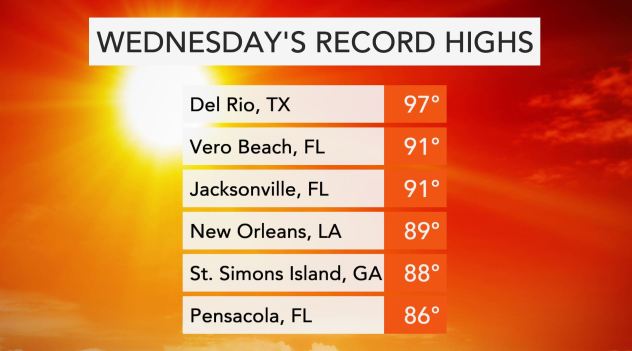 As the heat intensifies across Louisiana, Texas and the rest of the southern Plains during the second half of the week, its reach will expand eastward across the South. 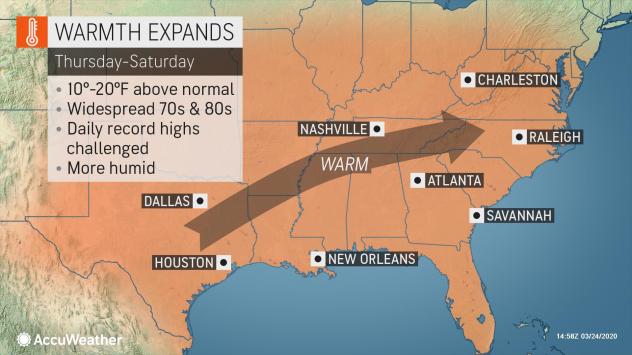 Atlanta will climb into the middle to upper 80s by week's end, when the upper 60s are a more typical high for the time of year.

Jacksonville, Florida may shatter Friday and Saturday's record high of 89 as the mercury is forecast to soar into the lower 90s both days. A high of 90 is more typical of June in the city.

Cooling demands will be on the increase amid the building heat, according to Roys.

High humidity will add to the summerlike feel and make it more difficult for the body to cool off.

The heat and humidity can put an additional strain on medical staff working in COVID-19 triage tents which are popping up at an increased pace across the Sunshine State.

"On top of the heat, mainly dry conditions are in store for most of the region," Roys said.

In the wake of severe weather which prompted a rare tornado emergency in Mississippi Tuesday night, much of the South will be storm-free for the balance of the week.

People keeping their social distance by spending time outdoors will want to make sure they stay properly hydrated and protected from the sun by wearing hats, sunglasses and sunscreen. If you must work outside, taking frequent breaks in the shade and drinking plenty of water or electrolyte beverages will greatly lower the risk of heat-related illnesses.

Remember to never leave children or pets in a sealed vehicle for any length of time. The temperature inside the vehicle can rise to lethal levels in a matter of minutes, even during the early spring months.

The risk of wildfires will be high across the southern Plains as temperatures soar as well.

A storm system is forecast to sweep from west to east across the South during the last weekend of March, trimming temperatures closer to more seasonable levels in its wake.

AccuWeather meteorologists will be closely monitoring the potential for severe thunderstorms to erupt as these air masses clash.