2019's Atlantic hurricane season was a busy one and AccuWeather's forecasters are anticipating another active season for 2020.

Coastal residents such as Monroe County Commissioner Craig Cates, a lifelong Key West native and the city’s mayor from 2009-18, don’t frighten easily. Resiliency is a way of life when you’ve seen “many, many hurricanes” come your way.

The coronavirus shutdowns have brought new hardships for an area reliant on tourism, which accounts for “a good 50 percent of our economy,” Cates told AccuWeather’s Monica Danielle. The economic math isn’t great at the moment as Key West has roughly 25,000 permanent residents and typically draws more than 3 million visitors a year. But now “everything’s basically shut down,” he said.

“We’re dipping into our reserves with no chance to make them up by hurricane season,” Cates said. “That is our concern ... We can’t afford a hurricane this year, for sure.”

Based on the newest forecasting models, AccuWeather forecasters have extended the upper range of hurricanes predicted for the Atlantic hurricane season. The hurricane team, led by Dan Kottlowski, the company’s top hurricane expert, is now predicting 14 to 20 tropical storms, with additions also to the number of storms that become hurricanes: seven to 11 this season.

Kottlowski also increased the number of major hurricanes – Category 3 or higher – that could develop this season to four to six. Kottlowski warned that four to six named tropical systems could make direct impacts on the U.S mainland, Puerto Rico and the Virgin Islands.

The initial 2020 Atlantic hurricane forecast was released in late March and called for 14 to 18 named tropical storms, seven to nine hurricanes and two to four major hurricanes.

“New climate model runs show a trend toward La Niña evolving during the second half of the upcoming summer,” said AccuWeather Senior Meteorologist Dan Kottlowski, the company’s top hurricane expert. “This would suggest a decrease in the episodes of vertical wind shear, which can limit tropical development and intensification.

A satellite loop shows Hurricane Dorian churning over the Bahamas on Sept. 1, 2019. (NOAA / College of DuPage)

“This new information gives us more confidence of the potential – again, still potential – for a very active season,” Kottlowski said.

Wind shear is the phenomenon in which wind speed or direction changes with altitude. It can cause the higher parts of a hurricane or storm to be tilted in the opposite direction of where the storm or hurricane is moving.

La Niña, a pattern that influences weather factors and winds around the world, occurs when water temperatures in the central and equatorial Pacific are cooler than normal. Active hurricane seasons in the Atlantic can result when a La Niña pattern is present due to a general reduction in wind shear over parts of the Atlantic Ocean, including the central and western parts of the basin, which churn out a large majority of tropical systems.

“The biggest issue with this season is this trend going from a weak El Niño to a neutral pattern then to a possible La Niña,” Kottlowski said. “This climate signal pattern has been associated with above-normal seasons. The big question is just how active is it going to be?”

The 2005 Atlantic hurricane season is widely regarded as “by far the most active and worst season on record,” Kottlowski said. “Just the number of storms and the number of big storms was outrageous.”

There were a record 27 named storms (breaking the 1933 record of 21) with 14 hurricanes – exceeding the record of 12 in 1969 – and seven major hurricanes (Category 3 or higher on the Saffir-Simpson Scale), according to the National Oceanic and Atmospheric Administration (NOAA). Hurricanes Katrina, Rita and Wilma that year are among the most destructive hurricanes in U.S. history.

“The 2020 season will be very active, but not as active as the real hyper-active season of 2005,” Kottlowski said. "There is a growing concern," he added, "that this season will be another very active one, at least on par what we have seen the past four years." 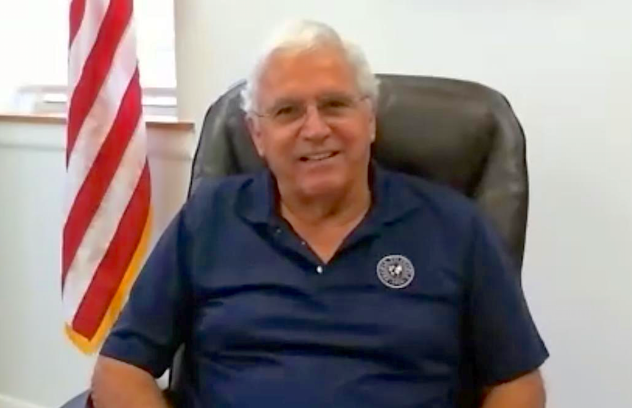 Craig Cates, a lifelong Key West resident and the commissioner of Monroe County, told AccuWeather tourism in Key West has decreased dramatically this year due to the coronavirus pandemic and being hit by a hurricane could be especially devastating. (AccuWeather)

The Atlantic hurricane season officially lasts from June 1 through Nov. 30, when 98.4 percent of hurricanes have occurred in the Atlantic Basin; however, hurricanes can form in any month. Counting 2019, all 297 hurricanes that have made landfall in the continental U.S. since 1851 occurred during hurricane season. The first tropical storm to develop this year will be named Arthur. For a complete list of names for the 2020 season and everything related to tropical weather, visit the AccuWeather Atlantic basin hurricane center.

Residents such as Craig Cates know advance warning and planning – a timely reminder during Hurricane Preparedness Week – are keys to dealing with whatever may come.

“As they say, hope is not a strategy,” Cates told AccuWeather. “You have to plan on if a hurricane does come and that’s what we’re dealing with now. Luckily, we have a lot of experience with hurricanes.”

Hurricane Hunters broke new ground for women in science
'I ride it out.' When a hurricane comes roaring up the East Coast, one community stays put
When will summer heat up? AccuWeather forecasters answer that and more in 2020's outlook