The Breaking Point Restaurant and Bar in San Diego, California, needed patio heaters for the winter. The surrounded community came together to lend their own heaters to help the business prepare.

A late-season hot spell is setting records across the drought-stricken Southwest, setting the stage for an uptick in fire activity heading into the weekend.

Phoenix is normally one of the hottest cities in the United States, but this year has been abnormally hot in the Valley of the Sun. As of Wednesday, Nov. 17, the city has tied or broken daily high-temperature records on 33 occasions, including three times this week.

On Monday, Phoenix topped out at 92 F, making it the latest 90-degree day on record for the city. This record was broken the very next day when the mercury once again surpassed the 90-degree mark. 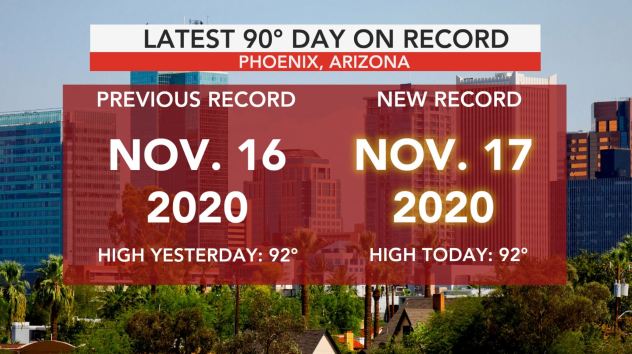 The city was once again on the verge of breaking this late-season record on Wednesday, but fell a degree short with a high of 89 F. This was still high enough to break the daily record high of 88 set back on Nov. 18, 2008. The average high temperature there in mid-November is around 75 F.

This is hotter than Death Valley, California, one of the hottest places in the world, which has experienced high temperatures within a few degrees of 80 F early this week.

More than half of the days in 2020 have reached 90 F in Phoenix as the city approaches its all-time record for the most 90-degree days in a calendar year. As of Tuesday, the tally sat at 191, just a few days shy of the record of 196 set in the blazing hot year of 1989, according to the National Weather Service office in Phoenix.

Neighboring Tucson has experienced a year nearly as hot with the city reporting 189 days on which a high temperature of at least 90 F was recorded. And it can’t be ruled out that both cities could add to these totals over the next few days.

“High pressure will keep temperatures near record levels across Arizona through the end of the week,” AccuWeather Western Weather Blogger Brian Thompson said. “Temperatures will start to drift back closer to average next week.” 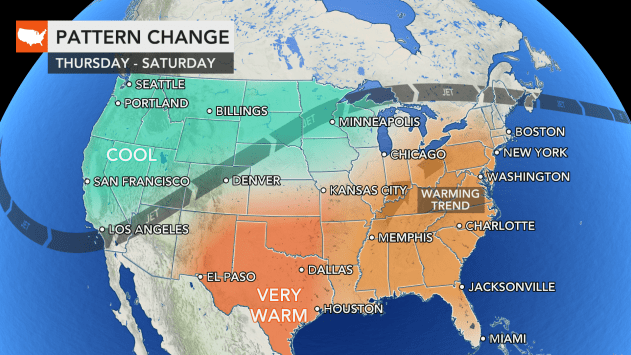 As the temperatures across the Southwest begin to back down, the risk of wildfires will begin to ramp up, including areas of Southern California.

“An area of high pressure over the northern Rockies will help drive some offshore winds across the Southwest from Friday into the weekend,” Thompson said.

These offshore winds paired with the recent heat and dry conditions will be conducive for new fires to ignite and ongoing fires to grow.

“While it is late in the season and this doesn’t look like a major wind event, the lack of a monsoon season in the deserts and a lack of recent rain in Southern California has left many areas vulnerable to fires in the near-term,” Thompson added.

A few fires have already broken out this week across the region, including the Pinehaven Fire which sparked near Reno, Nevada, on Tuesday afternoon amid windy conditions.

Residents in at least 1,300 homes were told to evacuate due to the fire, which was just 5% contained as of midday Wednesday but increased to 90% contained by midday Thursday.

“The Pinehaven Fire started shortly after 1 p.m. on Tuesday, November 17 near the intersection of Pinehaven Road and Sierra Pine Drive in Reno,” local officials said. “This area is generally in southwest Reno, also known as the Caughlin Ranch area.”

At least five structures have been destroyed and another 15 damaged with the cause of the blaze still under investigation.

Dry conditions are largely expected across the Southwest heading into the last full week of November as the storm track stays focused on the Pacific Northwest.

While the dry pattern means no immediate relief from the widespread drought across the region’s interior, it will be good for those planning outdoor festivities for Thanksgiving with the coronavirus in mind. 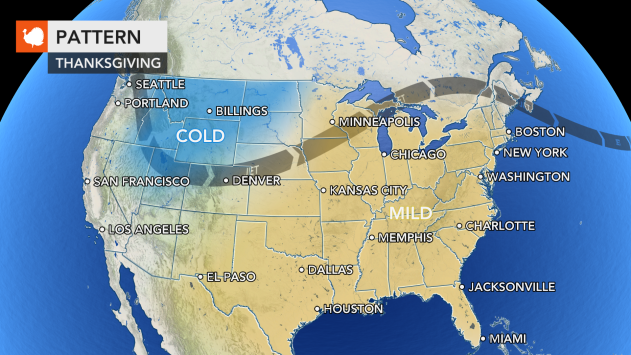 Outdoor gatherings pose a much lower risk for coronavirus transmission than indoor gatherings, although the Centers for Disease Control and Prevention is still advising people that do attend outdoor Thanksgiving festivities to wear a mask when not eating or drinking.

Temperatures next week are not forecast to be as high as they are this week across the region, but AccuWeather is still projecting warmer-than-normal conditions for most of the Southwest around Thanksgiving paired with ample sunshine.

However, if breezy conditions persist, chefs electing to cook outside with a grill or deep fryer will want to exercise caution to avoid sparking a fire.