The fuel-efficient aircraft could reduce consumption and emissions by up to 30% compared with today's most efficient fleet, according to the agency.

NASA and Boeing will work together to build, test and fly an emission-reducing single-aisle aircraft this decade.

(CNN) -- Greener commercial flight technology may be on the horizon.

NASA and Boeing will work together on the Sustainable Flight Demonstrator project to build, test and fly an emission-reducing single-aisle aircraft this decade, according to an announcement from the agency on Wednesday.

"Since the beginning, NASA has been with you when you fly. NASA has dared to go farther, faster, higher. And in doing so, NASA has made aviation more sustainable and dependable. It is in our DNA," said NASA Administrator Bill Nelson in a statement. 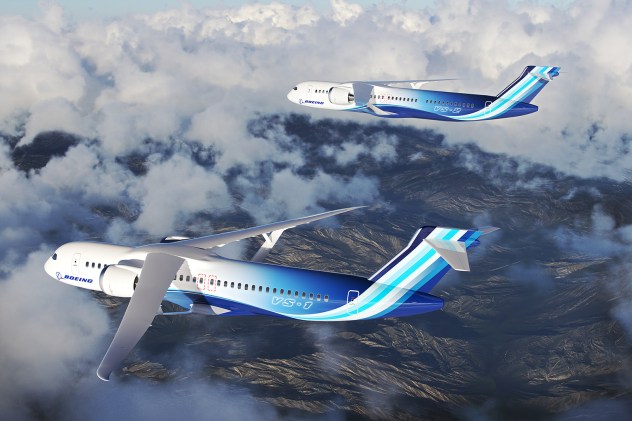 "It's our goal that NASA's partnership with Boeing to produce and test a full-scale demonstrator will help lead to future commercial airliners that are more fuel efficient, with benefits to the environment, the commercial aviation industry, and to passengers worldwide. If we are successful, we may see these technologies in planes that the public takes to the skies in the 2030s."

The first test flight of this experimental aircraft is set to take place in 2028. The goal is for the technology to serve approximately 50% of the commercial market through short- to medium-haul single-aisle aircraft, Nelson said.

Airlines largely rely on single-aisle aircraft, which account for nearly half of aviation emissions worldwide, according to NASA. Developing new technology to reduce fuel use can support the Biden administration's goal of achieving net-zero aviation carbon emissions by 2050, as laid out in the US Aviation Climate Action Plan.

Boeing estimates that the demand for the new single-aisle aircraft will increase by 40,000 planes between 2035 and 2050.

The design that NASA and Boeing are working on could reduce fuel consumption and emissions by up to 30% compared with today's most efficient aircraft, according to the agency.

It's called the Transonic Truss-Braced Wing concept, which relies on elongated, thin wings stabilized by diagonal struts that connect the wings to the aircraft. The design's shape creates less drag, which means burning less fuel. 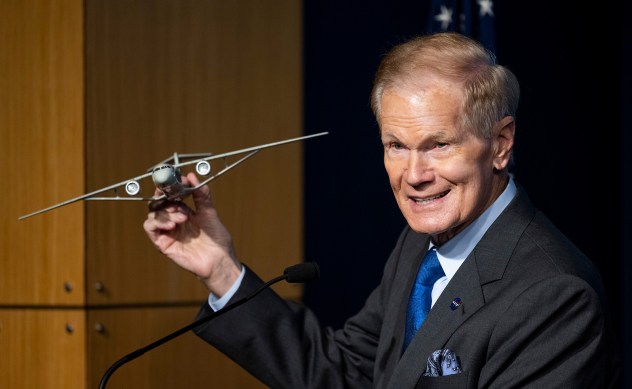 "NASA is working toward an ambitious goal of developing game-changing technologies to reduce aviation energy use and emissions over the coming decades toward an aviation community goal of net-zero carbon emissions by 2050," said Bob Pearce, NASA associate administrator for the Aeronautics Research Mission Directorate, in a statement.

"The Transonic Truss-Braced Wing is the kind of transformative concept and investment we will need to meet those challenges and, critically, the technologies demonstrated in this project have a clear and viable path to informing the next generation of single-aisle aircraft, benefiting everyone that uses the air transportation system."

The benefits of increasing the aspect ratio of the wing have been known for a long time, but the challenge of structuring the design has required advancements in materials and construction to reach this point of development, Pearce said.

By partnering on the project, NASA and Boeing can take on more risks than the aviation industry can do on its own, he said.

"This is an experimental aircraft," he said. "This is not a commercial development of an aircraft that passengers are going to fly in today. And the reason we need to do this is because this is high-risk technology. We're trying to validate technology."

The partnership, supported by the Funded Space Act Agreement, will rely on technical expertise and facilities and $425 million from NASA over seven years. Meanwhile, Boeing and its partners will contribute the remaining $725 million and the technical plan.

The world's most fascinating abandoned towns and cities