NASA will look into whether SpaceX can pull Hubble into a safer orbit which could extend the life of the famous telescope.

Sept. 30 (UPI) -- The U.S. space agency, NASA, said it signed an agreement with Elon Musk's SpaceX to study whether the life expectancy of the venerated Hubble Space Telescope can be extended.

NASA said Thursday it has no plans to carry out or fund a service mission for the Hubble Space Telescope. Instead, it will carry out a feasibility study to see if SpaceX can use its Crew Dragon capsules to do the heavy lifting.

A six-month study aims to collect data that will determine whether Hubble can move into a more stable orbit with the help of SpaceX capsules. Hubble is falling out of its original orbit, established at about 370 miles above the Earth's surface in 1990. Since then, it's dropped about 15 miles and scientists worry it may eventually fall into the atmosphere and burn up.

"Reboosting Hubble into a higher, more stable orbit could add multiple years of operations to its life," NASA said. 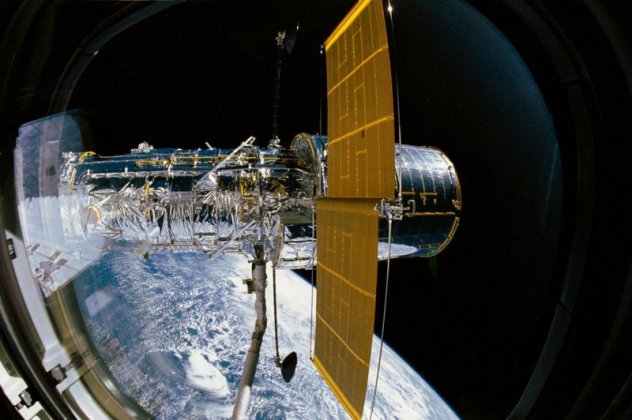 On April 25, 1990, the Hubble Space Telescope was deployed from the cargo bay of Space Shuttle Discovery. Hubble, pictured here during its release, has one of its two solar array panels deployed while still in the grasp of Discovery's remote manipulator system. Photo courtesy of NASA

"As our fleet grows, we want to explore a wide range of opportunities to support the most robust, superlative science missions possible," said Thomas Zurbuchen, the associate administrator for the science mission directorate at NASA headquarters in Washington, D.C.

Space X is already using its Dragon capsule to bring astronauts to and from the International Space Station, which has an average orbit some 250 miles above the Earth's surface. 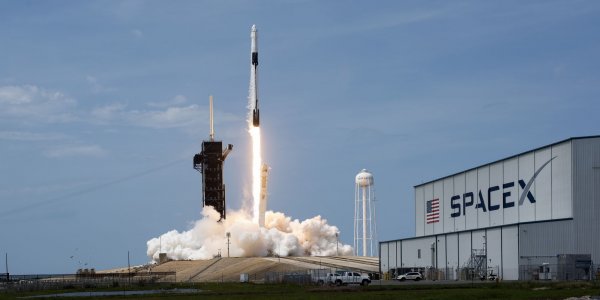 A SpaceX Falcon 9 rocket lifts off seconds after 3:22 PM with the first manned Crew Dragon spacecraft from Complex 39A at the Kennedy Space Center, Florida on Saturday, May 30, 2020. The mission, classified as Crew Demo 2, is flying NASA Astronauts Doug Hurley and Bob Behnken and is the first crewed mission from the Center in over nine years. Photo by Joe Marino/UPI

Hubble was launched in 1990. Its successor, the James Webb telescope, was launched earlier this year and is already returning images from space that are far more detailed than Hubble. But by extending Hubble's life, scientists hope to gain a more comprehensive understanding of the universe.

"With the James Webb telescope now online, Hubble's mission has only gained in importance," Isaacman told the BBC. "It's absolutely exciting to think about the possibility of extending the life and capabilities of one of our greatest explorers."