The Oceanogràfic Foundation deployed cameras on sea turtles during their TurtleCam project and got a truly unique view.

About three weeks before the official start of the East Pacific hurricane season, the first tropical depression of the year has formed and officially broken records.

Far to the south and west of Mexico, a tropical low was churning at the end of this week. On the morning of Saturday, April 25, the low strengthened to become Tropical Depression 1E.

"The tropical system was spinning over relatively warm waters, allowing for it to become a tropical depression," said AccuWeather Meteorologist Brett Edwards. 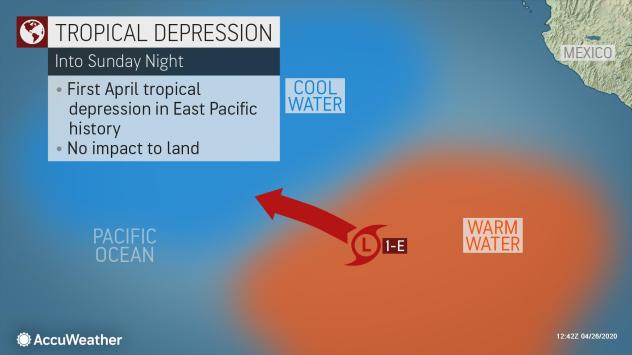 The atmosphere around a tropical low has a significant influence on its chances of developing into a tropical depression, tropical storm or hurricane. Both warm water and low wind shear are important for a tropical system to strengthen.

There is only a small window of time that Tropical Depression 1E will have access to these favorable conditions.

"The best chance for this system to strengthen, and remain organized is through early Sunday afternoon before it moves north into cooler waters and stronger winds," added Edwards.

By Sunday night, cooler waters and strong winds are likely to begin weakening the low. 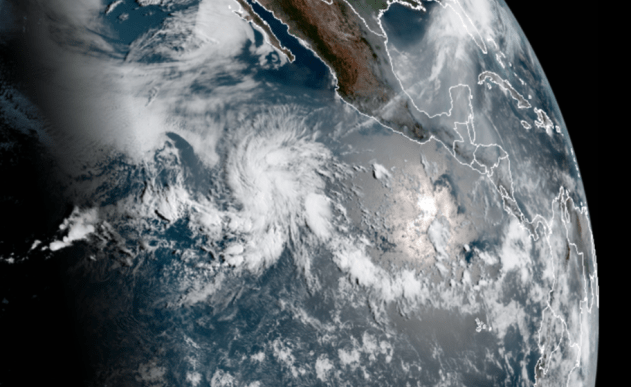 The above satellite image shows a tropical low churning southwest of Mexico on the morning of Friday, April 24, 2020. The low strengthened to Tropical Depression 1E on Saturday. (Photo/RAMMB)

At this time, AccuWeather meteorologists believe the system is most likely to peak as a tropical depression.

Even just reaching tropical depression strength has allowed Tropical Depression 1E to become one for the record books.

How do tropical storms and hurricanes form?
AccuWeather's 2020 Atlantic hurricane season forecast is out
Even the highest summer temperatures may not hinder new coronavirus, study suggests

While it is not unheard of for there to be some tropical activity in the Eastern Pacific before the official start of the tropical season, a tropical depression or named system during April has not happened in recorded history. Usually, early storms occur in the first half of May.

"There was a lack of consistent satellite coverage over the East Pacific until 1976, which has hindered the record keeping of pre-season storms early on," said Senior Meteorologist Dan Kottlowski, AccuWeather's top hurricane expert.

"Weak storms that were well removed from land, like this tropical low, were often ignored until the 1990s," added Kottlowski.

For those that have been recorded, storms that have formed prior to May 1 in the United States' jurisdiction of the Pacific Ocean have been in the Central Pacific Ocean, closer to Hawaii, where more monitoring was done.

Several storms have also formed in the Central Pacific Ocean in the month of January, including Tropical Storm Pali, which first became a depression on Jan. 7, 2016.