Nor'easter off US coast has similarities to 1991 'Perfect Storm'

A nor'easter that pummeled areas from New Jersey to Maine, leaving hundreds of thousands without power, bears striking similarities to the 1991 'Perfect Storm,' an infamous nor'easter that meteorologists still use as a benchmark storm 30 years later.

The nor'easter could also transform into a tropical or subtropical system in the coming days, claiming the last designated name on the 2021 Atlantic hurricane season list, according to AccuWeather forecasters, although the chances are lessening as of Friday. The storm became the latest bomb cyclone to impact the United States, in the footsteps of two bomb cyclones that brewed over the eastern Pacific and slammed into the West Coast.

The storm that would later garner names such as the Halloween storm of 1991 and the 'Perfect Storm' for a Hollywood motion picture, took the lives of more than a dozen people. The greatest impacts on the U.S. were from heavy seas that caused considerable coastal flooding and beach erosion in New England and the mid-Atlantic. 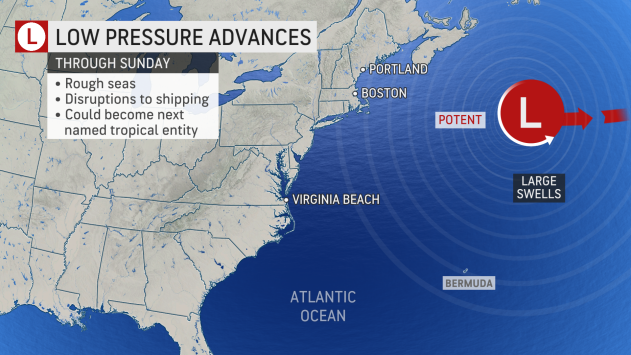 Winds from this week's nor'easter gusted over 100 mph, far above the readings from the 1991 storm, which maxed out at 76 mph. However, AccuWeather.com Senior Weather Editor Jesse Ferrell pointed out, "There are hundreds of weather stations on the Massachusetts coast today compared to only a handful 30 years ago, so we can't be sure this storm had higher winds.

"Because wind speeds can be local," Ferrell went on to say, "meteorologists typically use pressure to gauge storm strength. By that measure, so far, this week's nor'easter dropped to 28.76 inches of mercury (974 mb), slightly less powerful than the 'Perfect Storm' which measured 28.70 inches (972 mb) at its lowest reading."

After undergoing bombogenesis (a pressure drop of 0.71 of an inch of mercury in 24 hours) on Tuesday, the nor'easter continued to circulate off the southeastern coast of New England overnight Wednesday, completing a counterclockwise loop.

Even though rain is over from the nor'easter that started the week, the system remains a significant low-pressure area and is acting like a giant vacuum in the atmosphere and will continue to create strong winds over the North Atlantic.

"Since the storm will spend a considerable amount of time over sufficiently warm Atlantic Ocean waters through the weekend, there is the potential for the system to acquire tropical or subtropical characteristics," AccuWeather Senior Meteorologist Bill Deger said. A subtropical system has both tropical and non-tropical storm features. 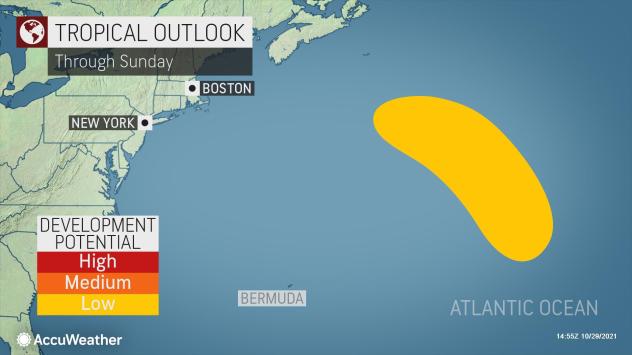 "In either case, there is a chance that the nor'easter could become a named storm anytime through this weekend while taking an eastward path away from the U.S.," Deger stated.

No significant impacts from the feature as a tropical or subtropical system are expected on the U.S. other than a continuation of heavy seas well offshore. The most significant impacts would be to cross-Atlantic shipping, cruise and deep-sea fishing interests.

Temperatures in the waters a couple of hundred miles off the New England coast range from the upper 60s to the lower 70s F and are a bit too cool to nurture tropical development. Water temperatures near and above 78 degrees are generally the threshold. 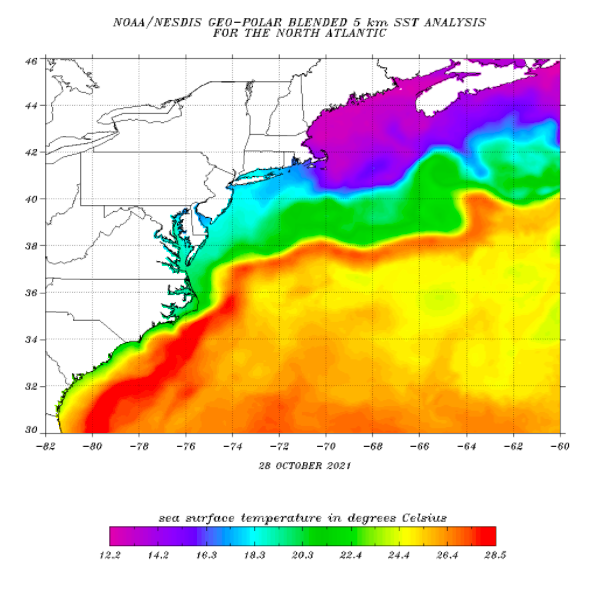 This map shows sea surface temperatures in degrees Celsius over the northwestern Atlantic as of Thursday, Oct. 28, 2021. (NOAA)

However, several hundred miles offshore, water temperatures are higher. As the system turns eastward and treks over that warmer water, there could be some tropical development. The area where development may take place is somewhat detached from disruptive wind shear to the east.

No official names are given to non-tropical storms in the U.S., but toward the latter part of the lifecycle of the storm in late October and early November three decades ago, it became apparent that a tropical storm or hurricane had formed near the center of circulation. Despite this, no name was officially assigned to the storm by the National Hurricane Center.

The storm in 1991 had some piece of the tropics with it since it had absorbed Hurricane Grace, but the system churning just offshore in the Atlantic this week has no real tropical roots, according to AccuWeather Senior Meteorologist Randy Adkins.

The next and final name on the pre-determined list of tropical storm names for the 2021 Atlantic hurricane season is Wanda. 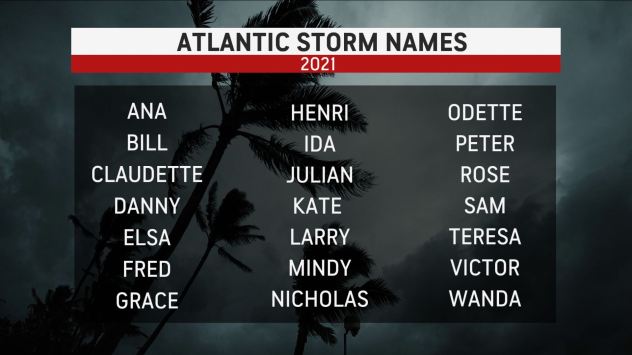 There have been 20 named systems as of Friday morning, Oct. 29, of which one was a sub-tropical storm (Teresa), with seven hurricanes. Four of the systems strengthened into major hurricanes of Category 3 strength or greater.

The most intense tropical system of the season has been Category 4 Hurricane Sam with maximum sustained winds that reached 155 mph. Fortunately, Sam remained at sea while a tropical system from Sept. 22 to Oct. 5. However, the second strongest hurricane of the season, Category 4 Hurricane Ida, produced maximum sustained winds of 150 mph and slammed into the Louisiana coast on Aug. 29. Ida was a deadly and destructive hurricane in the U.S. with 95 fatalities and damage estimates of at least $60 billion.

Should Wanda form, the 2021 Atlantic hurricane season will be solely in third place of the number of named systems, surpassing the 1930 season (20 named storms). Only the infamous 2005 season, which brought Katrina and 28 systems of tropical storm strength or greater, and the record 2020 season with 30 named systems had more.