Hurricane Sam remains a Category 4 storm. Get the forecast on where it will track next.

With Nicholas bearing down, 'anxious' Louisianans brace for another storm

Back-to-back tropical blows could spell more heartache and headaches for residents across the Bayou State, many of whom are still recovering from last year's tragedies as well.

More than 100 birds have been found covered in oil after crude oil spilled from a refinery flooded during Hurricane Ida.

Not nearly as many people remember Hurricane Rita from 2005 as they do Hurricane Katrina.

Just three weeks after Katrina stormed its way into the history books with life-altering, city-devastating impacts in southeastern Louisiana, Rita made landfall near the Texas-Louisiana border and left billions of dollars of its own devastation, piggybacking Katrina to redamage the hardly repaired areas of the Gulf Coast.

Less than three weeks after Hurricane Ida ravaged southeastern Louisiana, Nicholas moving across Texas after making landfall on the coast. And while it does that, meteorologists say the already exhausted residents of Louisiana should be on guard for yet another round of dousing tropical impacts.

"The neighbors and all of us, we're feeling pretty anxious watching this other depression out there," Valerie Williams of Luling, Louisiana, told The New York Times. Her house's roof still wears the blue tarp bandage after taking a beating from Ida's damaging winds. "We don't need another one, we really don't."

While Nicholas is not likely to reach the intensity that both Katrina and Rita did 16 years ago, weary Louisianans aren't taking solace in that. Louisiana Gov. John Bel Edwards declared another state of emergency for the pummeled region, urging residents to once again ready themselves. 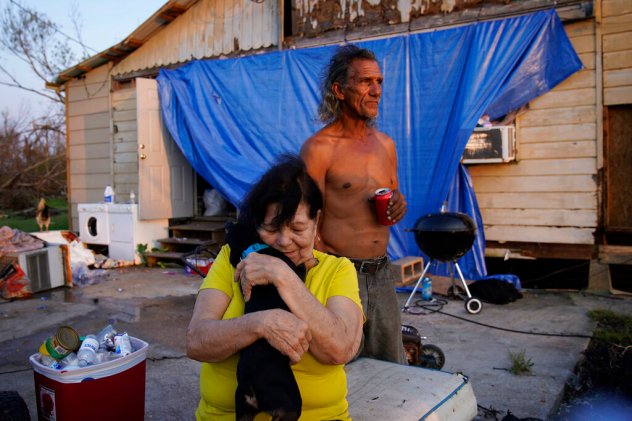 FILE - In this Sept. 4, 2021 file photo, Yvonne Lacobon hugs a dog beside Tommy Williams at Williams' home damaged by Hurricane Ida, in Dulac, La. Louisiana students, who were back in class after a year and a half of COVID-19 disruptions kept many of them at home, are now missing school again after Hurricane Ida. A quarter-million public school students statewide have no school to report to, though top educators are promising a return is, at most, weeks away, not months. (AP Photo/John Locher, File)

In the western half of the state, where Nicholas will likely target more directly, Gov. Edwards also made note of the ongoing recovery efforts from storms that preceded Ida.

“The most severe threat to Louisiana is in the Southwest portion of the state, where recovery from Hurricane Laura and the May flooding is ongoing," he said in a statement. "In this area, heavy rain and flash flooding are possible."

At the scene of Ida's crime in the southeast, more than 100,000 customers were still without electricity Monday from the hurricane, according to PowerOutage.us, some two weeks after landfall. The outages were most notably concentrated in the parishes of Terrebonne, Lafourche, St. Charles, and St. John the Baptist. 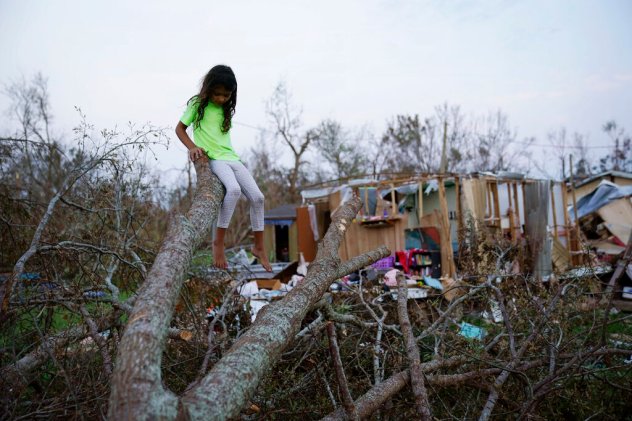 FILE - In this Sept. 4, 2021 file photo, six-year-old Mary-Louise Lacobon sits on a fallen tree beside the remnants of her family's home destroyed by Hurricane Ida, in Dulac, La. Louisiana students, who were back in class after a year and a half of COVID-19 disruptions kept many of them at home, are now missing school again after Hurricane Ida. A quarter-million public school students statewide have no school to report to, though top educators are promising a return is, at most, weeks away, not months. (AP Photo/John Locher, File)

Lake Charles is located about 200 miles northwest of Port Fourchon, where Ida made its first U.S. landfall, and largely avoided the wrath of the Category 4 hurricane. However, Lake Charles certainly isn't unscathed, as the city is still reeling from the trauma from last season's hurricanes, Laura and Delta.

"However, it is also likely that all of South Louisiana will see heavy rain this week, including areas recently affected by Hurricane Ida," Gov. Edwards continued in his press release. "This tropical storm has the potential to disrupt some power restoration and recovery work currently underway. I encourage anyone who has had recent damage from Ida, Laura or other disasters to take necessary measures to protect their home or business from additional harm."

Lake Charles Mayor Nic Hunter told The Associated Press that his city still bears the scars of last year's storms and ensured that the area was taking Nicholas seriously.

“Hope and prayer is not a good game plan,” he said. 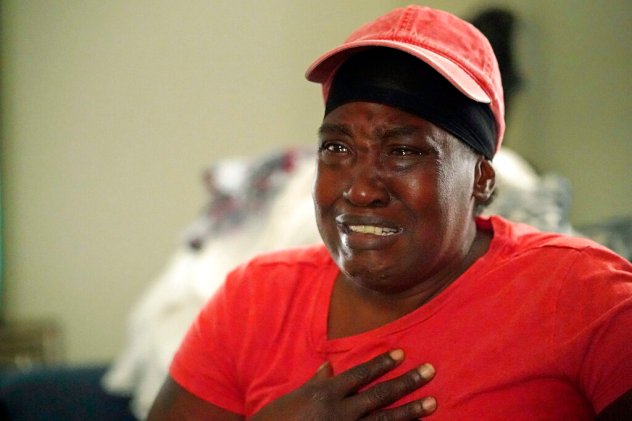 Natasha Blunt cries as she discusses her plight in her apartment in the aftermath of Hurricane Ida in Chalmette, La., Monday, Sept. 6, 2021. Before Ida hit, the New Orleans native had hardly recovered from eviction and loss of her catering job during the pandemic. The storm, which left her in the dark and without power for several days, has taken Blunt to the brink. Unable to work as her health deteriorates from a pair of strokes, Blunt is still facing eviction while she cares for her 5-year-old grandson. (AP Photo/Gerald Herbert)

In Cameron Parish, another western Louisiana area that was spared by Ida but is still reeling from last season, resident Scott Tahran told the AP that he hasn't even finished repairs from Laura yet as Nicholas looms.

About 2 feet of water from Laura flooded his home last August and he hopes repairs will be completed by Christmas.

But for many others in his area, repairs were never begun as neighbors said 'enough' and moved away for good.

"If you get your butt whipped about four times, you are not going to get back up again," he told The AP. "You are going to go somewhere else."

More from this year's hurricane season:

Hurricane Why was Ida so devastating to the Northeast?

Hurricane Why Sept. 10 is the climatological peak of hurricane season