Tiny new safety feature on snowplows could save lives

With dozens of accidents between snowplows and other vehicles occurring each year, nearly 300 plows in South Dakota will be outfitted with a new feature that costs just $200 and one DOT official says is “a no-brainer.”

In recent years, several states have done more to make snowplows easier for drivers to see during winter storms. One method has been adding flashing blue lights to their fleet of vehicles.

Blinking blue lights may look more fitting on a Christmas tree this time of year, but they were recently added to a fleet of South Dakota snowplows for a different reason – safety.

Despite the fact that most plows and trucks are painted orange, drivers need all the help they can get in going from point A to point B once snow starts falling. And snowplow drivers, who make those drives possible, could also use more help.

Tyler Green, an equipment manager with the South Dakota Department of Transportation, told AccuWeather National Reporter Emmy Victor that snowplows in his state historically average about 35 crashes per year. To protect all drivers, he said, hundreds of additional snowplows will be outfitted with the flashing blue lights.

"We added about 280 more this year," he said. "The reason we chose 280 is because they are the newer trucks that are equipped with the flasher that will support that light. As we work the older side of our fleet out, everything will come in with a blue light." 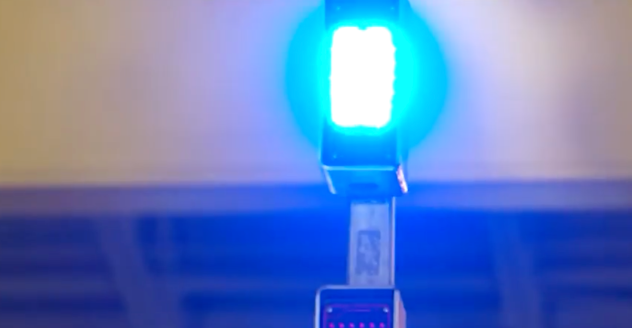 These blue lights will be added to nearly 300 snowplows in South Dakota to help increase the vehicles' visibility. (AccWeather/Emmy Victor)

South Dakota's growing blue-light fleet joins a number of other states that have added the safety measure in recent years.

Farther north, in Canada, the blue lights are banned on all cars except for "road service vehicles," which helps the snowplows stand out.

"Blue flashing lights are highly conspicuous and are required on highway snowplows, which often work in poor visibility conditions," Bob Nicholls of the Ontario Ministry of Transportation said in 2015. "Such lights are indeed restricted to road service vehicles operated by or on behalf of a road authority."

"It seems like with the yellow lights, people got somewhat complacent," he said. "Everywhere you go, you see a yellow light flashing on somebody. To bring this new visibility to use seemed like a no-brainer." 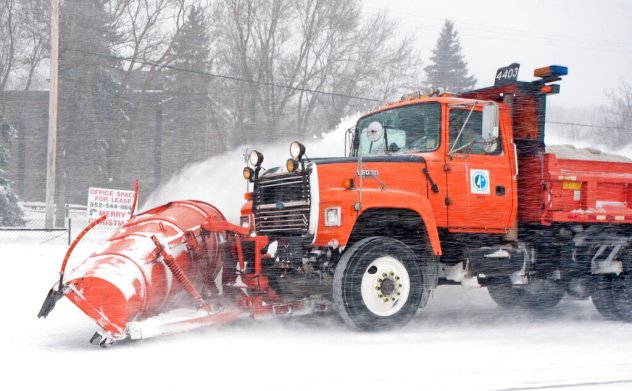 A snowplow clears the freeway during a snowstorm in Minneapolis on Saturday, Dec. 11, 2010. (AP Photo/Craig Lassig)

The new light, which is located on the top left corner of the vehicles, will cost about $200 per vehicle – a small price for life-saving safety, Green said.

In many other states, such as Ohio, data shows that crashes involving snowplows have been on the rise for years. Nearly 50 such accidents occurred in the winter of 2020-21 in Ohio, up from just eight the winter before.

A study published by Virginia Tech researchers highlighted some of the data from such accidents in other states as well. From 2012 to 2017, there were 1,354 crashes involving snowplows in Michigan. More than 30% of these accidents were caused by inattention or misjudgment by other drivers, according to the study, and poor visibility or blind spots.

While Green hopes the lights should greatly help fellow drivers, he said the onus is still on the other vehicles to keep a safe distance from the plows.

"When you see that snowplow, slow down and follow them at a safe distance until you find that it's a safe spot to get around them or until they pull off," he said. Because it’s not worth anybody’s life."

Everything you need to know about lake-effect snow