As cold air takes hold throughout the Northeast, everyone wants a way to warm up. AccuWeather's Dexter Henry takes a look at what beverages provide that extra body heat!

Few things encapsulate the joys of winter like coming back inside from the cold outdoors to a piping hot cup of tea, coffee or hot chocolate.

While it might seem obvious that such beverages should cool before consumption to minimize the risk of suffering a burned tongue, do we truly know the long-term dangers that could come from hot beverage injuries?

The word "injury" might sound like an extreme term if we're just considering a scalded tongue or a mouth sore, but the bigger risks come long after a person swallows something that's too hot.

In the esophagus, pains from a burn can last much longer than just a few minutes, and the enduring risks carry much larger concerns than a remedy like an ice cube or drinking a cool beverage could fix.

What such risks? Cancer. 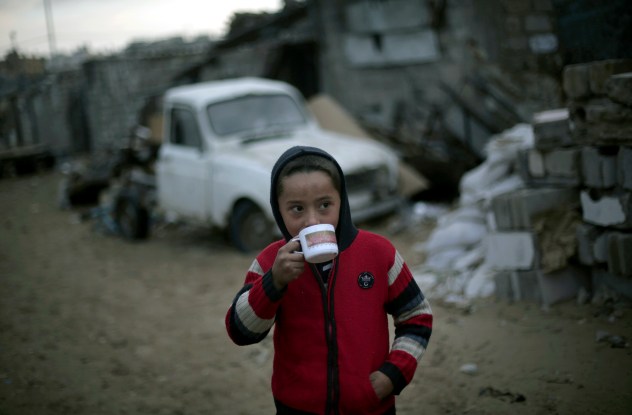 Dozens of studies have been conducted by researchers in recent years to show links between the temperature of hot beverages and the risk of esophageal cancer. One study, published by the International Journal of Cancer in 2019, specifically examined the association of preferred tea drinking temperature and the future risk of esophageal squamous cell carcinoma (ESCC) growth.

"Our study was the first prospective study to measure actual beverage drinking temperature in the general population (in more than 50,000 people) and assess the future risk of esophageal cancer in those people during the follow-up period of more than 10 years in average," Dr. Farhad Islami, the lead author of the study, told AccuWeather in an email.

How hot is too hot? Turns out, according to the study, there is a temperature limit, and it's not necessarily based on individual tolerance.

Islami, a scientific director focused on cancer disparity research at the American Cancer Society, added that his team did expect to see a higher risk of esophageal cancer in the hot tea drinkers but also added that their results "substantially strengthen the existing evidence supporting an association between hot beverage drinking and ESCC."

Esophageal cancer is among the most common forms of cancer and also among the most deadly. According to a study from the National Institute of Health, it is the sixth-leading cause of cancer deaths worldwide. 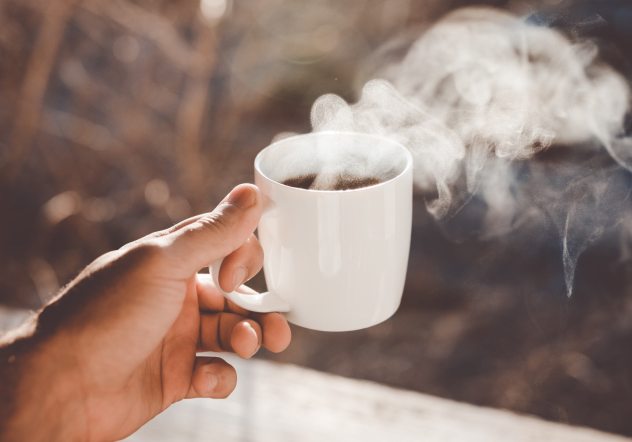 By examining the consumption behaviors of more than 50,000 tea drinkers between the ages of 45 and 70, over the course of about 10 years, Islami's team pulled off the first large-scale prospective study. The results suggest that an easy behavioral tweak could be life-saving.

"What we studied was to wait for a few minutes (usually about 4 to 5 minutes) until hot beverages cool down," Islami said. "People may consider other ways to reduce their hot beverages’ temperature, such as adding ice, although we did not study this," he added.

The study also took the gap of time between pour and sip into consideration as well. The subjects' reported preference for very hot tea drinking and reported shorter time from pouring tea to drinking were notably associated with ESCC risk.

While including a thermometer with your daily tea drinking may not be part of your current routine, Islami said their results show that consuming beverages hotter than 140 degrees Fahrenheit (60 degrees Celsius) seems to be associated with a higher cancer risk. 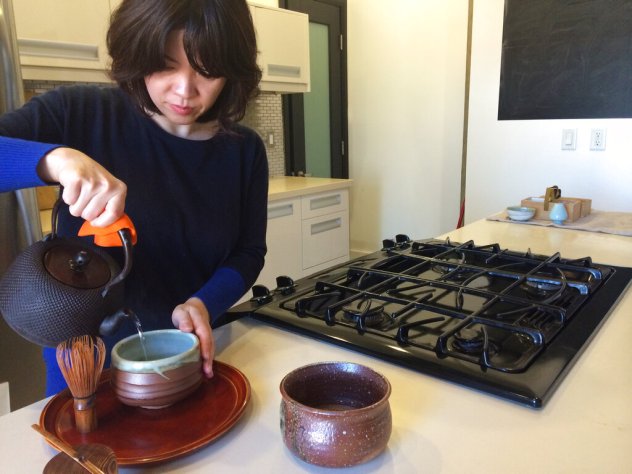 Compared to those who drank less than 700 milliliters (about 23 ounces or two regular size mugs), individuals from the study that consumed over 700 milliliters of higher-temperature tea warmer than 140 degrees had "an about 90% increase in ESCC risk," the study's abstract reads.

Islami told AccuWeather that it wouldn't be safe to directly relate his study's findings with the consumption of hot foods because of the different ways in which people eat food versus how they drink liquids.

He pointed to the difference in speeds by which people usually swallow solid foods compared to hot beverages. While chewing, solid foods may get colder and reach the esophagus less quickly.

"Although a few studies have suggested an association between hot foods and esophageal cancer risk, more research is needed on this topic, as those studies had the similar limitations as to previous studies on hot beverages."

One such study that did examine that link was conducted by Dr. Julia Andrici and Dr. Guy Eslick, both from The University of Sydney in Penrith, Australia. In their publication, which also focused on the esophageal cancer risks associated with consuming hot drinks and foods, the authors stated that consumption of hot foods can also be directly linked with increased cancer risks. 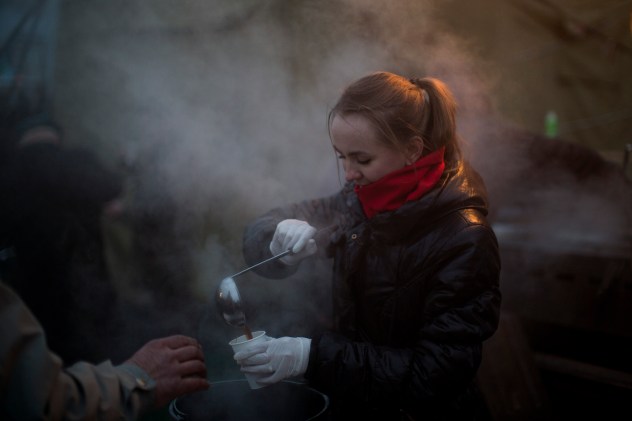 Other studies, such as one conducted by Chinese researchers from Peking University Health Science Center in Beijing, add that the increased cancer risks for tea drinkers spike when coupled with excessive alcohol consumption and tobacco smoking.

The Beijing team's findings stated that among their participants, the risk of esophageal cancer was fives times higher in people who drank very hot tea and also daily drank more than 15 grams of alcohol. Among those who drank piping hot tea each day and also smoked tobacco, that risk doubled compared with nonsmokers who drank tea only occasionally.

"It has been long known from other studies that smoking and heavy alcohol drinking cause esophageal squamous cell carcinoma," Islami told AccuWeather. "In our study, other factors that contributed to an increase in esophageal squamous cell carcinoma risk included low fruit intake, low vegetable intake, exposure to indoor air pollution (using indoor fuels other than natural gas without chimneys), drinking un-piped water (untreated water from wells, cisterns and natural sources), poor oral health and opium use."

But behind all of that, Islami said, the simple behavioral adjustment of letting your drink sit for just four to five minutes could be all the protection needed.

"I think what people could do is relatively simple: They could wait for a few minutes to let their hot beverages cool down," he said. "They could still enjoy their favorite beverages without increasing their cancer risk by drinking them colder."

How to stop glasses from fogging up while wearing a mask in winter
Drone footage shows spectacular view of ghost town frozen in time
Snow was so deep, city had to dump it off bridges
Terrifying video shows why snow squalls are so dangerous