How this fox gives a 'tell-tail' sign of winter cold

Jasper the 8-year-old red fox has the important job of helping to educate visitors at Lakota Wolf Rescue about foxes like himself -- but he also possesses a unique skill others like him do not have.

An eight-year-old red fox named Jasper has been accurately predicting winters throughout his life using his coat and tail.

Jasper the 8-year-old red fox has a unique skill other red foxes do not possess.

Jasper, who lives in the Lakota Wolf Preserve in Columbia, New Jersey, is able to accurately predict winters through his coat and his tail, AccuWeather's Jillian Angeline reports.

His coat first began to come in August -- fluffy and thick just like his tail is.

“It was his second winter -- I was amazed at how thick his coat was coming in and his tail," Becky Mace, the owner of the Lakota Wolf Preserve, told Angeline.

“Normally they don’t do that until November or December, so if he puts in a silver coat over the black coat, snow, lot of snow," she said. 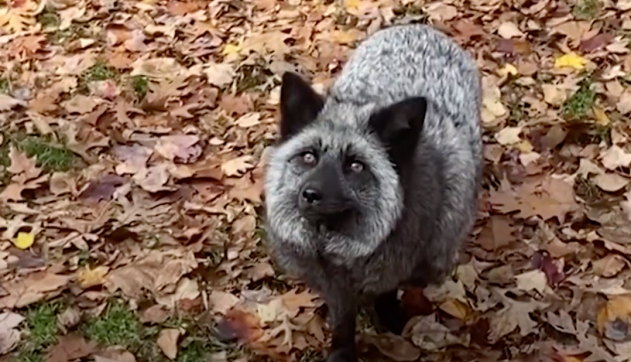 Jasper, the 8-year-old red fox, is able to predict what the winter's temperatures will bring with his coat and tail, according to Becky Mace, the owner of the Lakota Wolf Preserve. (AccuWeather/Jillian Angeline)

Mace explained that his tail is a telltale sign for how mild the winter will turn out to be. She says that the thicker his tail, the colder the winter ends up being.

"The following winter, it was pretty mild, so he put in about half the size,” Mace said.

Unfortunately, Jasper may only have one winter left, as he was diagnosed with bladder cancer, which has left the team at Lakota Wolf Rescue "heartbroken,” Mace said.

Jasper will soon begin chemotherapy treatments with the help of an oncologist, but Mace told Angeline that if he does not handle the treatments well she will be left with a difficult decision -- which she called the "worst part of the job." 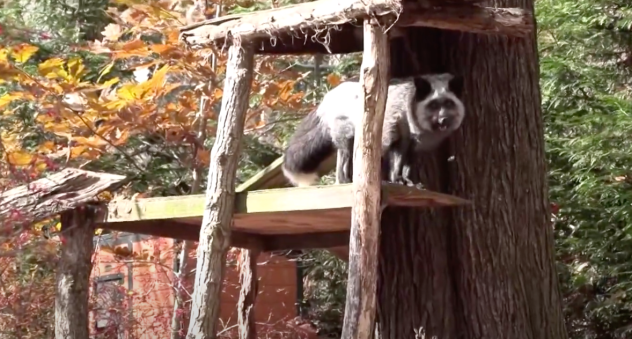 Jasper the red fox was diagnosed with bladder cancer, and will soon begin chemotherapy treatments in an attempt to battle it. (AccuWeather/Jillian Angeline)

“It’s the worst part of the job, the worst part when you lose one," she said. "But then people say 'why do you keep doing it?' Because there’s a purpose behind it to educate people about wildlife and show them how awesome they are.”

Jasper helps the team at Lakota Wolf Preserve share that message with children and other visitors every day, where he is able to demonstrate the true nature of foxes to them -- playful, social and clever. Mace said there is something that humans can learn from foxes like Jasper.

“They like to have a good time. I think we should all follow suit," Mace said. "Life’s hard, life’s short, stressful, but have fun when you can. That’s a fox.”