The death of the longtime city worker has left officials “heartbroken,” leading to the suspension of snow-clearing efforts until Friday morning.

At approximately 11:15 a.m. local time, a male city worker was fatally struck by a high lift during an operation in south Buffalo. Buffalo Police Commissioner Joseph Gramaglia noted during a press conference that a high-loader truck drove in reverse and fatally struck the worker in the process of dumping a load of snow into a dump truck. He was declared dead at the scene.

"We are heartbroken," Buffalo Mayor Byron Brown said Wednesday. "We are in pain right now having suffered this loss."

Brown noted that the city is "still piecing together" the investigation. The striking vehicle was noted as a third-party contractor that was retained by the city to assist in snow removal efforts, and inspections of the vehicles involved will be conducted. 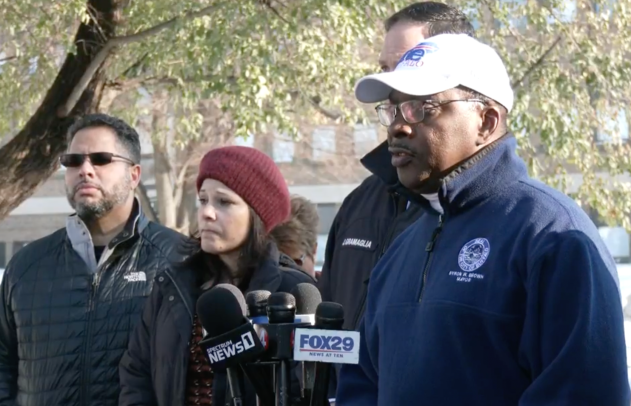 The male victim has not been identified as of Wednesday afternoon, as the city is notifying family members of the incident, but the deceased was said to be a "very experienced member" of the city's team that had been working in Buffalo for decades. A bouquet of flowers was left for the victim Wednesday afternoon along McKinley Parkway in South Buffalo.

As a result of the death, the city has suspended further snow removal operations in Buffalo from 5 p.m. local time Wednesday until 7 a.m. local time on Friday.

The task of removing more than 6 feet of snow accumulation in Buffalo and the greater Erie County, New York area has incurred several deaths, including the Buffalo city employee as well as three county residents that died during the storm due to cardiac arrest while clearing snow.

Snow removal for Buffalo and its surrounding towns and villages such as Orchard Park and Hamburg, which picked up 80-plus inches of accumulation, has utilized both machinery and human power since the storm began last week.

"This is a situation where our workers are working continuously around the clock, with a passion to open up communities for our residents, for their neighbors," Brown said.

This past Sunday, large payloads and dump trucks provided by private contractors began to clear out and widen major roads and streets, those that weren’t cleared by smaller plows. As of Sunday evening, Hamburg alone had 27 payloads on local roads alongside trucks.

Roads such as Route 20 were still being cleared of stranded vehicles, including tractor-trailers, as well into Sunday. 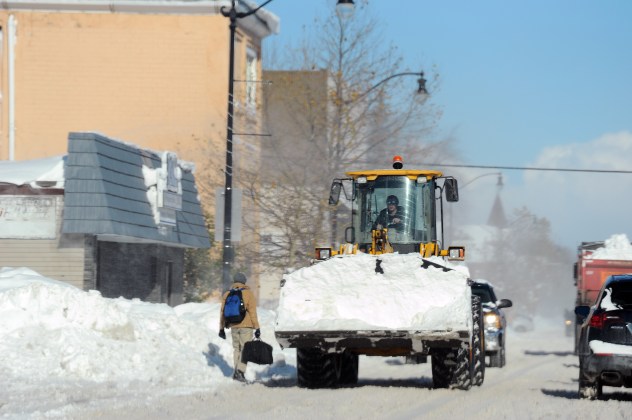 A pedestrian avoids a loader after an intense lake-effect snowstorm that impacted the Buffalo area on November 20, 2022. (Photo by John Normile/Getty Images)

Residents took to driveways, roofs and streets to remove snow, starting the process even when the precipitation was still falling. In Orchard Park, AccuWeather National Reporter Jillian Angeline spoke with several who took on the storm, including one man who made sure to have enough gas in his snowblower.

“When the snow started getting very heavy, I just had to keep up with it,” Orchard Park resident Dave Santana said. “That was the only way, to keep ahead of it. But, it wasn’t that bad. My daughter loved it, she loved playing in the snow. It’s a lot of work, but it’s something we expected at least a week ago … we got ready for it.”

Residents even went up to their roofs to clear the snow, in order to prevent them from collapsing under the weight of the accumulation. Several businesses in both Orchard Park and Hamburg were still impacted, with one Hamburg bowling alley now slated to be demolished due to its own partial roof collapse, according to The Buffalo News.