What is a heat dome?

The heat dome weather phenomenon can cause record-breaking temperatures in regions not used to experiencing such brutally hot weather.

Parts of the Pacific Northwest and Canada are experiencing the most extreme heat wave they have ever seen. In Portland, the temperature shot up to 116 degrees Fahrenheit on Monday, smashing the previous record daily record of 100 F. Canada's all-time record high temperature was shattered as the temperature in Lytton, British Columbia, shot up to 121 F Tuesday.

These record high temperatures were possible thanks to a heat dome that parked itself over the region. But what exactly is a heat dome?

The heat dome phenomena develops when there is a large poleward shift in the jet stream, which becomes wavy and elongated. When this happens, a high pressure system can get "stuck" in place, forming a heat dome.

"When the jet streams shifts far to the north it allows extreme heat to surge into places that typically do not experience such conditions," AccuWeather Senior Meteorologist Randy Adkins said. "It's almost like allowing an airmass that you would normally see in the Desert Southwest shift to the Pacific Northwest."

A heat dome can cause seriously hot weather to develop. (AccuWeather)

Air under a heat dome sinks, further increasing the warming at the surface as the air compresses.

The clockwise circulation of air associated with the area of high pressure can act "like a dome or cap, trapping heat at the surface and favoring the formation of a heat wave," the National Oceanic and Atmospheric Administration (NOAA) explained in a blog post.

According to Adkins, heat domes can occur "anywhere in high-latitude locations, including New England and southeastern Canada, Europe, Siberia and Australia."

Underneath of a heat dome, the air can become quite stagnant, leading to air quality concerns, especially when heat-fueled wildfires burn in a region.

How unusual is the heat wave in the Pacific Northwest?

Adkins had one word for the heat in the Pacific Northwest - "unprecedented." 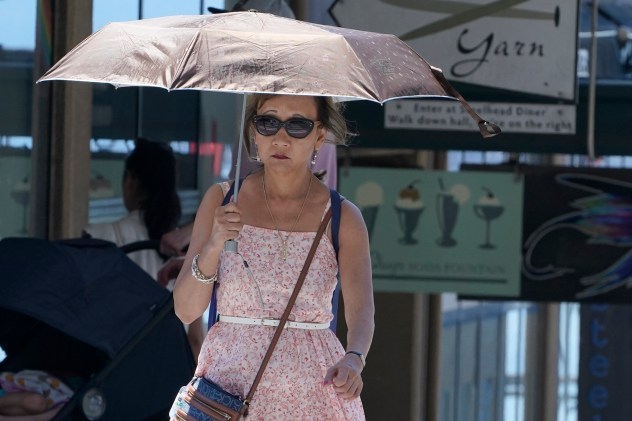 That said, heat domes do occur periodically in the Pacific Northwest and the phenomenon is not new. The intensity of this heat dome is what is unique, though, making some wonder whether there is a link to climate change.

"With regard to climate change, it is expected that the jet stream will become move wavy in the future as average temperatures continue to climb, making these large deviations, and subsequently extreme heat events, more common," Adkins said.

Climate change has also contributed to a general warming of summers in the Pacific Northwest, which has warmed by about three degrees Fahrenheit in the last 50 years, according to The Associated Press.

"In a world without climate change, this still would have been a really extreme heat wave,” Zeke Hausfather, a scientist at the climate-data nonprofit Berkeley Earth, told the AP. “This is worse than the same event would have been 50 years ago, and notably so.”