Christmas weekend storm to unfold with snow, wind and severe weather in central US

Snow, wind and rain could threaten travel over a large part of the central United States this weekend, centered on Christmas Day.

While only minor weather-related travel issues are anticipated for much of the nation this week, a large and major storm will develop during the Christmas weekend. 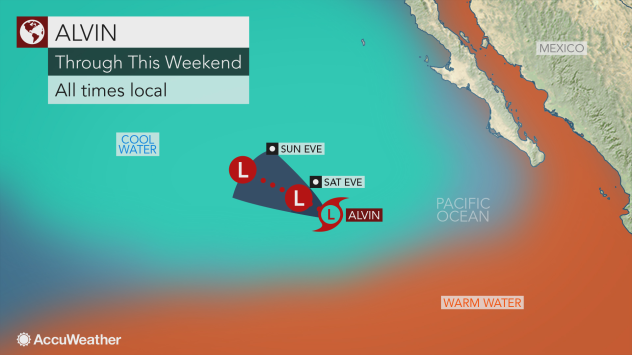 People with long-distance or local travel plans from Saturday to Monday along the Interstate 25, I-70, I-80, I-90 and I-94 corridors from the High Plains to the Upper Midwest should monitor the forecast and storm's progress.

The parent storm system is currently over the Pacific Ocean. The storm is projected to move onshore over northern California Friday morning.

The storm will then move rather quickly across the Intermountain West with low-elevation rain and high-elevation snow from California to Utah on Saturday, according to AccuWeather Senior Meteorologist Brett Anderson. 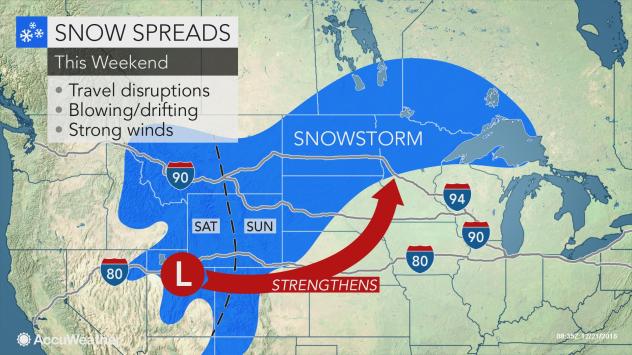 "However, the storm may strengthen and reduce its forward speed as it travels northeastward from the central Plains toward the Upper Midwest from Christmas Day to Monday," Anderson said.

Direct impacts are possible on the major cities of Denver, Minneapolis, Chicago and Kansas City, Missouri.

If the storm develops to its full potential, then the impacts could range from major travel disruptions to power outages and property damage.

The intense version of this storm could cause high winds, as well as flooding rain and severe weather on its southeastern flank, but snow, plunging temperatures and blizzard conditions will be on its northwestern flank, according to AccuWeather Senior Meteorologist Henry Margusity.

"The exact track and strength of such a strong storm would determine not only where the weather battle zone between rain, ice and snow would be, but also the northern and eastward extent of severe thunderstorms," Margusity said.

With a potential major storm in the Central states, the weather in the eastern and western thirds of the nation could be tranquil on Christmas Day.

By Monday, there is the potential for heavy snow and wind to spread into part of southern Manitoba and northwestern Ontario. Strong to locally severe thunderstorms may swing through part of the Mississippi Valley.

From Saturday through Monday, ripple-effect delays can affect airlines across the nation if crews and aircraft are displaced because of a major storm over the Central states.