AccuWeather has announced it has partnered with the music streaming service, Spotify, on a new site titled Climatune.

Climatune was created by AccuWeather and Spotify to give music fans around the world insights into how the weather around them affects the music they listen to everyday, providing the perfect musical score for any weather. 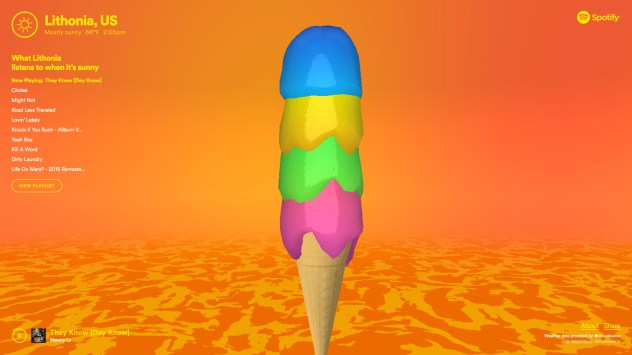 Through a yearlong study comparing 85 billion anonymized streams on Spotify in over 900 cities nationwide, AccuWeather and Spotify analyzed the impact weather has on the music people listen to. Conclusions included:

However, there are variations in weather/listening behavior based on location. For example, in the U.S.:

“There is a clear connection between what’s in the skies and what’s on users’ play queues,” said Spotify data researcher, Ian Anderson. “For almost all of the major cities around the world that we studied, sunny days translate to higher streams of happier-sounding music,” said Anderson. “Sunny weather has an even bigger impact in Europe.” 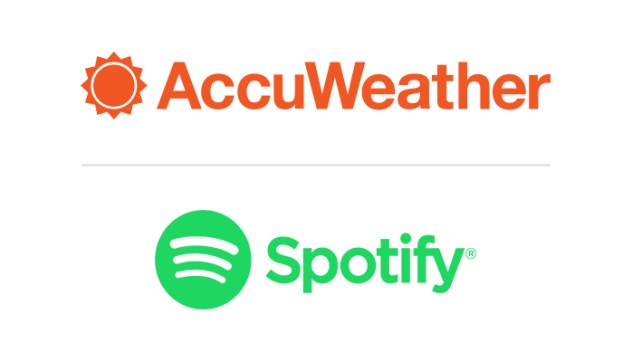 “AccuWeather is pleased to partner with Spotify, combining the power of AccuWeather’s comprehensive global weather data and music,” said Steven Smith, President of Digital Media at AccuWeather. “Climatune is another innovative, engaging way that AccuWeather personalizes the weather so people can improve their lives.”

Climatune provides Spotify users with music playlists based on the weather in that user’s area, and the moods which fellow local music listeners experience during weather conditions, such as sun, clouds, rain, wind, and snow.

The Climatune site is available here.