While rain and mountain snow are forecast in the Northwest, residents farther south in portions of California and into the southwestern U.S. will have to contend with gusty winds as the cold front moves through the region.

As trees changed colors, a freight train was seen winding through a valley near Morgan, Utah, on Sept. 22.

As wildfires rage and largely dry conditions continue across the West, residents and firefighters alike are anxiously waiting for Mother Nature to lend a helping hand as the wettest period of the year is right around the corner. Fortunately for some, relief is on the way, while for others, the danger will remain high.

Some relief arrived in the Pacific Northwest last weekend, with places from Portland, Oregon, to Seattle picking up a few inches of rainfall, while areas in the Olympic and Cascade mountains picked up nearly 7 inches in spots, especially near the border between Washington and British Columbia, Canada. 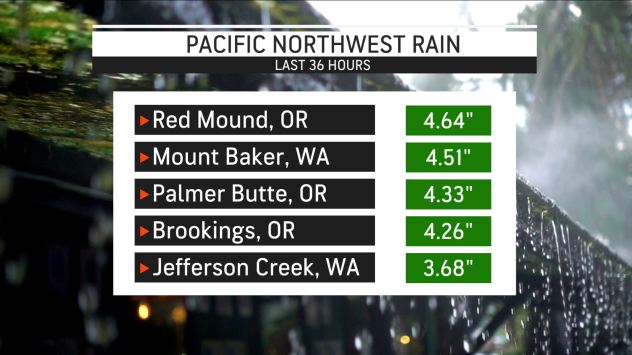 AccuWeather meteorologists are watching for another round of wet weather expected to bring more rain, some mountain snow and cooler conditions to the Pacific Northwest on Tuesday.

People in both the interior and coastal Northwest will breathe a sigh of relief with the next round of rain as many locations have experienced below-normal precipitation for the past several months. 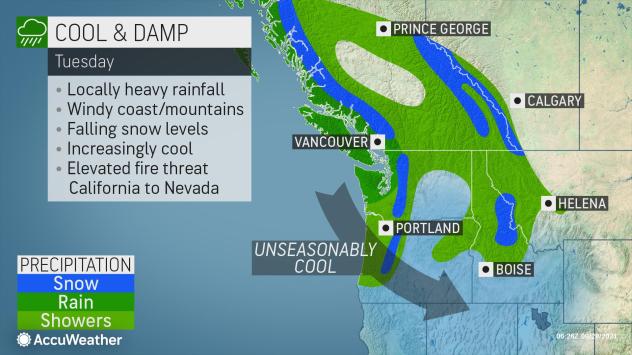 "In fact, it was the driest spring and summer on record in Seattle, where records go back 77 years at the Seattle-Tacoma International Airport. That dryness extended farther down the coast as well," AccuWeather Meteorologist Ryan Adamson explained.

Seattle received only 11% of its normal precipitation throughout August, and Portland reported a measly 9% of average. According to the United States Drought Monitor, more than 70% of Oregon is dealing with extreme drought conditions, while more than 45% of Washington is in the midst of an extreme drought.

Dry conditions have also allowed many large wildfires to rage in the western U.S. this summer, particularly farther south in parched California. 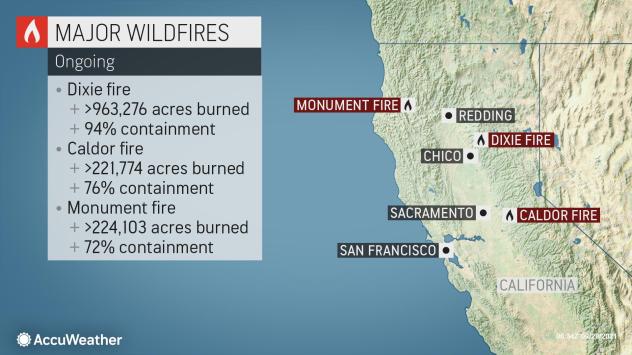 Drenching rain will help douse areas from Northern California extending north along much of the Interstate 5 corridor into Washington and across Idaho, aiding in the fire-fighting effort across the region and helping the extreme drought.

Rain was relatively light on Sunday and Sunday night but became heavier on Monday and will remain so at times early on Tuesday as a potent cold front associated with the storm passes over Washington and Oregon. A general 0.50 of an inch to 1 inch of rain is likely at the low elevations, but along the west-facing slopes of the Olympics and Cascades, a general 2-4 inches of rain is likely.

Areas inland, east of the Cascades in portions of Washington, Oregon and parts of Idaho can expect a general 0.10 to 0.25 of an inch of rain with locally higher amounts early this week.

Some of the higher elevations in Oregon and Wyoming managed to pick up the season's first accumulation of snow with last weekend's storm. With the next system, many more locations are expected to receive their first taste of winter. 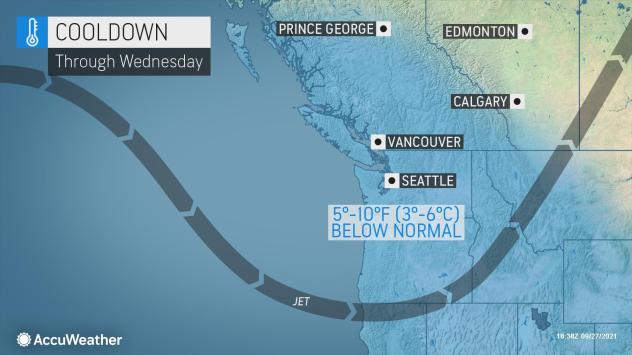 "Snow levels are expected to fall as cool air pushes into the region, and high winds are anticipated mainly along the coast and in the mountains," AccuWeather Meteorologist Jessica Storm said.

Accumulating snow is expected to be isolated and confined to elevations mainly above 5,500 feet. Since this is generally above pass level, motorists traveling through the Cascades should not have to contend with slushy or snow-covered roads. However, changing road conditions are likely where heavy rain persists, so motorists should be on alert for any reduction in visibility or ponding on roadways.

"Rain and snow showers will become lighter later on Tuesday and extend farther inland into Idaho and northwestern Montana before ending on Wednesday," Adamson explained. 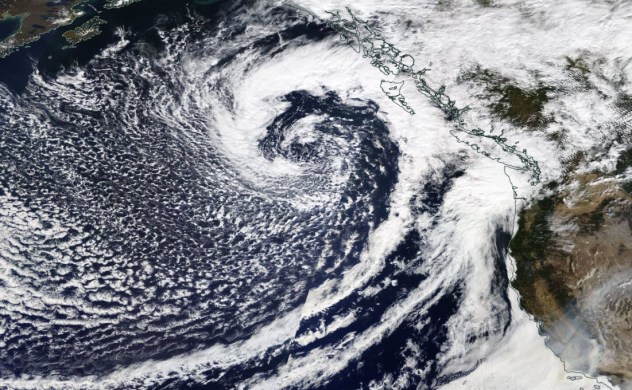 A large storm approaches the Pacific Northwest on September 26, 2021 (NASA)

While rain and mountain snow fall in the Northwest, residents farther south in portions of California and into the southwestern U.S. will have to contend with gusty winds as the cold front moves through the region.

"Winds will cause issues farther south across Northern and parts of Central California and even into southern Sierra and Southern California mountains on Tuesday," Smerbeck added. 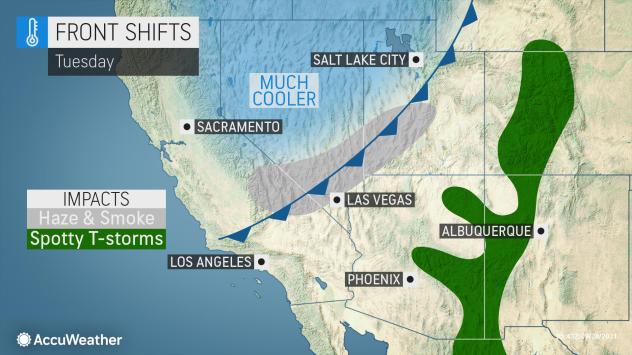 Farther south across California where winds turn gusty and dry weather persists, ongoing blazes may be fanned further. Some of the larger fires can even create their own locally strong winds due to the amount of heat generated by these infernos.

Smoke from the wildfires is likely to be more widely dispersed out of California during this time and into the High Plains.

As the storm is expected to move out of the West by Wednesday, resulting in rain and winds to subside across the region, by late this week another round of showers could impact the Northwest. Precipitation looks to be confined to areas of western Washington states as warm and dry conditions take hold across the rest of the western U.S.