Two tornado outbreaks and a flood already in March

UPDATE: Some more incredible March 2021 stats from the SPC (click on April 1, 2021 to see the entire Twitter thread with additional graphics):

March 2021 was an active month for tornadoes. Here is a review of how it stacks up. pic.twitter.com/Wevngjvwnj

ORIGINAL BLOG: As I write to you on these last days of March, the United States has already suffered through two tornado outbreaks in the South, and a deadly flood in Nashville, Tennessee, all this month. Typically, severe weather waits until April to kick in. This map shows the location of most of the tornadoes on March 17-18 and March 25-27: 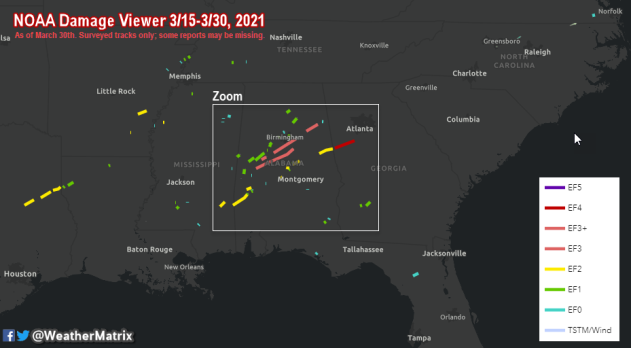 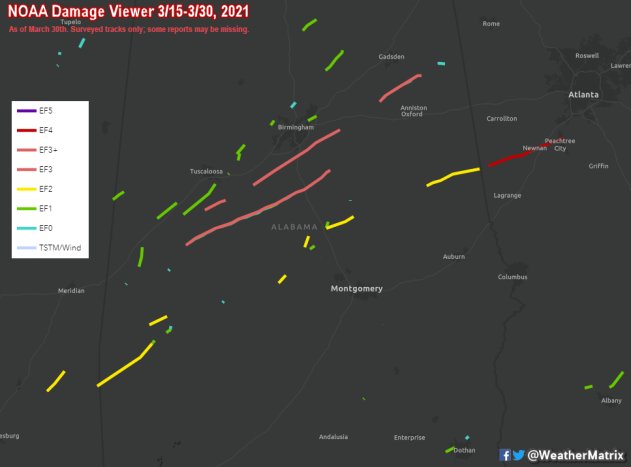 The SPC (Storm Prediction Center) issued two high risks this March, the first time since 1991. The first outbreak on March 17-18 tallied nearly 50 twisters, but fortunately no one was killed. There were also hundreds of hail, flood, and wind damage reports. Over 100 Tornado Warnings and nearly 300 Severe Thunderstorm Warnings were issued. 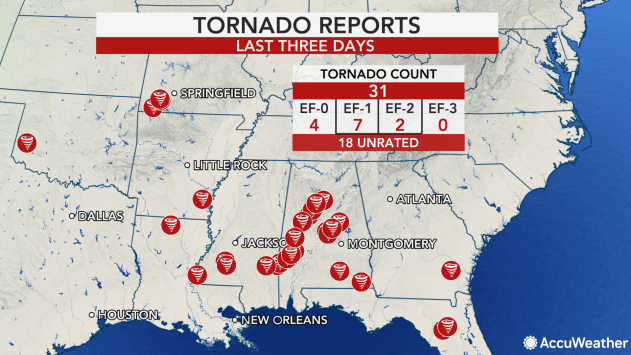 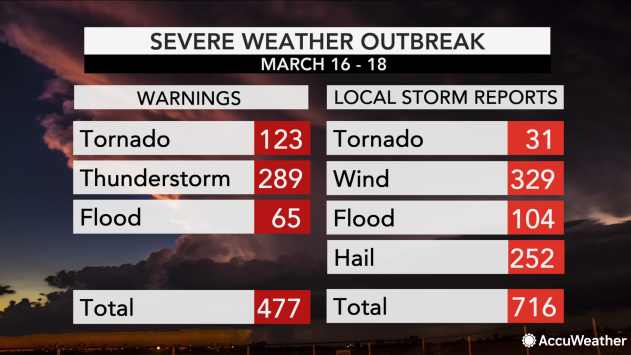 Last week's tornado reports have added up to around 20, so far, but there were a lot of larger, long-track and deadly tornadoes, as I had feared. Nine "Particularly Dangerous Tornado Emergency" warnings were issued. 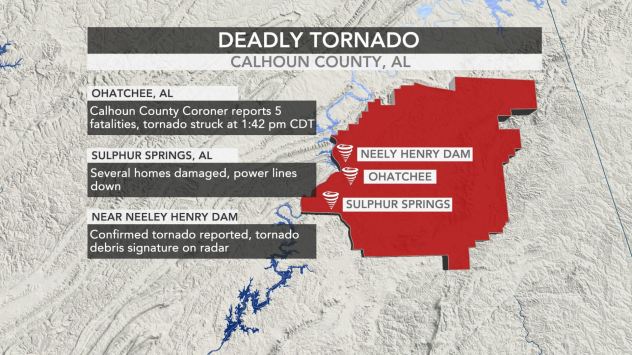 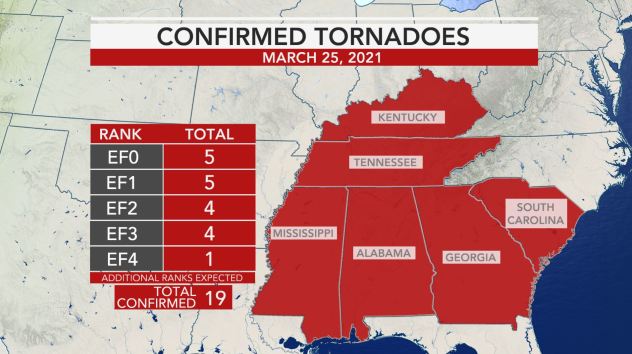 Tornadoes in Texas and Louisiana on March 27 were not included in the list above because those states are not part of the NWS's Eastern Region. 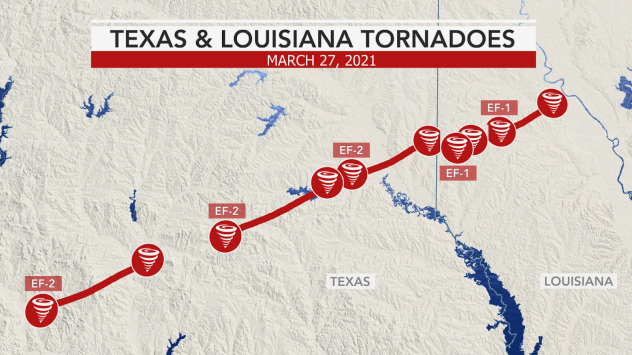 There was another significant tornado in Georgia last evening. Here are all the warnings and LSRs from the last 24 hours. pic.twitter.com/W377VxWvQw

At least 2 people were killed by severe flooding on the south side of Nashville, Tennessee last night. https://t.co/sPguzuMMEY pic.twitter.com/ll2Io501I7