AccuWeather meteorologists are tracking an abundance of tropical moisture which they say will enhance monsoon downpours across the Southwestern states and continue a threat for flash flooding to close out the weekend.

AccuWeather Chief On-Air Meteorologist Bernie Rayno, who has been scrutinizing the pattern all week across the Southwest, noted on Friday morning that all signs were pointing toward a "significant" flash flood threat across southern Arizona and New Mexico spanning through Sunday. 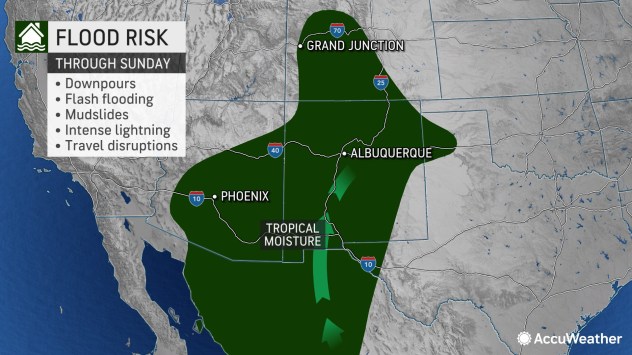 A pair of storms in the upper part of the atmosphere, paired with an increase in tropical moisture, can result in a life-threatening flash flooding situation from Tucson, Arizona, to El Paso, Texas, and Albuquerque, New Mexico, according to Rayno.

The influx of tropical moisture will result in more intense and widespread shower and thunderstorm activity than during a typical North American monsoon pattern. Rainfall rates could eclipse 1-2 inches per hour amid the heaviest downpours, but even a quick quarter to half of an inch of rain in a short amount of time can trigger flash flooding problems.

"This part of the country simply cannot handle rain pouring down at this rate," AccuWeather Senior Meteorologist Courtney Travis said.

Flood watches and warnings remained in effect for portions of New Mexico as of the midday hours on Sunday. 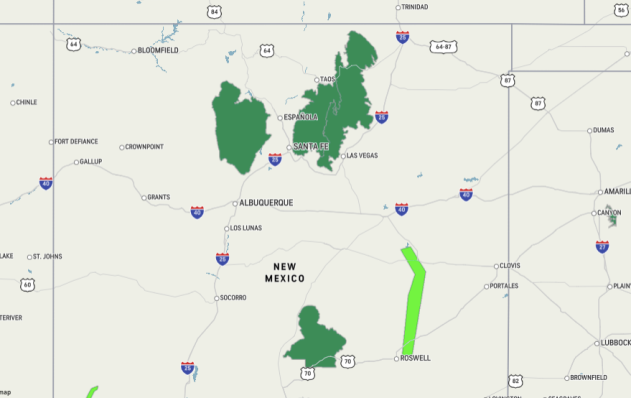 Forecasters urge residents and visitors alike to not let their guard down amid the pattern, as weather conditions can change from dry to potentially dangerous in a hurry. Even north of the greatest risk zone, a dangerous situation arose Saturday in Moab, Utah, when flash floods rushed down the streets and into local businesses.

In addition to an elevated risk of flash flooding, there could also be mudslides in the higher elevations or near burn scars, according to AccuWeather Meteorologist Nicole LoBiondo.

When this deluge occurs upstream of a canyon, river or dry stream bed, a wall of water can sweep downhill in a matter of minutes, even where the sun may be shining brightly overhead.

Anyone traveling on the roadways should use extreme caution in the coming days and avoid areas of high water. Even in the absence of flooding, downpours can reduce visibility and lead to slower travel times, experts say. 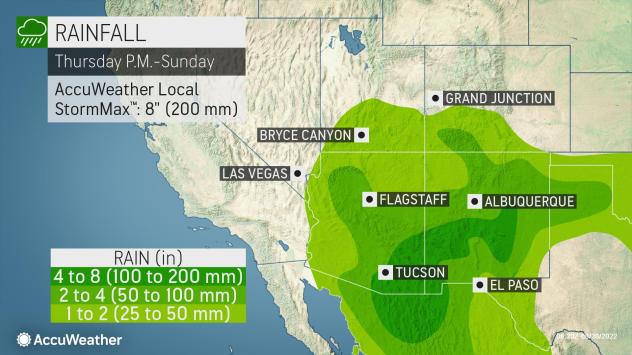 "Las Vegas, which has experienced two significant flash flood events amid its wettest monsoon season in 10 years, is expected to be spared from the most significant rainfall with this round of moisture, with mainly dry weather forecast in the city from the weekend into early this week," Travis said.

Despite the already active monsoon season, any additional non-flooding rain will be very beneficial to the Southwest as drought conditions continue across the region.

Trends since the middle of May have been promising in Arizona regarding the monsoon's impact on the drought. Drought conditions have decreased from affecting 98% of the state to 85%, according to the U.S. Drought Monitor's latest outlook released on Aug. 18. New Mexico has experienced a decrease in the areal coverage of drought from 99% to 92% during the same timeframe.

Forecasters say that the new week's drought outlook may show additional improvements, following the heavy rainfall expected through the weekend. 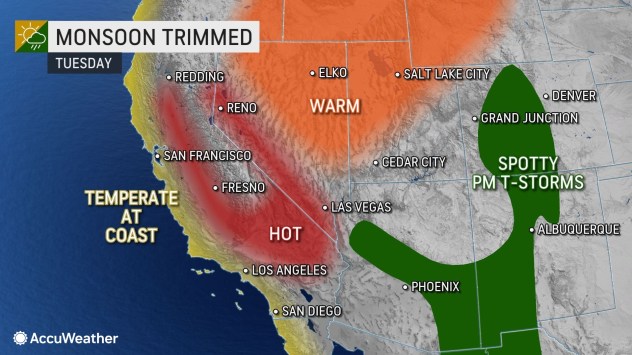 Isolated showers and thunderstorms are expected to continue right through this week in the Southwest, but meteorologists expect the most significant rainfall and greatest risk of flooding to shift eastward into the southern Plains by that time.