Another set of skeletal remains has been found in a beach area of the reservoir, adding to the growing list of grim discoveries being uncovered due to a worsening drought affecting the lake and Colorado River.

As water continues to drop to historically low levels, yet another set of human remains was found at Lake Mead National Recreational Area on the Colorado River Monday, according to National Park Service (NPS) officials. This latest corpse marks the fifth such discovery this year.

In a press release issued on Tuesday, the NPS stated that skeletal remains were reported to rangers around 8 p.m. on Monday near the lake's Swim Beach area, which sits between Nevada and Arizona.

Park rangers have since set up a perimeter at the location with help from the Las Vegas Metropolitan Police Department's dive team. The rest of the remains are scheduled to be recovered.

The Clark County Medical Examiner was also contacted to determine the cause and manner of death, and an investigation is underway. No further details were available at the time NPS issued its statement Tuesday. 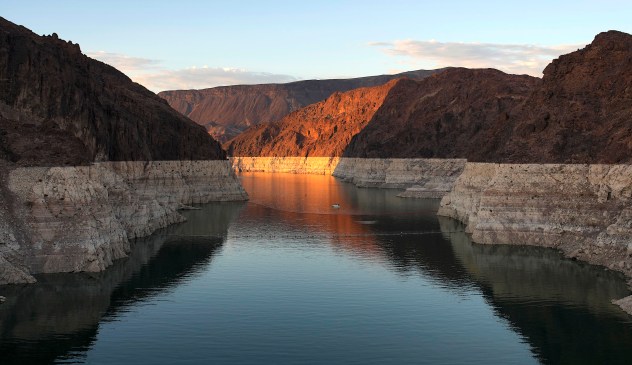 According to UPI, the first set of remains was discovered in a barrel on May 1 in what was believed to be a homicide victim from the 1980s.

At the time, Las Vegas Metropolitan Police Homicide Lt. Ray Spencer said there was a "good chance" more remains would be discovered in Lake Mead if the water levels continued to drop.

Days later, a second body was discovered by two paddle boarders. Then a third set of human remains was found in late July, followed by the fourth set in early August, in the same area where the most recent discovery was made.

And it's not just human remains that have been found on the edge of the lake. Dozen of sunken boats, including a World War II-era boat, trash and baby strollers also have been among the findings.

As the Southwest endures the driest two decades it's seen in more than a thousand years, federal officials announced on Tuesday that Arizona, Nevada and four other states will face cuts in the amount of water they can draw from the Colorado River, which has also dropped to record levels. U.S. officials said they made the move in order to protect the river's long-term sustainability. 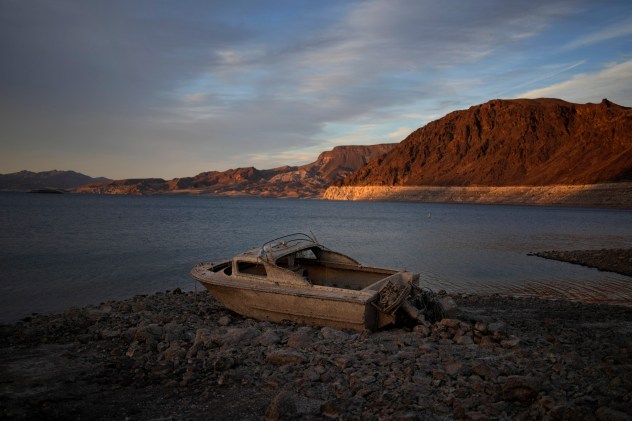 A sunken boat sits high and dry along the shoreline of Lake Mead at the Lake Mead National Recreation Area, on May 10, 2022, near Boulder City, Nevada. (AP Photo/John Locher)