The South Carolina resident slipped and fell into a pond, attracting the gator's attention, authorities said. 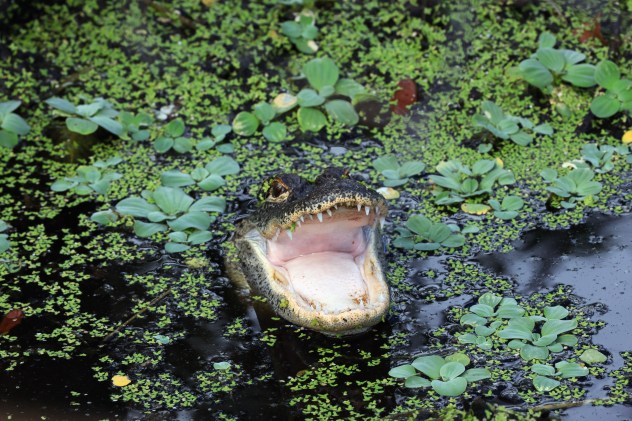 An alligator in the Wakodahatchee Wetlands on June 27, 2022, in Delray Beach, Florida. (Photo by Bruce Bennett/Getty Images)

A woman tending to her garden in a South Carolina community gave way to tragedy on Monday when an alligator attacked and killed the 88-year-old resident.

Nancy Becker was gardening in Sun City Hilton Head, an adult living community in Beaufort County, when she slipped into a nearby pond and attracted a 9-foot, 8-inch male alligator, according to the Beaufort County Sheriff's Office and the state Department of Natural Resources.

Responders at the scene found the gator "guarding" Becker, and the gator was subsequently euthanized.

According to the Department of Natural Resources and the sheriff's office, the attack was the fifth alligator death in South Carolina since 2000.

The incident took place about a month after another woman was attacked by two alligators in Englewood, Florida. The woman fell into a pond along the course at the Boca Royale Golf and Country Club and was struggling to stay afloat, according to local officials. Two alligators grabbed the woman while in the pond, and she was pronounced dead at the scene.

According to the Florida Fish and Wildlife Conservation Commission, 26 unprovoked alligator bite incidents have resulted in fatalities between 1948 and 2021.

An alligator attack was also the suspected cause of death of another Florida man in May, who perished at Taylor Lake in Largo, a city in the Tampa area. 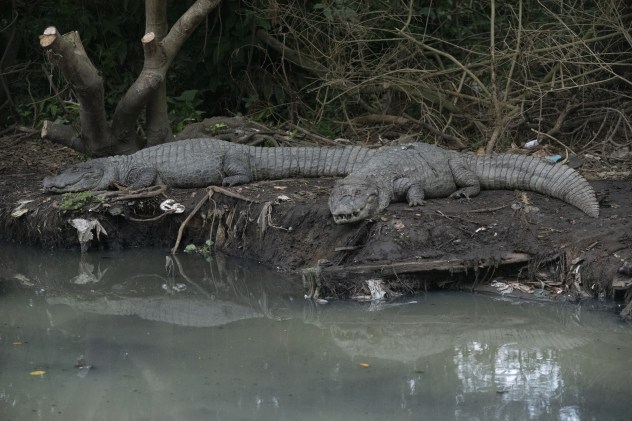 Alligators have been linked to several deaths over the past few months, partially due to a rise in activity in the spring and summer seasons. (Photo by Fabio Teixeira/Anadolu Agency via Getty Images)

There may be a seasonal nature of these attacks taking place in the spring and summer, commission spokesperson Melody Kilborn told ABC News in June. She stated that rising temperatures lead to alligators becoming more active in a hunt for food due to a rise in metabolism.

June and July also double as nesting season for the animal, which increases the protective nature of the female alligator and the likelihood of one coming after a human, wildlife expert Ron Magill told Good Morning America in 2016.

Experts also state that the best tactics to avoid an encounter with a gator are to never feed the creature, stay away from waterways at nighttime and run away as fast as possible when in direct contact.

"The longer you stay within their territory, the longer they're going to chase you," University of Florida wildlife ecology professor Frank Mazziotti told ABC News. "When you run back and forth, you are in fact exposing yourself to attack for a longer period of time than if you just ran in a straight direction and got out of there. Once you're no longer a threat, it has no interest in you."