Andrew, the worst hurricane in Florida history, almost had a different name

It was one of the most destructive hurricanes to ever make landfall in the United States, but its infamous name was almost different than what has been written in record books ever since. 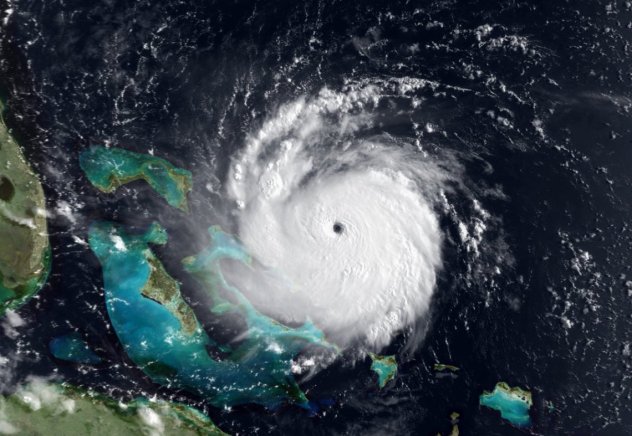 A satellite image showing Hurricane Andrew bearing down on the Atlantic coast of Florida in late August of 1992. (NOAA)

Thirty years have passed since Hurricane Andrew dealt a catastrophic blow to Florida and cemented the name Andrew among the most notorious Atlantic basin hurricanes in history, but a few lesser-known technicalities almost caused the calamitous hurricane to be given a different name altogether.

Andrew formed on Aug. 16, 1992, becoming the first named storm of the season. In the days that followed, Andrew intensified into a vicious Category 5 hurricane before making landfall on Aug. 24 on Elliott Key, Florida, about 23 miles south of Miami.

At that point, Andrew was just the third Category 5 hurricane to make landfall in the United States since 1935 and was the most destructive and costliest hurricane in Florida history. Since then, only Hurricane Michael, which slammed into the Florida Panhandle in October 2018, has made landfall in the contiguous U.S. at Category 5 strength.

However, the devastating storm that redefined Florida's hurricane history was almost not given the name Andrew. 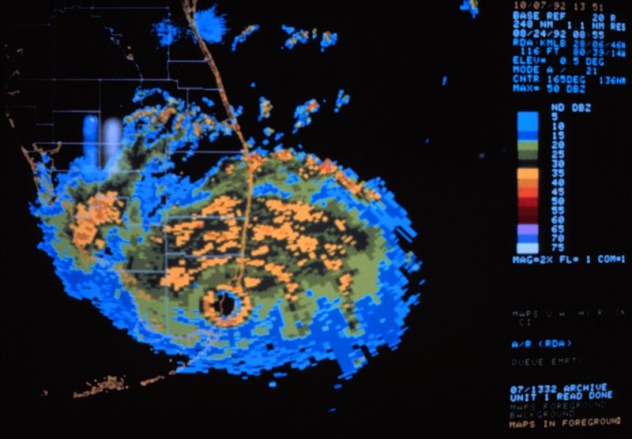 An image of the weather radar showing the exact time that Hurricane Andrew made landfall in Florida on Aug. 24, 1992. (NOAA)

The pre-season system was teetering on the brink of transitioning into a full-fledged tropical system, the point at which it would be given a name, but it ultimately fell short of tropical storm status. Therefore, three decades later, it remains in the record books as Subtropical Storm One.

In 2002, the National Hurricane Center (NHC) updated its policy and, from that point on, has given subtropical storms a name rather than a number. Later that year, Subtropical Storm Gustav became the first subtropical storm to be named in the Atlantic basin. It went on to transition into a tropical storm and eventually a Category 2 hurricane.

If the policy change had been implemented one decade earlier, Subtropical Storm One would have claimed the name Andrew and the infamous hurricane of August 1992 would have been called Hurricane Bonnie.

Instead, Bonnie was given to a hurricane that formed over the open waters of the Atlantic in mid-September and is a name that is still periodically used today for tropical systems. The most recent storm to be called Bonnie was a long-lived hurricane in 2022 that initially developed over the Atlantic Basin, traversed Central America and continued to charge westward across the Pacific Ocean. 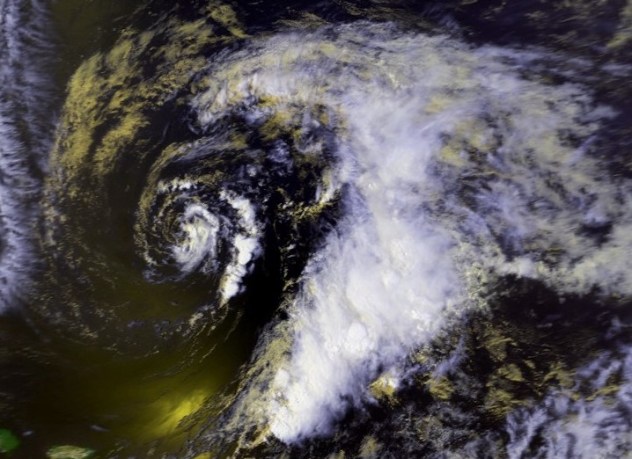 A satellite image of Subtropical Storm One over the Atlantic Ocean on April 22, 1992. (NOAA)

The unnamed subtropical storm in April 1992 was not the only close call that year in terms of the name Andrew being assigned to a storm prior to late August.

This means that if history was slightly different, Andrew could have been named either Bonnie, Charley or Danielle, and the ripple effect of that change would've been felt over the ensuing years.

The name Andrew was retired following the 1992 season, but had the historic hurricane been given a different name, the implications could have impacted the name of other disastrous tropical cyclones over the years. 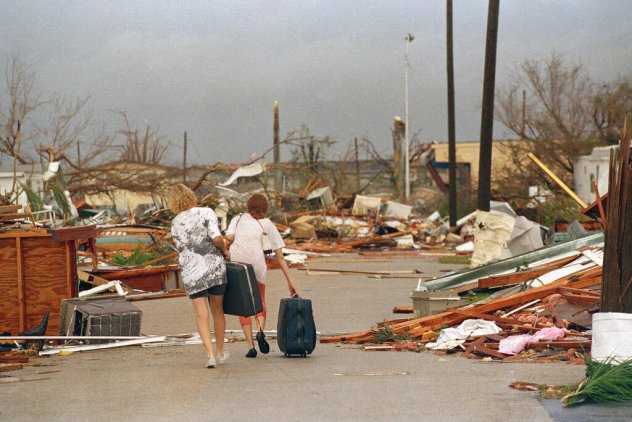 Joan Wallach, left, and her daughter Brenda, right, walk through the debris that was the Royal Palm Trailer Court in Homestead, Fla., Aug. 25, 1992, carrying the only possessions they could salvage from the trailer they lived in before Hurricane Andrew hit the South Florida city. (AP Photo/Lynne Sladky)

Had the name Andrew not been retired following the 1992 season and replaced with the name Alex, it would have repeated every six years and we would have had Tropical Storm Andrew in 2022, instead of Alex, AccuWeather Senior Weather Editor Jesse Ferrell explained.

It's worth noting, AccuWeather forecasters often bring up, that even unnamed tropical systems can unleash significant impacts.

In early June, a poorly organized disturbance that formed over the Gulf of Mexico sent torrents of rain across South Florida. While the system resembled a named tropical system, the NHC could not identify a well-defined central point of circulation, one of the requirements for naming a tropical storm, even if there are reports of tropical-storm-force winds.

The system ultimately became better organized and strengthened into a short-lived tropical storm, named Alex, after moving away from Florida, but by that point, the damage was done and cleanup was underway across the state. This served as a wake-up call for Florida residents that hurricane season is underway, with more landfalls possible in the coming months.

CORRECTION: This article previously indicated that Tropical Storm Allison in 2001 would have taken the name Andrew if Andrew had not been retired. Because storm names are recycled every six years, Andrew would not have been used as a name again until 2004.