The human rights advocate was about to celebrate her 28th birthday with her husband when the unbelievable happened. Now she’s beating the expectations of trauma specialists. 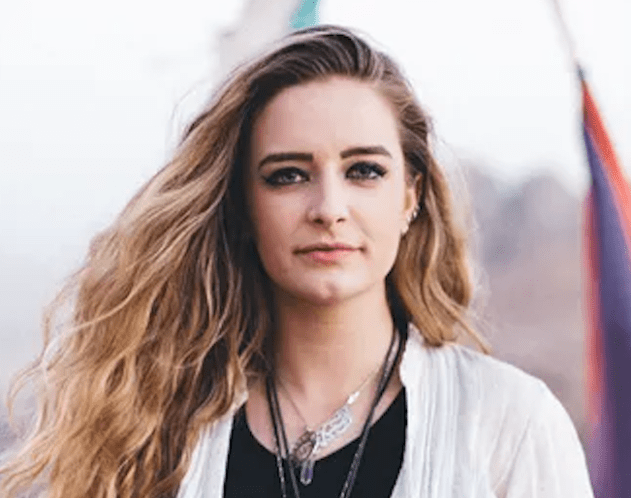 Amber Escudero-Kontostathis was nearly the fourth victim of a Washington, D.C., lightning strike last week, but survived due to timely intervention and is currently making a recovery. (Photo courtesy of the Escudero family)

"An absolute miracle" is what doctors are calling the lone survivor in last week’s deadly lightning strike that killed three people standing across the street from the White House, the woman's family said.

Lying on the ground in Lafayette Square on Aug. 4, her heart suddenly stopped by the lightning bolt, 28-year-old Amber Escudero-Kontostathis was revived with the help of timely intervention as nearby Secret Service agents rushed over with defibrillators, according to emergency officials.

Now, days later, still hospitalized in excruciating pain from burns on her body, she is nonetheless making "amazing" progress "and getting stronger each day," her brother, Robert Escudero, told AccuWeather on Tuesday.

Escudero-Kontostathis, a native of Newbury Park, California, was caught in a severe thunderstorm in the nation's capital and seeking shelter in a grove of trees with several others when a series of lightning strikes lit up the sky over the park around 6:50 p.m. EDT. Among the group, retired couple James and Donna Mueller of Janesville, Wisconsin, were killed, as was 29-year-old Brooks Lambertson, a banker from Los Angeles. Lambertson had also been revived at the scene but later died of his injuries at the hospital.

At the time of the lightning strike, Escudero-Kontostathis, who lives and works in the city, was collecting donations for refugees as part of her job with the nonprofit advocacy group Threshold Giving. Her husband, Achilles, was scheduled to pick her up minutes later for a dinner date to celebrate her 28th birthday.

Suddenly, the birthday turned into near-tragedy, as she suffered burns down the left side of her body from the bolt of lightning. One large burn on her abdomen was described by her mother, Julie Escudero, as causing "unbearable" pain and making her "feel like her stomach is on fire."

Her brother said that doctors believe the strike entered her side and exited her left arm.

Taken to an area hospital with critical injuries, she was immediately placed on a ventilator, according to her family. Two days later, on Aug. 6, Escudero-Kontostathis became well enough to move from the Intensive Care Unit to the Burn Unit, with Julie Escudero stating that her daughter, although scared of her situation, has been "literally blowing all the doctors away with the progress her body" made in the days following the incident.

Initially too weak to walk, Julie updated that her daughter has since been "able to take a few (steps)" and that "her will is strong."

"The trauma doctor came up (to the family) and said she's an 'absolute miracle,'" said Julie, who quickly traveled to Washington with her husband to be by their daughter's side.

Still, Robert said Amber's road to recovery "will be an uphill battle, but it's one she will win with the full support of family, friends and medical professionals." 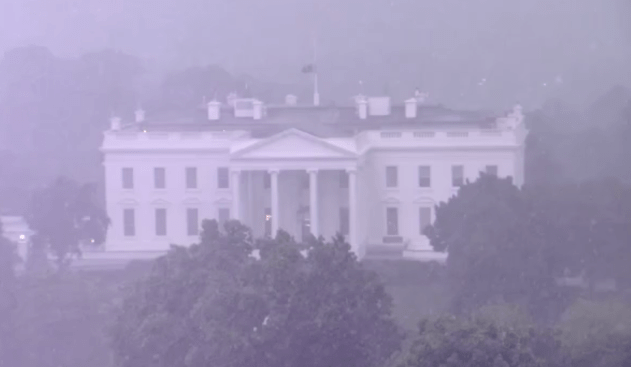 A view of the White House when a severe thunderstorm moved into Washington, D.C., on Aug. 4, 2022, triggering multiple lightning strikes in Lafayette Square across the street that were blamed for killing three people and critically injuring Amber Escudero-Kontostathis, of Washington.

In time, he said, "we want Amber to tell her story about how she feels" and for her to share her own medical progress.

Her family said Amber is aware of what happened to the other victims and feels for their families.

"She cares so much for others," her mother said during a Facebook update, noting that Amber plans to reach out to the victims' loved ones.

"We can't stop thinking about the other families that lost their loved ones," brother Robert said. "We realize how close we were to losing our Amber and we are praying for every loved one involved."

Relatives said Amber's selfless nature was a perfect fit with her International Rescue Committee (IRC) fundraising work on behalf of those less fortunate.

"Helping others is an absolute passion of hers. She is always rooting for the underdog,” Robert added.

People are now looking to help in her time of need. A GoFundMe page set up by family friends Alison Dobner and Malena Murray has already accrued about $46,000 in four days. The funds will go toward medical costs, family travel expenses and any accessibility needs Amber may face.

Dobner noted in her GoFundMe message that Amber is scheduled to start a master's degree program at Johns Hopkins University in the coming weeks and that donations will also aid in finding travel accommodations to and from the school.

"(Amber) is the toughest person I know and she will continue to battle through this tough time," Dobner said.