This is the 'one in a million' moment a bolt of lightning struck the curve of a rainbow.

Despite continued weakening from its peak as a Category 4 hurricane earlier this week, Genevieve remains a dangerous storm as it parallels the coast of Baja California Sur, Mexico, on Thursday.

Genevieve, which became a tropical storm around midday Thursday, is unleashing heavy rain and strong winds, while producing pounding surf as it spins along the Baja Peninsula. The storm currently is packing maximum sustained winds of 70 mph. 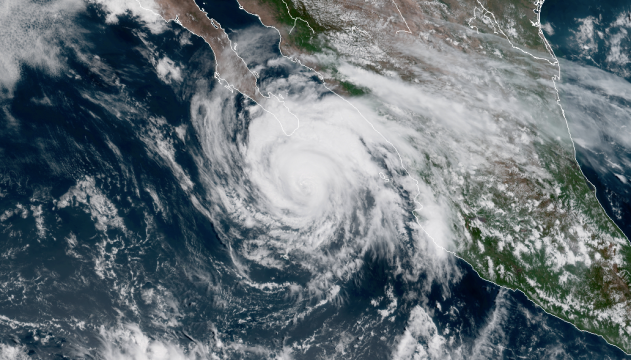 Tropical storm conditions were felt along the southern tip of the peninsula Wednesday evening and those conditions will expand northward throughout the day on Thursday.

Genevieve strengthened into the second major hurricane in the eastern Pacific basin of the 2020 season on Monday night as it rapidly intensified into Category 4 storm. Even though Genevieve will continue to weaken over the next few days, it poses a threat to lives and property to portions of Baja California Sur. 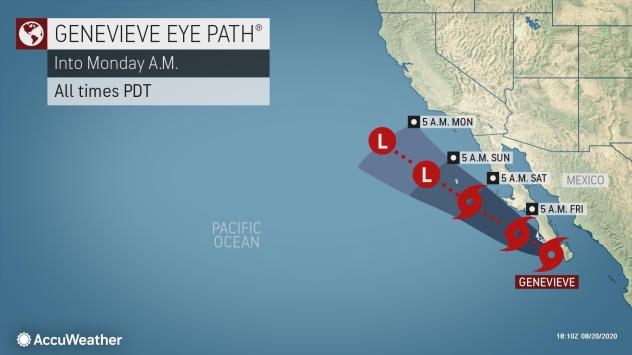 The storm has been churning up the water along Mexico's Pacific coast since it formed over the past weekend, and as the week progresses, tropical downpours and huge swells will continue to extend outward from the powerful center of the storm.

Favorable conditions, including very warm water and weak wind shear in the area, helped Genevieve become a monstrous storm earlier this week. A huge eye was visible on satellite images on Tuesday morning. 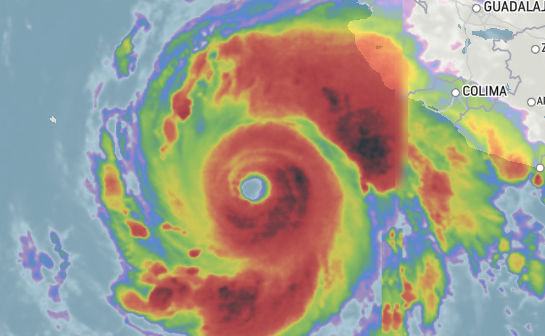 Genevieve exploded in strength on Tuesday morning, Aug. 18, 2020, near the Pacific coast of Mexico. (NOAA / AccuWeather)

Genevieve was born first as Tropical Depression 12-E when it emerged in the warm waters just off the coast of El Salvador and Nicaragua Sunday morning. As a result of the favorable conditions in the area, Genevieve had strengthened to hurricane status just one day later.

The National Hurricane Center said Thursday that Genevieve was located about 145 miles to the west-northwest of the southern tip of Baja California, Mexico, as of 12 p.m. MDT, and was moving north-northwestward at 12 mph (19 km/h).

The only other storm to achieve major hurricane status so far in the East Pacific was Hurricane Douglas. Douglas went on to track along the north side of the Hawaiian Islands in the central Pacific during the second half of July, bringing tropical downpours and gusty winds to the island chain.

Genevieve will not take a path similar to Douglas in the coming days, as the storm is expected to bring the bulk of the impactful weather to waters just west of Mexico's Pacific coast.

Even on relatively tranquil days, the shore break along Mexico's west coast can feature large waves, posing dangerous conditions for swimmers. As Genevieve churns just off the coast through the week, very large and dangerous swells are expected.

The hurricane's most significant impacts along the coast and waters offshore will be dangerous surf and heavy seas. 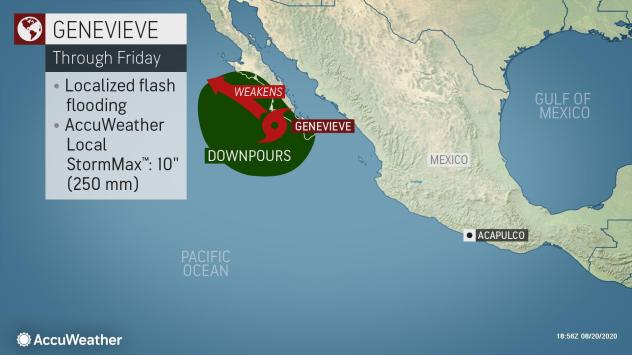 Forecasters urge people to avoid the surf and avoid watching the storm from adjacent coastal areas. Large breaking waves can lead to substantial overwash along the coast with the risk of coastal flooding and damage to vessels. Small craft should remain in port and larger ships should avoid the region and the path of the hurricane.

Outer bands of Genevieve will also bring along tropical downpours to coastal cities through the coming days, especially over the southern portion of the Baja California Peninsula. Enough rain can fall to cause flash flooding and debris flows. Cities along the west coast of Mexico that are forecast to experience impact from Genevieve include in line to possibly deal with wet weather from Genevieve include Cabo San Lucas, La Paz and San Carlos. 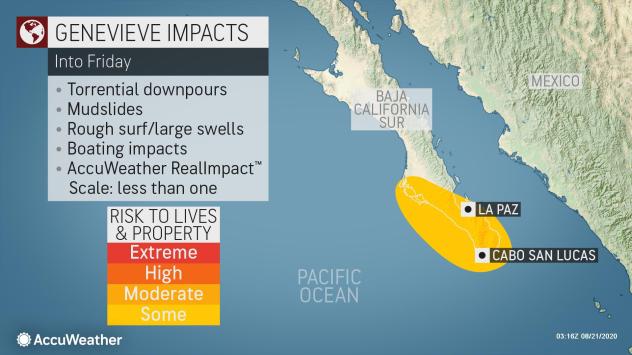 Rainfall from Genevieve's outer bands can and likely will track into the higher terrain just inland of the aforementioned cities. The mountainous terrain across this region can act to wring out ample amounts of moisture from the atmosphere, enhancing rainfall totals. As this rain funnels into small streams and rivers, towns along their path could face flooding. 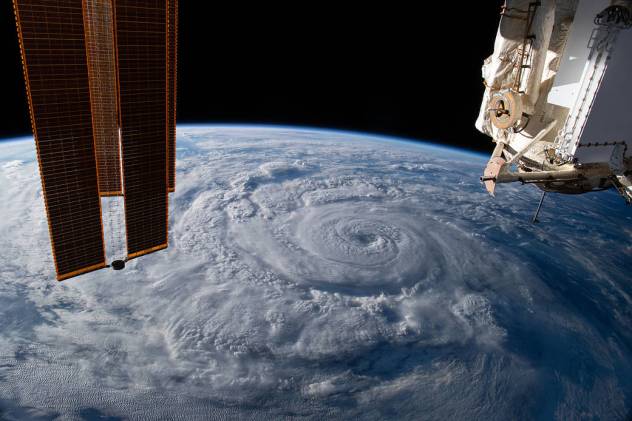 As the storm continues to parallel the coast, it will begin to track into cooler water off Baja California, into late week. This interaction will undoubtedly begin a weakening trend of the hurricane, but that doesn't mean the impacts will end there.

Genevieve is forecast to take a slightly curved path that takes the center of the storm progressively farther away from the west coast of Mexico and California later this weekend to early next week. During this time, Genevieve is expected to transition into a non-tropical storm.

But it is possible that some of the residual moisture from the storm could stream into the southwestern United States in the form of clouds with a slight chance of spotty thunderstorm activity. Along with a potential influx of moisture, increased swells, especially across Southern California, will be possible early next week.

Reprieve in sight for waterlogged southern US

Hurricane that hit New Orleans was stronger than previously ...

How one of internet's most famed weather videos was captured How thunderstorms can trigger asthma Ways to keep your pets safe during hurricanes