The difference between the visibility in Yauco, Puerto Rico, was night and day from this past May to June 22, as Saharan dust obscured visibility.

Less than 24 hours after becoming a tropical storm, Dolly lost its tropical characteristics in the northern Atlantic Ocean. The storm, however, is still one of the record books.

Not only did Dolly become a rare June D-named storm, only the third in recorded history, but it also will go down in the history books as the second-earliest fourth-named storm in the basin. 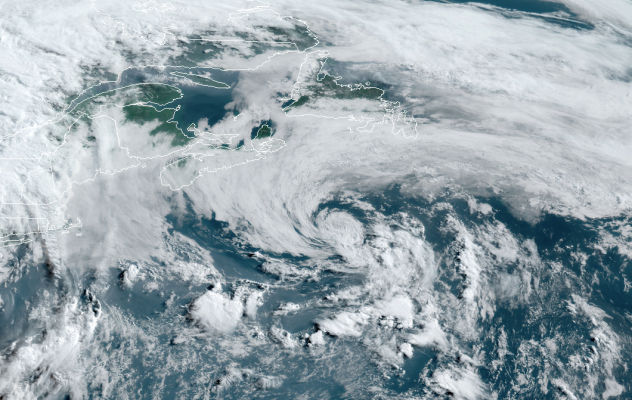 The storm's maximum sustained winds strengthened to 45 mph Tuesday, while it churned offshore of the East Coast, about 370 miles south of Nova Scotia, according to the National Hurricane Center (NHC).

Dolly's lifespan was extremely short. At midday Wednesday EDT, Dolly lost its tropical characteristics over the colder water of the northern Atlantic Ocean. 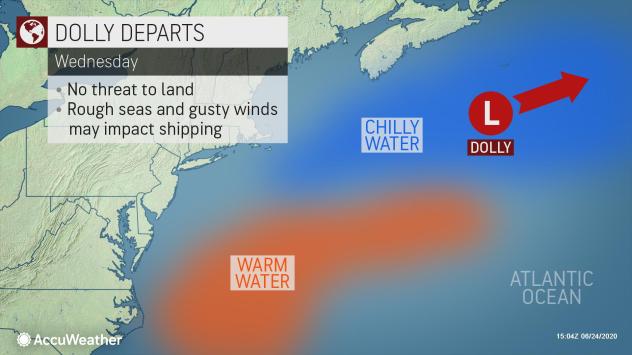 Even though it will remain out to sea over its lifetime, it could stir rough seas and cause disruptions in the path of shipping interests.

It is extremely rare to have four named tropical storms by the end of June. According to records from the NHC, the month of June has only produced two other D-named storms: Tropical Storm Debby in 2012 and Tropical Storm Danielle in 2016.

Debby formed over the south-central Gulf of Mexico before slamming into the Big Bend area of Florida on June 26, 2012. The system weakened soon after moving inland, but it produced a considerable amount of flooding across northern and central portions of the state. Danielle formed in a similar area and was a short-lived tropical storm that developed over the southwestern Gulf of Mexico. The weak tropical storm made landfall near Tamiahua in eastern Mexico on June 20, 2016.

According to AccuWeather Senior Weather Editor and Meteorologist Jesse Ferrell, there have been 69 D-named storms in the Atlantic since storms were officially named starting in 1950. The most common of those names are Dolly at eight times and the aforementioned Debby and Danielle at seven times apiece.

Danielle's formation on June 20, 2016, just prior to landfall still holds the record for the earliest formation of the fourth tropical storm of the season.

So far, eight D-named storms have been retired, including Hurricane Diane in 1955 and Hurricane Dean in 2007. Hurricane Dorian from 2019 is expected to be retired sometime this year. Ferrell said all of the retired D-named storms formed in August, with the exception of Dennis, which formed the earliest on July 4, 2005.

The 2020 Atlantic hurricane season experienced its earliest third-named storm on record when Cristobal formed near the coast of southeastern Mexico on June 2.

The remainder of the Atlantic Ocean is quiet due to an "abnormally" large dust cloud spanning most of the basin and the presence of strong wind shear, or increasing winds with altitude. 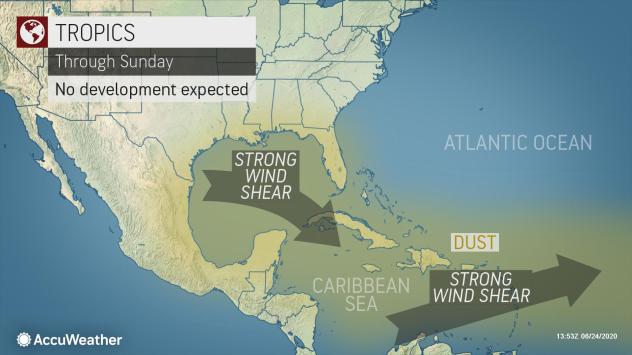