A new tropical storm blossomed in the Atlantic basin and rapidly strengthened Thursday, ending a months-long stretch of inactivity. AccuWeather meteorologists say that tropical activity is likely to continue ramping up in the first week of September, with more than one storm likely to develop.

Tropical Storm Danielle, the first named tropical system in almost two months formed early on Thursday morning in the north-central portion of the Atlantic Ocean. Tropical Storm Colin, which dissipated on July 3, was the most recent storm to develop in the basin.

Danielle's formation occurred right after an unusually quiet August. In fact, it was the first time in 25 years that the Atlantic basin had zero named tropical systems in the month of August.

As of Friday morning, Danielle was located about 895 miles west of the Azores, an island chain located west of Portugal. The tropical storm was barely moving to the east at 3 mph. The storm's maximum sustained winds had strengthened considerably from 40 mph Thursday morning to 70 mph by Friday morning. Danielle was expected to meander over the open Atlantic for the next several days and strengthen into a more robust system.

"Danielle is likely to continue strengthening through the end of the week and is expected to become the first hurricane in the Atlantic basin this season," said AccuWeather Meteorologist Rob Richards. 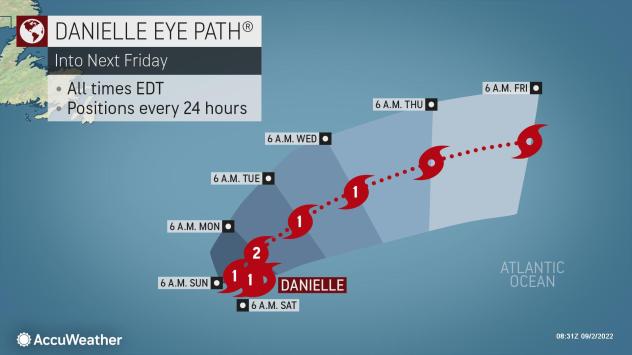 Forecasters anticipate that Danielle could reach Category 1-hurricane strength (sustained winds of 74 - 95 mph) on the Saffir-Simpson Hurricane Wind Scale by late Friday morning due to warm waters as well as light wind shear in the region.

Danielle's path will be an untraditional one, with the tropical storm forecast to trace a small loop over the waters of the North Atlantic through the weekend. AccuWeather meteorologists forecast that Danielle, despite largely staying over the same area for several days, will maintain its hurricane status into early next week.

"Danielle appears to not be a threat to land in the next week, however, shipping interests should note the location and strength of the storm," said AccuWeather Senior Meteorologist Dan Pydynowski.

As the storm treks northeastward through the middle of next week, Danielle is likely to move into an area of cooler water temperatures, which will likely cause it to lose wind intensity.

In addition to Danielle, AccuWeather meteorologists are monitoring other tropical entities in the Atlantic basin. 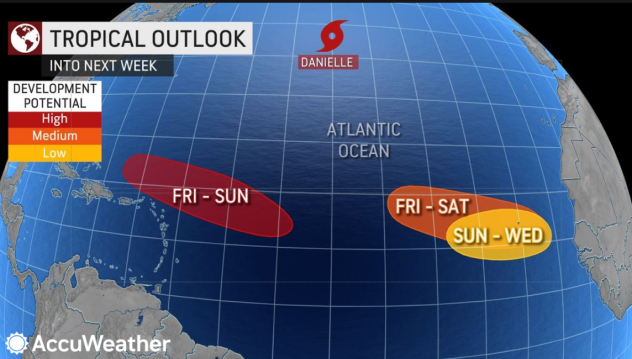 The most likely candidate for development is a tropical wave that will be moving into the waters northeast of the Leeward Islands late this week. Should this wave strengthen to a tropical storm, it would be given the name Earl.

While this tropical wave has a high chance of development over the next five days, it has some obstacles to overcome. 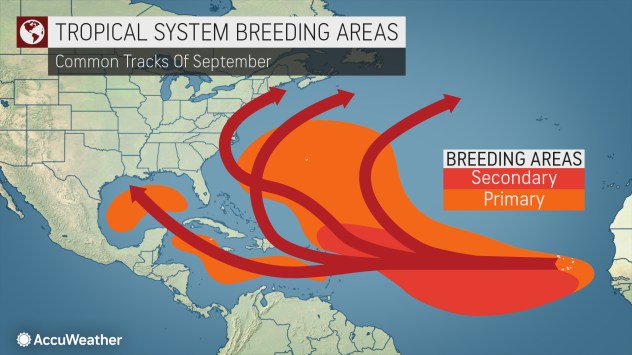 "Should this wave remain less organized, it's possible it could continue to track westward toward the southern Bahamas for the middle of next week. If it strengthens, it's more likely to curve northward and near Bermuda," explained Pydynowski.

Meanwhile, two robust waves forecast to push off the coast of Africa during the first week of September could also make a run at becoming organized features.