ALERT: Bomb cyclone to bring dangerous and damaging impacts to the West Coast. Get the forecast.

An unusual origin, and 4 other things to know about Henri

Residents and the mayor of Helmetta, New Jersey, tell AccuWeather that they were caught off-guard by the severity and speed of flash flooding from Henri.

The eighth tropical system of the 2021 Atlantic Hurricane season has been one of the most memorable so far this year, in part due to its unusual journey leading up to landfall in one of the most densely populated parts of the United States.

Henri made landfall on Sunday, Aug. 22, in southern New England as a tropical storm, impacting residents, businesses and visitors alike.

“We do not have power. We knew it might happen, so we were expecting and had the generator ready to go,” Scully added. 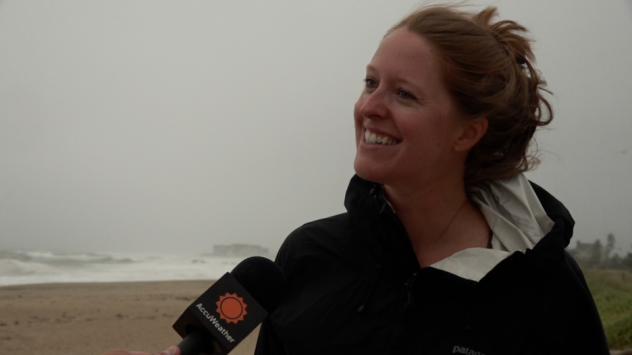 These disruptive impacts were felt all along the Atlantic coast during one of the busiest weekends of the year for beach vacations.

Beachgoers as far south as the Carolinas had to tread water lightly throughout the entire weekend as Henri churned up rough surf and dangerous rip currents. This meant that vacationers that planned a weekend trip to the beach months ago found themselves not being able to take full advantage of some of the highest ocean temperatures of the entire year.

Henri was not the strongest storm of the Atlantic hurricane season, and it will be far from the last, but its unusual behavior and track have already made it a storm that sticks out when compared to others so far this season.

On Sunday, Aug. 14, Tropical Depression Eight formed before strengthening into Tropical Storm Henri, but the origins of this system were unlike many other Atlantic tropical systems.

Many tropical systems in the Atlantic basin begin as tropical waves that move off the western coast of Africa. If the conditions are right, these waves eventually organize into tropical storms or hurricanes, but this was not the case with Henri.

Going back in time, Henri can be traced all the way back to thunderstorms that rumbled over the central Plains on Monday, Aug. 9. These storms traveled the eastern U.S. before moving over the warm waters of the Atlantic where the disturbance eventually organized into Henri.

This is sometimes called a "home brew" system as they have origins close to the U.S. before impacting the mainland.

Tracking the disturbance that would become Henri

After forming and taking on the name Henri, it continued on an unusual trajectory.

Henri curved around Bermuda, never making landfall in the islands, before swinging back toward the U.S. in a rare northwestward track into New England.

It traveled at inconsistent speeds throughout its life as a named storm, chugging along at a modest 7 mph south of Bermuda before tripling its speed to 21 mph before landfall on Aug. 22. After landfall, Henri, in a weakened state, slammed on the brakes, slowing down to just 1 mph early on Monday, Aug. 23, as it swirled over southern New York.

By Aug. 24, what was left of Henri had looped around and crossed over its own track as it shifted back out to sea. 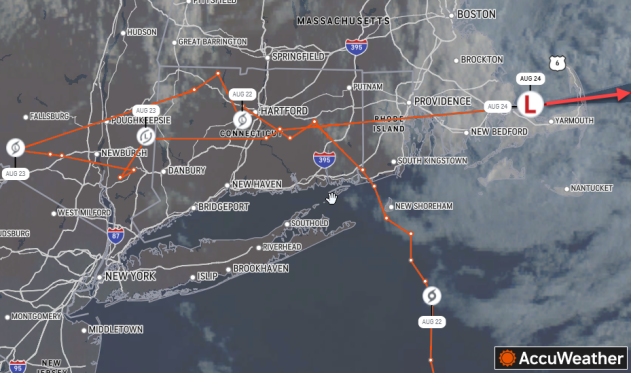 The northeastern U.S. is not immune to tropical systems, but it is rare for a storm to make a direct hit like what was seen with Henri.

Henri made landfall in Westerly, Rhode Island, just miles away from the border of Connecticut. This is the first time that a tropical system made landfall in the country’s smallest state since Aug. 19, 1991. 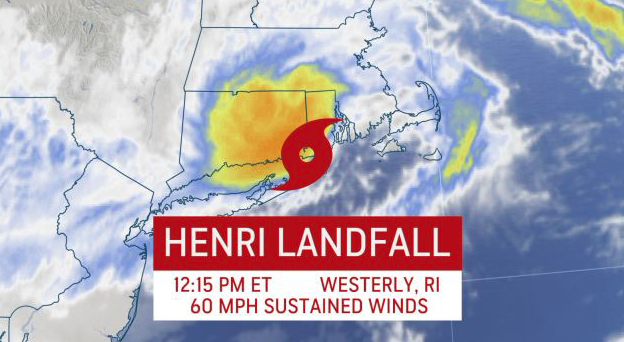 Nearly 30 years ago to the date of Henri’s landfall, Hurricane Bob made landfall in Block Island and then in Newport, Rhode Island, as a Category 2 storm.

Bob was significantly stronger with winds in excess of 100 mph, compared to Henri, which was a tropical storm with maximum sustained winds of 60 mph at landfall.

As Henri made its final approach to the Northeast, the storm started to lose its symmetry with a majority of the tropical downpours focusing on the western half of the storm.

As a result, areas such as New Jersey, eastern Pennsylvania and New York were drenched in flooding downpours.

Concordia, New Jersey, measured more than 14 inches of rain between 10 p.m. EDT Saturday, Aug. 21 and 10 a.m. EDT Sunday, Aug. 22. This is more than three times the average amount of rain that falls in the area in all of August. 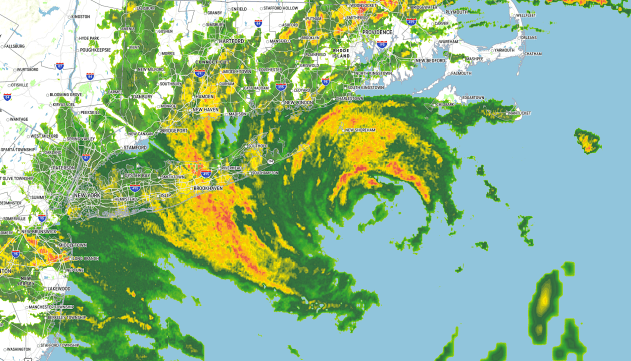 A radar image shows Henri nearing landfall on Sunday, Aug. 22, 2021, with the heaviest rain located on the western half of the storm. (AccuWeather)

Rain from Henri also compounded flooding issues in New York City. A bout of heavy rain not associated with Henri passed over the city late on Saturday.

In just one hour, 1.94 inches of rain fell in Central Park, making it the wettest hour in the city’s history. This also meant that drainage systems were already taxed by this rain before Henri’s arrival early Sunday.

And then Henri came in and unleashed another torrent of rainfall. Central Park was inundated with 8.19 inches of rain from Henri on top of what fell on Saturday night. In Brooklyn, rainfall from Henri totaled 9.85 inches, according to the National Weather Service (NWS). And out at JFK International Airport, 5.06 inches of rain fell.

Although Henri was rated as a tropical storm on the Saffir-Simpson scale when it made landfall, the system was rated as a 2 on the AccuWeather RealImpact™ Scale for Hurricanes.

This scale takes into consideration more than just wind speed, providing a more comprehensive rating based on how a storm might impact lives and property.

Ahead of Henri's landfall, AccuWeather Founder and CEO Dr. Joel N. Myers estimated that the total damage and economic losses from Henri would fall between $8 billion and $12 billion, but likely on the lower end of that range.

Myers’ estimate is based on an analysis incorporating independent methods to evaluate all direct and indirect impacts of the storm and is based on a variety of sources, statistics, and unique techniques AccuWeather uses to estimate the damage, and includes damage to homes, property and businesses as well as their contents and cars, job and wage losses, infrastructure damage, auxiliary business losses, travel disruption, medical expenses and closures. The estimate also accounts for the costs of power outages to businesses and individuals, for economic losses because of highway closures and evacuations, emergency management and the extraordinary government expenses for and cleanup operations.

Superstorm Sandy is one of the most notorious storms in recent memory for residents across the Northeast. It crashed ashore in New Jersey on Oct. 28, 2012, and left millions in the dark as it blasted the region with strong winds and heavy rain.

Henri was not nearly as large or as powerful as Sandy, but the two did have one similarity that caused storm surge to be higher than it otherwise would have been.

Both Superstorm Sandy and Tropical Storm Henri made landfall on the same day as a full moon.

When there is a full moon, the high tides can be a bit higher than normal, making flooding along the coast worse than it would be if the moon was in a quarter phase.

However, Henri was on a completely different level than Sandy. On Sunday, the storm surge crested at 2 to 3 feet above normal tide level along the coast of southern New England. This was a fraction of what was experienced during Sandy in 2012 with the tide reaching 14 feet high — the highest storm tide ever recorded in New York, according to Climate Central.

Sandy also took a much bigger economic toll on the U.S. with damages totaling more than $60 billion, more than five times higher than what AccuWeather is projecting the economic toll to be from Henri.