Atmospheric carbon dioxide reached a seasonal peak of 417.1 parts per million (ppm) for 2020 in May, the highest monthly reading ever recorded, according to scientists from the National Oceanic and Atmospheric Administration (NOAA) and Scripps Institution of Oceanography at the University of California San Diego, who used measurements at Mauna Loa Observatory.

That’s a carbon dioxide level not experienced by the atmosphere in at least several million years, according to the scientists’ press release. 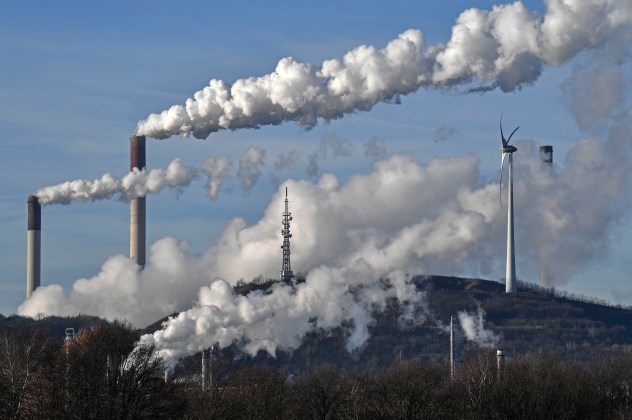 The world hit another new record high for heat-trapping carbon dioxide in the atmosphere, despite reduced emissions because of the coronavirus pandemic, scientists announced. (AP Photo/Martin Meissner) 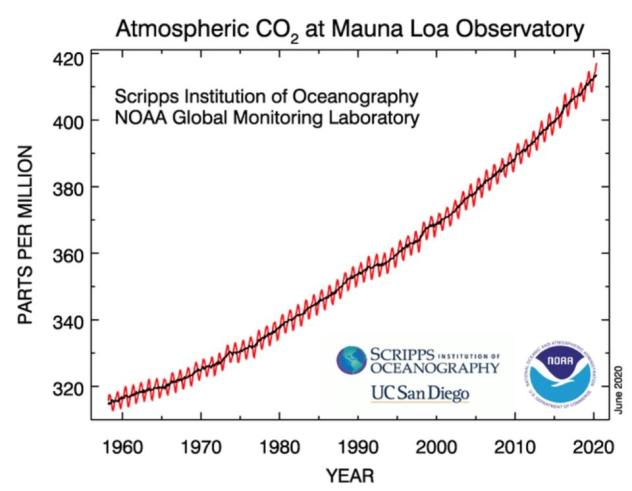 The peak comes despite worldwide government policies during the coronavirus pandemic that have drastically altered patterns of energy demand, according to a recent study in the journal Nature Climate Change.

The study estimates daily global CO2 emissions decreased by 17 percent by early April because of stay-at-home orders, reductions in transportation and changing consumption patterns. Emissions in individual countries decreased by 26 percent on average at their peak, the study notes.

“People may be surprised to hear that the response to the coronavirus outbreak hasn’t done more to influence CO2 levels,” said geochemist Ralph Keeling in the release. Keeling runs the Scripps Oceanography program at Mauna Loa. “But the buildup of CO2 is a bit like trash in a landfill. As we keep emitting, it keeps piling up.

“The crisis has slowed emissions, but not enough to show up perceptibly at Mauna Loa. What will matter much more is the trajectory we take coming out of this situation,” Keeling said.

The Nature Climate Change study, meanwhile, says government actions and economic incentives post-crisis will likely influence the global CO2 emissions path for decades. The impact on 2020 annual emissions depends on the duration of the confinement and related actions, with a low estimate of a four percent decrease if pre-pandemic conditions return by mid-June and a high estimate of seven percent decrease if some restrictions remain worldwide until the end of 2020.

The late Charles David Keeling, Ralph’s father, began on-site CO2 measurements at NOAA’s weather building on Mauna Loa in 1958, initiating what has become the longest unbroken record of CO2 measurements in the world.

The Mauna Loa observatory is on a barren volcano in the middle of the Pacific Ocean, making it ideally situated for sampling well-mixed air – undisturbed by the influence of local pollution sources or vegetation – that represents the global background for the northern hemisphere, according to the release.