AccuWeather forecasters say a train of storms will continue to roll across the northwestern United States through much of this week, ushering in heavy snow to the region's mountains and a mixture of rain and snow near sea level.

The latest in a long line of disruptive storms pushed inland over the region from Saturday night to Sunday morning. Following temperatures in the 40s and 50s over the mountains on Saturday, temperaures plunged during the storm and rain quickly transitioned to snow over the passes.

"It appears close to a foot of snow piled up over the major passes in the Washington Cascades into Sunday morning," AccuWeather Climatologist Ryan Adamson said. Because temperatures hovered in the 20s much of Sunday, road conditions may be slippery in spots even where they are plowed. 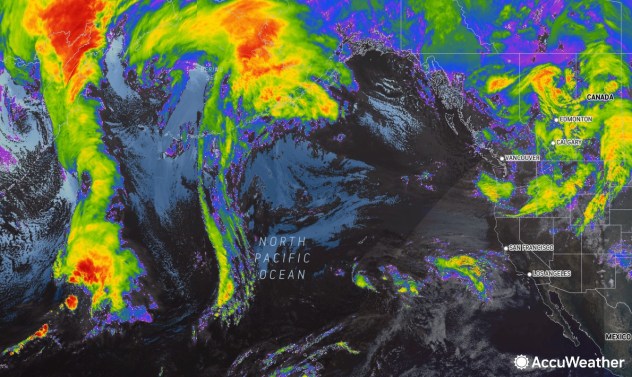 Additional snow will fall through Sunday night over the mountains and passes. Some locations may end up with close to 2 feet of snow before the storm winds down on Monday.

"The tail-end of the storm will lead to difficult travel for those heading home from visiting friends and family over the Thanksgiving holiday," AccuWeather Senior Meteorologist Dan Pydynowski said.

While much of the heaviest snow will fall in the highest elevations, considerable snowfall at pass levels can work to snarl travel on some of the busiest travel days of the Thanksgiving weekend. Even outside of the highest elevations, spotty snow can mix with rain at times across eastern Washington and portions of Idaho, creating potentially slushy travel.

The bulk of the moisture has departed coastal areas of northwestern Washington and will do the same prior to the arrival of cold air farther south along the Oregon coast. However, some wet snowflakes can mix in at times around Seattle late Sunday night and Monday. and perhaps around the hills surrounding Portland, Monday morning. 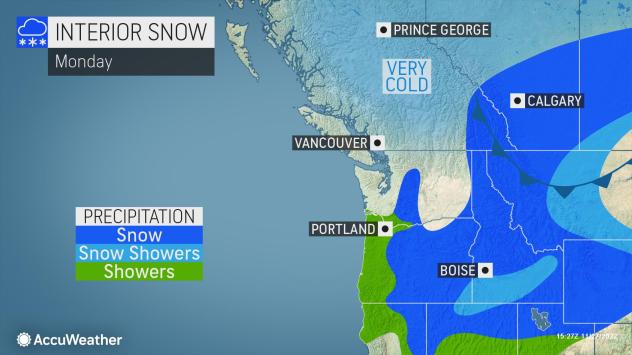 As the storm continues to push across the interior West early this week, winterlike weather will overspread a vast swath of the country.

Once Tuesday rolls around, a further expansion of precipitation is in the forecast. Rain and snow showers will reach portions of Arizona and New Mexico while snow begins to sweep out of the Rockies and into the High Plains.

Accumulating snow is set to target a swath of the central and northern Plains through Tuesday and bring a fresh blanket of powder to places like Rapid City, South Dakota, and portions of Interstate 90. 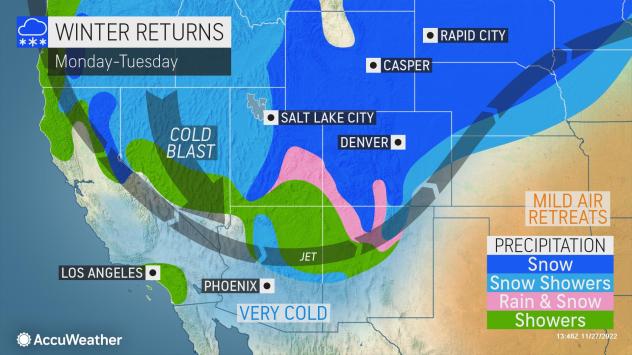 Once this storm ejects out of the West and makes its way across the country around midweek, forecasters say residents will not be able to breathe a sigh of relief just yet.

"Cold air will remain locked in place across much of the Northwest, northern Rockies and Intermountain West for the upcoming week," Pydynowski noted.

With this cold air in place, any additional storms set to move into the West will have plenty of opportunity for additional snow. 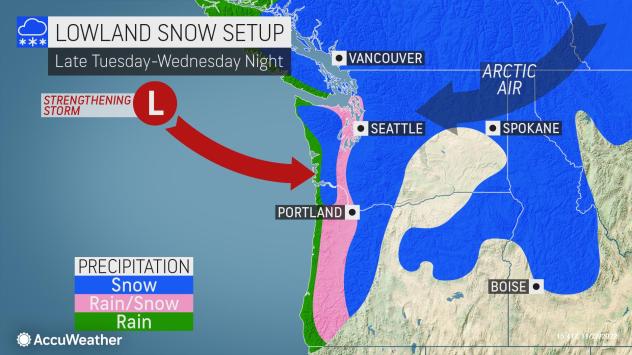 The next storm that drops in across the Northwest could bring snow or at least a mix of rain and snow at the onset and conclusion in Interstate-5 corridors of Washington and Oregon from later Tuesday to Wednesday night.

"While the active stretch of weather through the first half of next week will largely target the Northwest, there is the potential for another storm during the latter half of the week to spread rain and mountain snow southward through California," AccuWeather Meteorologist Brandon Buckingham said.

Additionally, forecasters are monitoring a potential setup that could bring a substantial enhancement to precipitation later in the upcoming week. 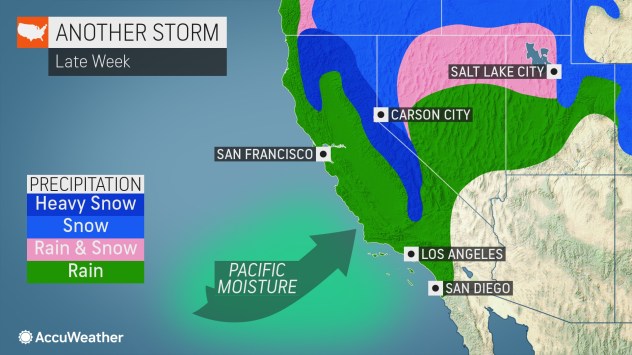 "At this point, there are a lot of pieces of the forecast that still need to come together, but there is the potential for an atmospheric river event which could yield heavy rain and mountain snow later this week," Buckingham cautioned. "Residents across California will want to monitor the forecast closely, as this could impact day-to-day plans."