Since it was announced as the host city almost 12 years ago, it was always destined to be a World Cup of firsts.

From extreme weather to tournament debuts, CNN takes a look at the ways this year's competition will be breaking new ground.

This will be the first time the Qatari men's national team will participate in a World Cup finals, having failed to qualify through usual means in the past.

FIFA, the sport's governing body, permits a host nation to take part in a World Cup without having to go through the qualifying rounds, which means the small Gulf state can now test itself against the best in world soccer.

Qatar is relatively new to the sport, having played its first official match in 1970, but the country has fallen in love with the beautiful game and the national team has steadily improved.

In 2004, The Aspire Academy was founded in the hope of finding and developing all of Qatar's most talented sportspeople. 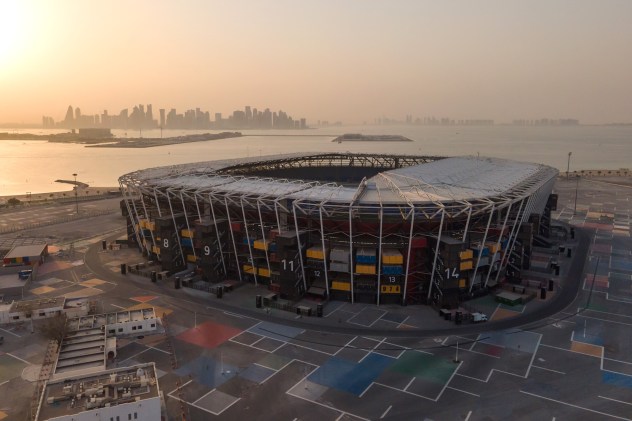 This will be the first World Cup played in November and December. (David Ramos/Getty Images)

In recent years, that has reaped rewards for its soccer team. Qatar won the Asia Cup in 2019, capping off one of the most memorable runs in the tournament's history, conceding only one goal throughout the tournament.

Seventy percent of the squad that won the trophy came through the academy, and that number has only increased heading into the World Cup.

Coached by Spaniard Felix Sanchez, Qatar will be looking to surprise people and faces a relatively kind group, alongside Ecuador, Senegal and The Netherlands.

The World Cup has always been held in either May, June or July but Qatar 2022 will break away from such tradition -- more out of necessity.

Temperatures in Qatar can reach over 40 degrees Celsius (over 100 degrees Fahrenheit) over those months so, with this in mind, the tournament was moved to a cooler time.

However, winter in Qatar is a relative term with temperatures still likely to be around 30 degrees C (86 degrees F), but organizers hope to combat the heat with multiple methods, such as high-tech cooling systems in stadiums.

The change in tournament dates has played havoc with some of the biggest domestic leagues in the world.

All of Europe's top leagues have had to work a winter break into their schedules, meaning congested fixture lists before and after the tournament.

One of FIFA's justifications for awarding Qatar the hosting rights was the ability to take the tournament to a new part of the world.

None of the 21 previous World Cups have been held in an Islamic country and this month's tournament will be a chance for the region to celebrate its growing love for the game.

However, it undoubtedly raises a few problems that organizers have had to tackle. For many fans, drinking alcohol has, and will continue to be, a big part of the experience of such tournaments.

In Qatar, though, it's illegal to be seen drunk in public, which has forced organizers to come up with inventive ways to circumnavigate the issue.

As a result, alcohol will only be served in designated fan parks around Doha and there will be separate areas for fans to sober up before and after matches.

Another question mark around the tournament is how the country will be able to deal with the influx of an expected one million visitors, given it's the smallest country to host the World Cup, with a population of just under three million.

As a result, all eight stadiums are in and around Doha, the capital city, and are all within an hour's drive of each other. 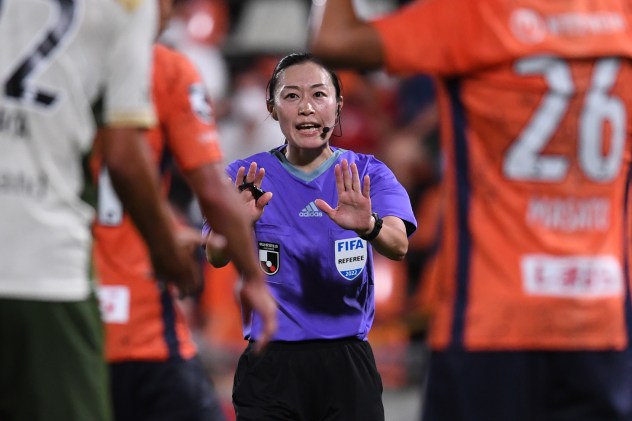 Organizers say the travel infrastructure -- including buses, metro and car hires -- will be able to cope with the increased pressure.

One benefit of the small distances between venues is that fans will be able to see up to two games in one day. Should traffic be kind.

Due to its size, Qatar has also had to be smart with its accommodation. Two cruise ships, MSC Poesia and MSC World Europa, are being moored in Doha to provide some support to hotels.

Both vessels will offer the usual cruise ship experience, but fans won't be sailing any further than the 10-minute shuttle-bus ride into the heart of Doha.

For those fans prone to a touch of sea sickness, organizers have also built three 'Fan Villages' which will offer a place to stay on the outskirts of the city.

These include a variety of accommodation -- including caravans, portacabins and even camping experiences -- and all are located within reasonable distances of the venues.

Also, for those able to afford a little more, there will be luxury yachts docked in Doha's harbor, which can offer a place to sleep for, let's face it, an extortionate price.

It, alongside Qatar, pledged to offset carbon emissions by investing in green projects and buying carbon credits -- a common practice used by businesses to "cancel out" the impact of a carbon footprint.

Qatar, the world's largest emitter per capita of carbon dioxide, has said it will keep emissions low and remove as much carbon from the atmosphere as the tournament produces by investing in projects that will capture the greenhouse gases.

For instance, it will be sowing the seeds for the largest turf farm in the world by planting 679,000 shrubs and 16,000 trees. 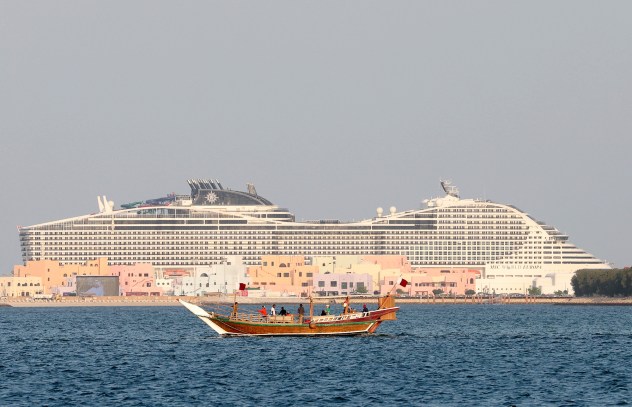 Fans will have the chance to stay on cruise ships in Doha, Qatar. (Catherine Ivill/Getty Images)

The plants will be laid at stadiums and elsewhere around the country and are supposed to absorb thousands of tons of carbon from the atmosphere every year.

However, critics have accused organizers of "greenwashing" the event -- a term used to call out those who try to cover their damage to the environment and climate with green initiatives that are either false, misleading or overstated.

Yamashita Yoshimi, Salima Mukansanga and Stephanie Frappart have all been named among the 36 officials selected for the tournament.

They will be joined by Neuza Back, Karen Diaz Medina and American Kathryn Nesbitt, who will be traveling to the Gulf nation as assistants.

Frappart is arguably the most famous name on the list after she wrote her name into the history books in 2020 by becoming the first woman to take charge of a men's Champions League match.

But looking to learn from her in Qatar is Rwanda's Mukansanga, who told CNN that she was excited to embrace the challenge of refereeing at a major tournament.

"I would look at what the referees are doing, just to copy the best things they're doing, so that one day I would be in the World Cup like this," she said, adding that her family couldn't wait to see her take to the pitch.

It's not yet decided when the women will be refereeing their first match at the tournament, but there will be some new rules to enforce.

For the first time, teams will be able to use up to five substitutes and managers can now pick from a squad of 26 players, rather than the usual 23.

Qatar 2022 is set to start on November 20. You can follow CNN's coverage of the World Cup here.