Ski season forecast: Which regions will have the snowiest slopes this year?

Ski season is ramping up across the United States, and AccuWeather’s long-range forecasters have been looking at the conditions you could see on the slopes this winter. AccuWeather’s Lincoln Riddle has the details.

Millions of Americans are preparing for a Thanksgiving unlike any before with virtual family gatherings instead of large get togethers. However, for many, one holiday weekend tradition may call people to the outdoors, offering an escape from the confines of home during the pandemic and socially-distanced fun out on the slopes as ski resorts open with restrictions.

AccuWeather Lead Long-Range Forecaster Paul Pastelok and his team have been analyzing weather patterns for the season ahead, and he offered up some early insights into the weather conditions that may influence conditions for the upcoming ski season. For a solid ski season to occur, cold air, which was lacking last season, is a must, he said. This year, however, the forecast suggests that many places across the United States will have amply snowy ski slopes to turn to when people need a break from the stuffy indoors.

Even though some "significant warmups" are predicted to occur in the U.S. at times this winter, Pastelok said he doesn't expect them to hit the prime skiing areas of the U.S.

Western Washington, Oregon, western Montana and parts of northwestern Wyoming look to be the most promising in terms of seeing a healthy amount of snowfall for the season. Aside from a few warmups early on that could cause disruptions, Alberta clippers -- quick-moving weather systems originating from Canada that often bring light snowfalls -- will keep the slopes fresh and stocked for the bulk of the season.

The ski season could extend well into the spring across many areas of the West, with snow expected to accumulate late in the season, according to Pastelok. When much of the U.S. will begin thinking beaches and summer sun, people traveling to the northern Rockies could continue to hit the slopes into early June. 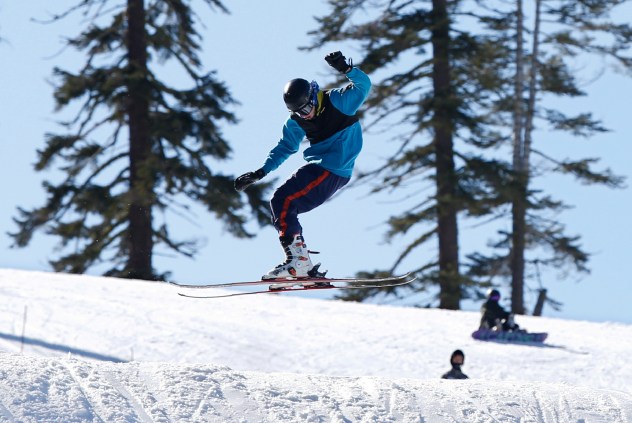 A skier makes a jump at the Sierra At Tahoe ski resort near Echo Summit , Calif., Thursday, Jan. 30, 2020. The California Department of Water Resources held its second snow survey of the season at nearby Phillips Station and found the snowpack at 40.5 inches deep with a water content of 14.5 inches.(AP Photo/Rich Pedroncelli)

A pattern occurring thousands of miles away in the Pacific Ocean -- La Niña -- could help to keep slopes snowy in the Northwest. A La Niña pattern is marked by cooler-than-normal waters in the central and eastern Pacific around the equator, and it can drive frequent storms into the Northwest. Forecasters say the pattern, which is expected to peak in late fall or early winter, has already unleashed a slew of Northwest snowstorms, helping to build an early-season snowpack across the Interior Northwest and northern Rockies.

Colorado and Utah, two states often recognized for idyllic, powdery conditions, are not expected to experience the best set of weather factors this season. Despite an early start with skiers already taking advantage of snowy slopes, "massive" warmups from the Southwest could lead to big temperature swings at times during the season, resulting in melting and icy conditions that are less than ideal for plunging down a mountain.

The frequency of storms for the two states will also be much more of a miss than other years. Central and northern Colorado should experience a relatively normal season, but southern Colorado down into New Mexico is where the problems will arise.

The Upper Midwest may not be a huge region for skiing, but it is expected to see its fair share of frequent winter storms.

"In these days, I really think that anyone is trying to find a way to get out," Pastelok told AccuWeather's Lincoln Riddle in an interview. "So even if they're smaller slopes, I think you're going to see crowded slopes in the Midwest."

Seasoned skiers in the region -- as well as pandemic-fatigued individuals looking for a new socially-distanced hobby -- can expect some lighter snow events that will be dragged out by consistently cold weather. By mid-season, the snow could really pick up if Southern moisture make its way to the Midwest.

"If we can get a big upper-level high to form off the Southeast coast, that is a good zone that could set up for some bigger snow events in January and February," Pastelok said. "That would really solidify the slope action there." 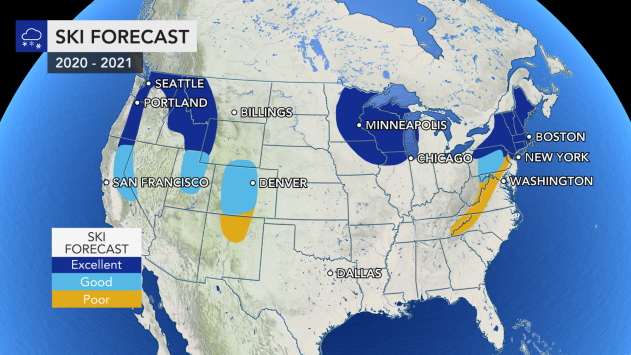 Skiers may run into trouble in the Northeast, where it will be cold enough for snow at times but not as consistently as some other regions across the U.S. Throughout the season, keeping the slopes stocked may be troublesome.

In northern New England, Pastelok said there will be a few nor'easters in the forecast -- major storms that can impact the northeastern U.S. often with heavy snow and wind speeds comparable to hurricanes -- that will not only provide a base snowfall but also keep the cold in the region for the duration of the season.

"I think the warmth will be getting cut off sometimes for the northern part of the Northeast but [for] southern areas unfortunately, that may not be the case," he said.

While there has not yet been any significant snow for the region, winter weather lovers can look forward to next week, when Pastelok said snowfall could really begin to pick up in the Northeast.

"It looks like we will definitely see some snow building up in that area because we'll be getting cold finally," he explained. 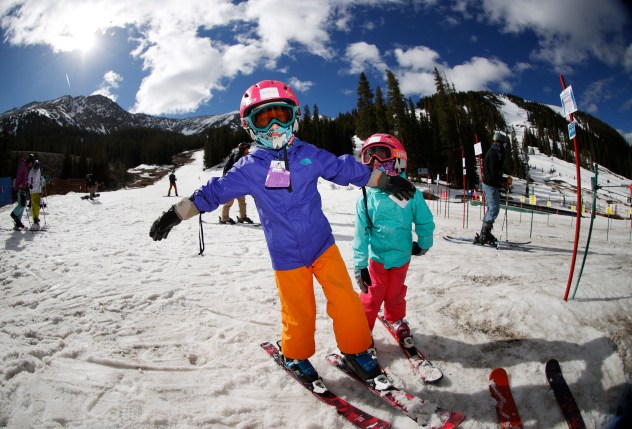 In this Wednesday, May 27, 2020, file photograph, 6-year-old Nara, left, and 5-year-old Hana Davis of Denver, prepare to hit the slopes at the reopening of Arapahoe Basin Ski Resort, which closed in mid-March to help in the effort to stop the spread of the new coronavirus in Keystone, Colo. The ski area, which is the only one in the state to take advantage of the relaxation of coronavirus restrictions by Colorado, will close Sunday, June 7, citing a lack of snow. (AP Photo/David Zalubowski, File)

Many ski and snowboard fanatics, however, will be disappointed to discover the snow will likely not stick around over Thanksgiving as a warmup may cause melting and icy slopes instead.

By the second or third week of December, Pastelok predicted that the weather will be consistently cold enough in the Northeast and Great Lakes area for snow to stay on the ground. The "back-and-forth" of warm and cold snaps that the region is currently experiencing is not uncommon during the transition from fall to winter.

Another warmup in the Northeast could come around January and February, but a few strong snow systems could keep the snowpack heavy enough for skiers to stay satisfied, Pastelok said. The warmups could pose a threat to the slopes though if they lead to ice formation on the surface.

"Despite the warmups, there will be some snow events that take place," Pastelok explained.

The snowpack in New England should be able to survive warmups, but the mid-Atlantic area may not be so lucky, and slopes could become patchy for a portion of the season. Parts of Pennsylvania down to Maryland may end up struggling the most in the region.

Why are forecasters encouraging decorating for winter holidays early this year?
White Christmas forecast: What can you expect to wake up and see this holiday?
Time capsule from the North Pole washes up in Ireland two years later

Despite localized struggles, skiers can start practicing their form as much of the U.S. will have few issues with stocking the slopes once the winter season weather kicks in this year. Comparatively, even the locations that will navigate uncooperative weather are still going to be better off than they were last ski season.

"It's just a few areas like in the Four Corners and maybe the central and southern Appalachians that will struggle a little bit this year," Pastelok said. "This is a good pattern I feel...most areas should do fairly well."