Anger among the rank-and-file about staffing levels and scheduling rules that could penalize them and cost them pay for for taking a sick day had been building for year. 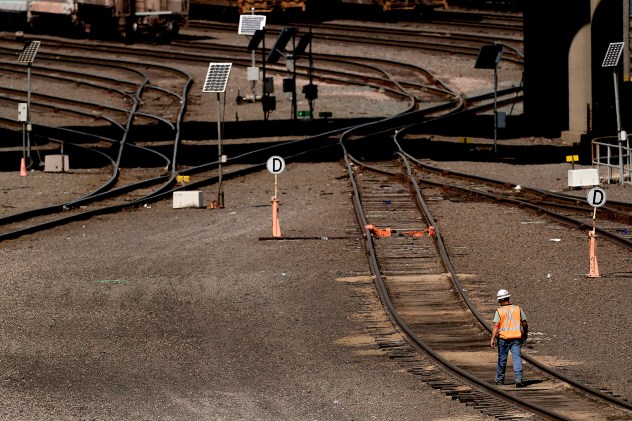 A worker walks along tracks at a BNSF rail yard, on Sept. 14, in Kansas City, Kansas. (AP Photo/Charlie Riedel, File)

(CNN) -- In September, President Joe Biden, the most union friendly president in recent history, got personally involved in negotiations that reached a tentative labor deal that averted a strike at the nation's major freight railroads. It was a deal he hailed as a "win for tens of thousands of rail workers."

But many of those workers didn't see it that way.

And as a result, rank-and-file members of four of the 12 unions have voted no on the ratification votes, starting the clock ticking to a potentially catastrophic industry-wide strike that could start at Dec. 9 at 12:01 am ET.

While the rejected contracts would have granted workers their biggest wage increases in 50 years -- immediate 14% raises with back pay and 24% raises over the course of five years, plus $1,000 cash bonuses every year -- wages and economics were never the big problems in these talks.

There were scheduling rules that kept many of the workers on call seven days a week, even when they weren't working, the lack of sick pay common for workers in other industries, and staffing shortages.

The tentative agreements made some improvements in those issues, but they didn't come close to what the union was seeking. Anger among the rank-and-file about staffing levels and scheduling rules that could penalize them and cost them pay for for taking a sick day had been building for year. Working through the pandemic only brought the issues more front and center. And that, plus the record profits being reported by many of the railroads last year and likely again this year, prompted many workers to vote no.

"Some of this vote, I think, wasn't necessarily a referendum vote against the contract as much as it was against their employers," said Jeremey Ferguson, president of the transportation division of the Sheet Metal, Air, Rail Transportation union, the largest rail union which represents 28,000 conductors. Its members voted against the tentative agreement in vote results announced Monday.

"Members aren't necessarily voting on the money issues," he told CNN Tuesday. "It's quality of life, and how they're treated. When big corporations cut too deep and they expect everybody else to pick up the pace, it becomes intolerable. You don't have family time, you don't have time to get adequate rest."

There was widespread opposition to the contract even at some of the unions whose members ratified the deal. 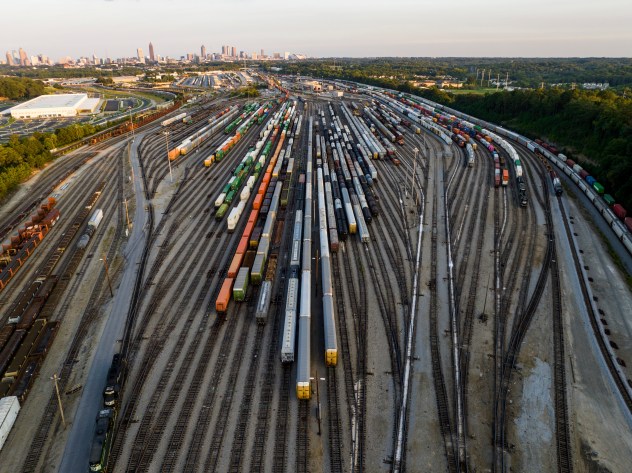 Only 54% members in the Brotherhood of Locomotive Engineers and Trainmen (BLET), the second largest rail union, voted for the deal. Union members across the industry who opposed the proposed deal did so knowing that Congress might vote to order them to stay on the job or return to work under terms of a contract that could be even worse than the ones they rejected.

Workers have a disadvantage by law

There are many reasons the nation is now on the precipice of a strike, some going back nearly a century, to the passage of the Railway Labor Act.

Passed in 1926, it was one of the nation's first labor laws and put all types of restrictions on strikes by rail workers that don't exist for union members at most other businesses.

While the law may allow Congress to eventually block a strike or order union members back to work once a strike begins, the unions argue that limiting the right to strike has weakened the leverage unions need to reach labor deals acceptable to the majority of their members.

"Congress staying out of it would obviously giving unions leverage," said Dennis Pierce, president of the Brotherhood of Locomotive Engineers and Trainmen (BLET.) He said other businesses know they face costs if a union goes on strike that the railroads don't have to pay.

A strike would be a body blow to the nation's still-struggling supply chain, as 30% of the nation's freight as measured by weight and distance traveled, moves by rail. It's impossible to run a 21st century economy without this 19th century technology.

The US economy, which many think is at risk of tipping into recession, would be severely damaged by a prolonged rail strike. Shortages of everything from gasoline to food to automobiles could occur, driving up the prices of all of those products. Factories could be forced to close temporarily due to the lack of parts they need.

That is why many expect Congress to step in and impose a contract on members of the four unions that have yet to the proposed deals.

"I don't think it's anyone's goal to get Congress involved, but Congress has shown a willingness historically to intervene if necessary," said Ian Jefferies, CEO of the Association of American Railroads, the industry's trade group.

Would a divided Lame Duck Congress be able to find bipartisan agreement to act, and act quickly, to prevent or end a strike? "This is not a political issue. This is an economic issue," he said.

For Jefferies, the "best outcome" is for the railroads and the unions that have rejected the deals to come agree on new deals that can be ratified by the rank-and-file. One rail union, the machinists, initially rejected the deal, only to ratify a slightly revised agreement, albeit with only 52% of members voting in favor.

"There's absolutely opportunities if a ratification fails the first time to sit down and come to additional agreements and put that out and get the [tentative agreement] ratified," said Jefferies.

But the unions say that railroads are unwilling to negotiate on issues such as sick time because they are counting on Congress to give them a deal they want, even if the record profits (or near record profits) being reported by the railroads suggest that the companies have the resources to give the unions what they are demanding.

"They're telegraphing they expect Congress to save them," said Pierce, president of the engineers' union. He and the other union leaders members are concerned that Congress will act, even though Democrats, who still control both houses in the current Lame Duck session, were reluctant to vote to block a strike in September as the strike deadline approached.

"It's hard to say what Congress will do," said Pierce.

Some union supporters who are not returning to Congress next year might not even attend the Lame Duck session, he added. And the railroads' and business groups' hope of quick action by Congress could be derailed by other items on the Congress' busy agenda.

Still, Pierce and other union leaders worry that even some pro-union members of Congress could vote to block or end a strike rather than be blamed for the disruptions a strike would cause.

"I didn't get sense they had stomach to let a strike upend the economy," he said.

The unions intend to lobby Congress to try to block any legislation ordering them to keep working or return to work soon after a strike starts. But they expect to be outgunned by lobbyists for the railroads and other business interests.

"I expect they'll have about one lobbyist for every member of Congress," Pierce said.

A strike would once again put Biden in a tough spot, as the pro-union president would be caught between angering union allies who want to be allowed to go on strike or risking the economic upheaval that the strike would cause.

While Biden doesn't have the authority at this point in the process to unilaterally order the railroad workers to stay on the job, as he did in July, he would need to sign off on any Congressional action for it to take effect.

Tuesday White House press secretary Karine Jean-Pierre repeated earlier White House comments that "a shutdown is unacceptable because of the harm it would inflict on jobs, families." But she wouldn't answer questions as to whether or not Biden is prepared to agree to Congressional action mandating a contract that workers find unacceptable.

"We are asking the parties involved, to come together in good faith and resolve this," she said, adding that "the President is directly involved" in discussions once again.

If Congress does act, the Railway Labor Act is doing what it was designed to do, the railroads say.

"The goal of the Railway Labor Act was to reduce the likelihood of a work stoppage," said the AAR's Jefferies. "And it's been remarkably effective in doing that. The last work stoppage we had was 30 years ago, and it lasted 24 hours before overwhelming bipartisan congressional [action to end the strike]. I think all parties agree that a work stoppage or a shutdown of the network is not helpful to anybody involved."