Kids love ’em, but they can be dangerous

A new study examining wind’s impact on a favorite childhood pastime hopes to raise awareness among parents of how quickly a popular backyard activity can turn disastrous.

With summer still in full swing, outdoor occasions such as birthday parties have families always scrambling for entertainment options for youngsters. One of the classic creative party attractions is the inflatable bounce house, a gateway for galloping children to unleash their energy.

While the bounce house may seem like a no-brainer for a sunny day, windy conditions could turn a fun time into a potential disaster, according to a new study. The American Meteorological Society recently went in-depth into the relationship between the colorful nylon castles and the winds that can make them unstable and send them airborne, using the study as a caution for bounce house use.

“Winds that would be characterized by the public as a breezy day are able to push these things over, make them roll, and depending on the situation, even lift them into the air,” University of Georgia Professor John Knox, who specializes in atmospheric hazards, told AccuWeather National Reporter Emmy Victor. 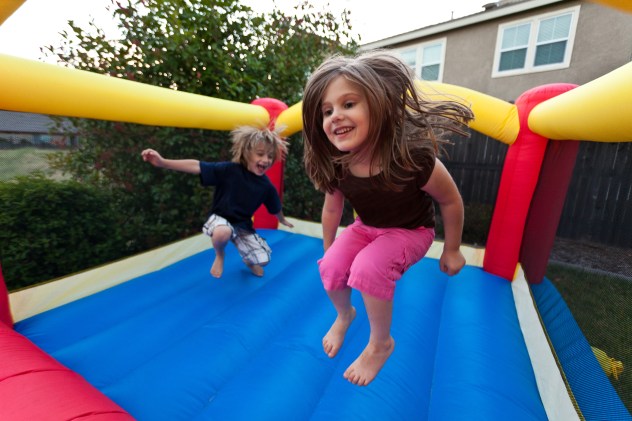 Children have fun in backyard bounce houses, but parents should be cautious about the effect wind can have on the inflatables. (Photo via Getty Images)

Knox, along with several other scholars, put together the report to point out the safety concerns surrounding bounce houses, specifically regarding wind, so parents and others are more aware. Indeed, what some may consider light winds could carry a heavy toll on the blow-up constructions.

Looking at 132 wind-related bounce house incidents from January 2000 through December 2021, the study showed that these incidents led to 28 deaths and 479 injuries. About half of the incidents took place on days with winds less than 25 mph, while around a third of them took place with winds of less than 20 mph present.

Even more injuries, the researchers noted, are most likely unaccounted for, with victims not even using the bounce house in some cases. 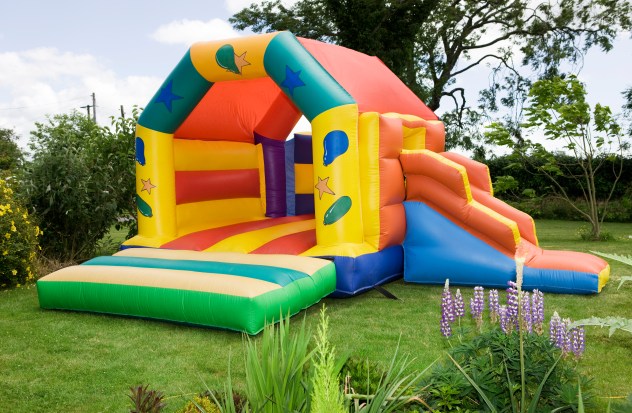 Bounce houses have become a summer party staple but leave concerns on how to keep the fun going safely amid wind gusts. (Photo via Getty Images)

Only 19 states use the American Society for Testing and Materials (ASTM) standards stating the maximum wind speeds (25 mph) at which people should put a kibosh into bounce house use. A total of 17 states have zero guidelines regarding bounce house use. Other ASTM standards touch on topics such as prohibiting placing bounce houses near tree branches, power lines or fences, as well as stressing that children should always be supervised by an adult during play.

Tips for proper usage of the inflatables include having the houses properly secured to the ground, as well as making sure the house is deflated when not in use. Anemometers, which are gauges of wind speed and direction, are also recommended.

“Have fun at bounce houses, they’re great, (but) you have to be vigilant in terms of safety,” Knox told Victor. “Most people don’t have a handheld anemometer right there at the bounce house, and maybe they need to.”

Recreation How realistic were the flying scenes in the new 'Top Gun' movie?