How realistic were the flying scenes in the new 'Top Gun' movie?

A retired Top Gun aviator spoke with AccuWeather and dished on what was realistic in the blockbuster film -- and how important the weather is during real-life fighter jet missions.

From the accuracy of the new movie's cockpit perspective to the brutal weather aboard aircraft carriers, hear from a retired fighter jet pilot in this interview with AccuWeather's Adam Del Rosso.

The movie has pulled in more than a billion dollars in worldwide box office earnings, becoming the biggest hit yet in Cruise’s 40-year career. Showcasing the story of naval pilots, Maverick looks to inspire potential recruits the same way the original Top Gun did in 1986.

That year, John Ricco was far from being an American hero -- he was a 16-year-old kid preparing for a date. What he chose to do for that date, however, set him on the pilot’s path.

“I watched [Top Gun] that weekend about eight times and I was hooked,” Ricco said during a recent appearance on AccuWeather Prime. “The date went horribly, but destiny was chosen at that point. What I saw there, I didn’t know what was real and what wasn’t, but I just wanted [to be] a part of that action. It looked intense, challenging, amazing.” 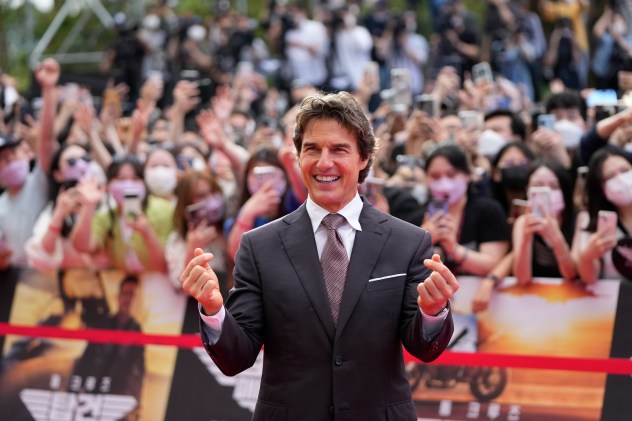 Ricco took on the challenge, eventually becoming a Top Gun pilot himself during his distinguished career as a Naval Officer. Nearly three decades later, Ricco was entranced by the on-screen flight depictions once more, so much so that he's seen Maverick three times now.

“The public’s getting a chance to peek behind the curtain," he said in the exclusive interview. "I think the country and the world loves jobs that are exciting and dangerous, and this certainly is that.”

What amazed Ricco about the film was its realism and he applauded director Joseph Kosinski and crew for meticulously detailing the magic of flight.

Ricco said the movie "really did an amazing job capturing how things work in the cockpit, all the G-forces, all the actors that were in the backseat were feeling the real effects and it was authentic flying.” He added, “No CGI. It was the real deal -- just an awesome example of what we do out there.”

What pilots “do out there” in the F/A-18 Hornet combat jets requires top physical condition, Ricco said, before breaking down just how tough one mission can be while up in the air. 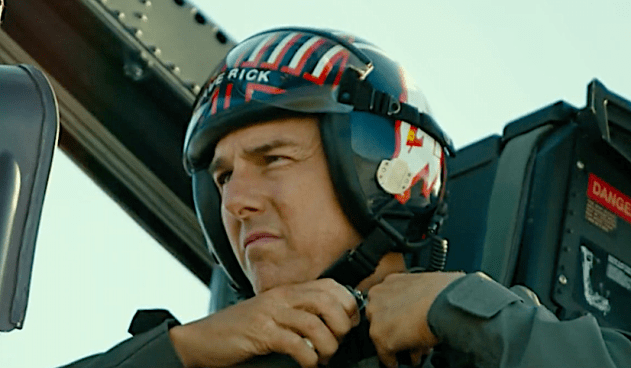 Tom Cruise seen on the set during the shooting of the film 'Top Gun: Maverick.'

“For example, if your arm is 20 pounds and you’re flying a mission that requires eight Gs in a dogfight, your arm feels like 160 pounds while you’re moving it around the cockpit. Picture that as your head, neck, shoulders (are) twisting around trying to find someone, trying to find a target. It definitely helps to have those muscles in shape and ready to go.”

A third-generation officer, Ricco also stressed the importance of how weather factors into flights. The challenges are numerous when preparing for a mission, having to account for anything from snow and sandstorms to blazing heat and thunderstorms.

Fortunately for Ricco and his crew, meteorologists are with the pilots every step of the way.

“We go through meteorology training right when we start in [the Naval Air Station at] Pensacola,” he said. “Our meteorologists are on the aircraft carrier with us, involved in pre-flight planning. They know the mission, they know what weather we need, so they’re involved in the process the whole way. We get a weather briefing right before we get ready to brief the mission, and right before we take off from the carrier … so [they’re] super important.” 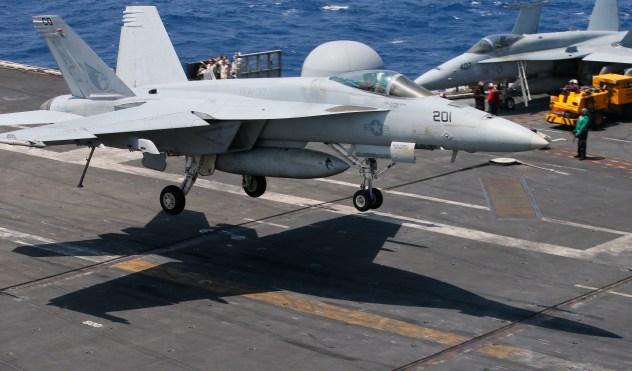 Now retired from F/A-18 duty and working as a financial planner in Key West, Florida, Ricco said that the charm of Maverick can be best described by its parallels to real-life Naval procedure, as well as the motivation behind every pilot: protecting the United States and its citizens.

While he's gone through a “wonderful transition” into his new life, Ricco still has a soft spot in his heart for the companionship he enjoyed during his flying days, namely from base sailors.

“It was great working with those guys and gals. They’re the ones that get our airplanes up and running, prepping everything, putting weapons on, filling [them] up with gas … talk about teamwork, camaraderie -- that’s it.”