A scorching heat wave and worsening drought across the West has led to record low water levels at Lake Mead. Climate experts say the situation could get worse.

With water levels at the nation's largest reservoir hitting an all-time low, officials are preparing for what that could mean for the region's water supply.

Cradled between Nevada and Arizona, Lake Mead has the potential to hold an impressive 26.12 million acre-feet of water, earning itself the title of largest reservoir in the United States in terms of water capacity -- when it's full. However, its current state reflects only a puddle of its potential.

As of June 14, 2021, the reservoir formed by Hoover Dam held roughly 9 million acre-feet of water, about 36% of its full capacity after the region experienced over two decades of drought. 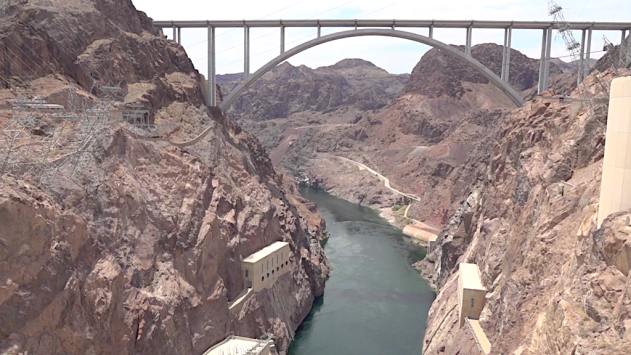 The Colorado River system provides water to tens of millions of people, with the water belonging to the seven basin states as well as Mexico, according to Mike Bernardo, the river operations manager for the Lower Colorado basin region of the Bureau of Reclamation.

Bernardo told AccuWeather Senior On-Air Meteorologist Adam Del Rosso that it's likely the region will be in its first level one shortage condition by the year 2022.

A large swath of Nevada, Arizona and Utah is experiencing an "exceptional drought," according to the U.S. Drought Monitor. This category is the most extreme measurement on the scale. 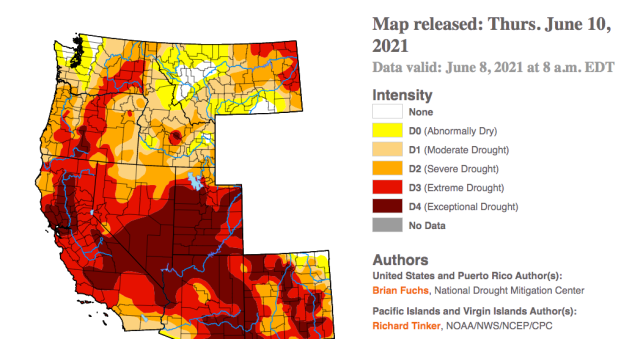 The last measurable precipitation in the area of Lake Mead was on May 16, according to AccuWeather Senior Meteorologist Carl Erickson. However, that only amounted to 0.01 of an inch of rainfall. The last notable amount of rainfall goes back a few months.

Looking ahead, Erickson added, it's likely the area will remain dry through the rest of June and into early July. To date, there's been no measurable rainfall in June.

Paleoclimatologist Matthew Lachniet, who studies the climate history of the planet, told AccuWeather National Reporter Bill Wadell that human impacts are also contributing to the drought.

“We have some natural variability that’s giving rise to these droughts but then we also have the human impact on top of that, and that’s causing temperatures to rise," Lachniet said.

"It causes more evaporation in the water, and then the soils don’t help cool down the climate, so you amplify those warm temperature extremes," he added. 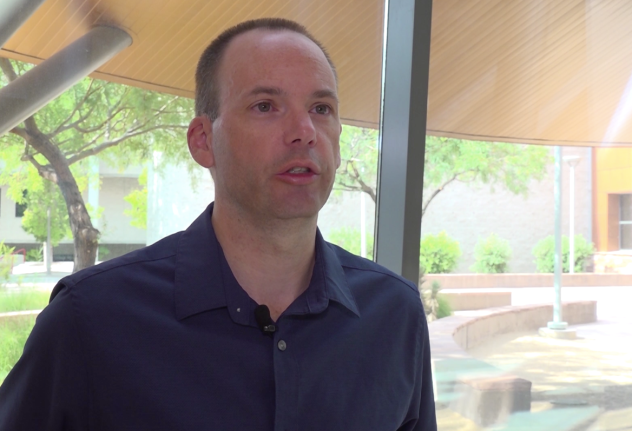 Bernardo explained to Del Rosso that the water system, including Hoover, Davis and Parker dams, is designed to capture water during events and years of high flow, then allow for delivery of the captured water during periods of drought and low flow. However, the longer the drought lasts, the greater the impact on that process.

"We've seen 22 years of essentially low-flow years," Bernardo told Del Rosso. "Only five out of the last 22 years have been above average inflow. So, the system's designed and it's resilient to have a massive storage capacity to deliver that water, but as the drought is prolonged, it does certainly lessen our ability, and the risk that we have on the system increases."

It would take between three to four years of above-average snowpack in the Rockies to refill Lake Mead and Lake Powell, Patti Aaron, a public affairs officer at the Bureau of Reclamation, told Wadell. 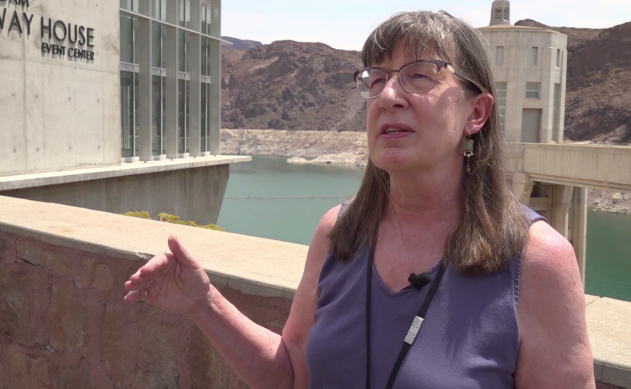 Patti Aaron, a public affairs officer at the Bureau of Reclamation, tells Bill Wadell it would take three to four years of an above-average snowpack in the Rockies to restore both Lake Mead and Lake Powell to their full capacities. (AccuWeather / Bill Wadell)

The snowpack in the Rockies provides around 90% of the water supply for the Colorado River, Bernardo noted. The river feeds both Lake Mead and Powell, the latter of which currently holds about 34% of its maximum capacity.

However, officials have been trying to reassure the public that conservation efforts could help curb the water shortage.

"It’s not unexpected as we’ve been in 22 years of drought and it is not unplanned for," Aaron said. "We have a lot of things in place to keep the reservoir from going down to a critical level."

While there are plans to keep the reservoir from hitting critical levels, people and the states will have to do their part in conserving water. A shortage declaration will mean cuts to Arizona, Nevada and Mexico, according to Aaron.

Bernardo said that the Colorado River Basin could have been in a shortage condition back in 2015 if it wasn't for conservation measures from the basin states and Mexico, which had been able to conserve four million acre-feet in Lake Mead since 2007.

"Everyone has seen it coming, but we're trying to prolong it long enough to get these good runoff years where we could start to refill that system and get us out of this condition," Bernardo said. "And again, we hope that we can still get there next year, and we'll continue to hope that."

Lachniet, the paleoclimatologist, told Wadell that looking back could provide even more clues about what's ahead in the future for these drought-stricken parts of the country.

"What we're seeing today is similar to some of the so-called mega-droughts that we've seen in the past," Lachniet said. "However, when we look back further in time, we see that nature is capable of giving us droughts that last hundreds of years. Potentially even thousands."

Volcano vs. typhoon: Island hit by double disasters in one day
Heat wave to crank temps even higher, break more records across West
Skies went dark: Historians pinpoint the very ‘worst year’ ever to be alive