A 200-year-old oak tree in Portland, Oregon, that was reportedly in good health lost a branch estimated to weigh 30,000 pounds as a result of a recent heat wave -- but did it really explode? 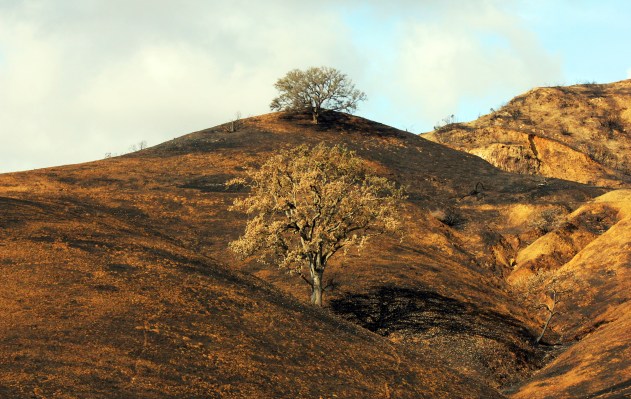 The Pacific Northwest has endured multiple extreme heat waves between the current summer season and last year's that are uncharacteristic of the normal climate in the region. These abnormal weather events don't just turn deadly or destroy infrastructure like 2021's historic heat wave did but also can be detrimental to trees that are needed for crucial summer shade.

In Portland, Oregon, a 200-year-old oak tree in the city's Eastmoreland neighborhood was the latest victim of a heat wave in late July, when high temperatures skyrocketed over 95 degrees Fahrenheit for seven days straight. Although last month's heat wave was not as intense as the one that baked Portland in June of 2021, it lasted two days longer.

A huge limb from the tree, estimated to weigh more than 30,000 pounds, suddenly fell to the ground, taking out power lines and a nearby fence, local station KPTV reported.

KPTV cited a local arborist, Michael Jolliff, who said that the heat could've caused the tree to explode. “That [heat] tends to cause thermal changes inside the tree in the wood tissues and also the buildup of gases inside the tree,” Jolliff said to the news outlet. “That can be explosive and sudden.”

200-year-old tree explodes in Portland due to heat wave: https://t.co/Px3shEWIyt

While the station reported that the tree "exploded," urban and community forestry manager at the Oregon Department of Forestry Scott Altenhoff said the notion that a tree spontaneously exploded is a common misconception.

Rather, limb drop is a symptom of drought. Trees grow with a certain expectation for how much water they'll have at any given time, and when weather conditions don't match up with those expectations, the careful balance falls apart.

"The bottom side of the limb is pushing and the top is pulling to keep the limb in place. When high temperatures occur during the summer the water balance in the limb changes, we see sudden failure," Altenhoff explained.

The weight of the limb also plays a role. "Just by virtue of the gravitational forces, if subtle differences occur suddenly, it can be catastrophic."

Altenhoff said oaks are fairly resilient to sudden limb drop, but it can still occur when conditions are especially rough, like the current McKinney Fire in Klamath National Forest, California, which has been burning for weeks near the Oregon border.

On Tuesday, Dennis Burns, a fire behavior analyst for Cal Fire, recalled that while on his patrol of the fire he saw an oak tree's leaves had already changed color, according to a press release. Leaves changing color more than a month ahead of the start of fall is a sign of severe drought, Cal Fire stated.

However, oak trees have developed several natural contingencies since they first started to appear in the mid-Cretaceous period -- about 100 million years ago -- that allow them to handle droughts. According to a research paper by University of California biology professor Michael Allen, oaks form a symbiotic relationship with fungi in the ground, called hyphae, which give them access to a variety of different nutrients that allow them to adapt to different living situations.

"Oaks also have deep roots. This allows access to water resources deep in the groundwater, and with hyphae that extend into the granite matrix," Allen wrote. "Thus, water can be accessed even during drought periods when surface soils are extremely dry."

Oak roots and hyphae, string-like appendages that are attached to the roots and the soil, work by hydraulically lifting water from deep in the ground and can even take up nutrients during extremely dry conditions. It's a dynamic combination that has allowed oaks to survive for millennia.

"Together, these adaptations should allow oaks to persist and even thrive under the projected climate change, unless conditions become too harsh," Allen wrote. While conditions might not be harsh enough for oaks to die from drought, the number of falling limbs could go up.

"As we experience more intense and prolonged droughts and higher temperatures, the likelihood of this occurring more frequently is definitely there," Altenhoff said. However, he said there is something that can be done to mitigate this problem.

"This is where preventative pruning can really help hedge our bets against this. We wouldn't want to do too much," Altenhoff said. Having an established maintenance schedule and removing excessive weight could curb instances of limb drop or make them less damaging.

The most common trees to experience sudden limb drop are cottonwoods, bigleaf maple, elm and horse chestnut trees, which are all common urban trees, Altenhoff said. He said another common misconception is that sudden limb drop happens only to unhealthy trees, but he has seen the phenomenon in trees without any prior defects or problems.

In October, the Pacific Northwest could be the first region in the West to receive much-needed rainfall that could mitigate the effects of drought on trees, according to AccuWeather's fall forecast.