Find out what AccuWeather forecaster's are predicting what's in store for the East and Central Pacific during the 2019 hurricane season.

Following an active East Pacific hurricane season in 2018, AccuWeather meteorologists are predicting another busy season across the basin with 20 to 22 named storms and 10 to 12 hurricanes.

While the numbers may fall just short of what occurred in 2018, an above-normal season for tropical activity is forecast.

"Warm sea surface temperatures be one of the key factors to the above-normal activity this season," said AccuWeather Hurricane Expert Dan Kottlowski. 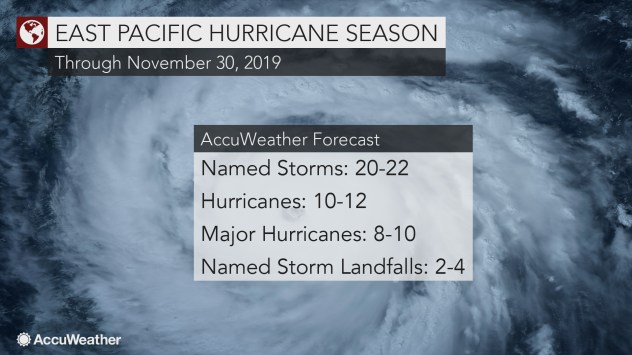 One exception to this is areas near the west coast of Mexico, where cooler-than-normal water and a forecast for higher-than-normal vertical wind are expected to limit tropical development close to Mexico's western coastline.

This combination of factors may cause development to occur farther from Mexico, with storms expected to develop farther into the East Pacific and generally track parallel to or away from the western coastline of Mexico. 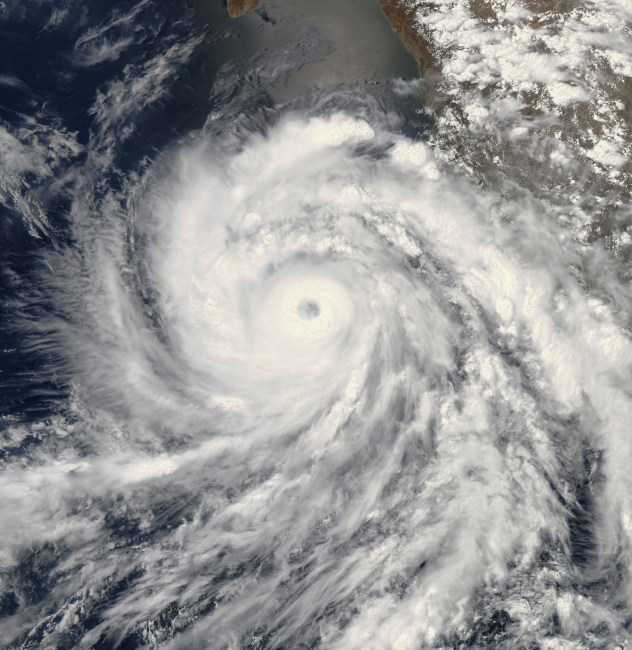 However, with high likelihood of above-normal overall tropical storms and hurricanes throughout the season, AccuWeather meteorologists are predicting two to four impacts to Mexico.

Warming ocean waters during the months of August, September and October will bring an increased chance for frequent tropical development.

Tropical systems developing during this time will have the greatest potential to become major hurricanes, reaching Category 3 strength or higher, and bring a high risk to lives and property. 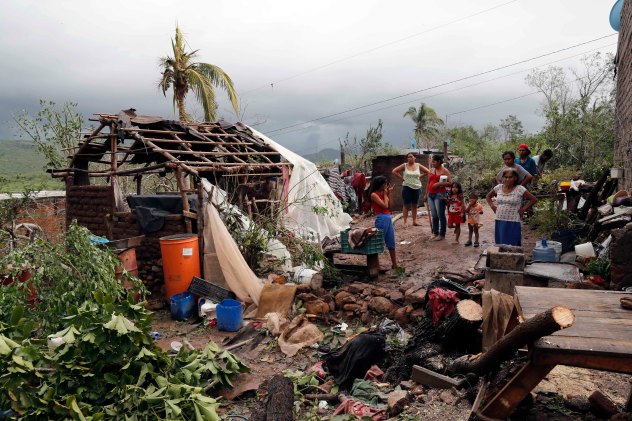 A family stands near their damaged home and debris in the aftermath of Hurricane Willa, in Escuinapa, Mexico, Wednesday, Oct. 24, 2018. (AP Photo/Marco Ugarte)

AccuWeather is calling for eight to 10 major hurricanes to develop within the basin this year, following 10 such storms in 2018. A normal season spawns four major hurricanes.

Having a hurricane action plan in place ahead of time is essential to be prepared for life-threatening situations.

“You want to prepare for the worst case scenario — that’s called having a hurricane plan. And the government and local officials do have guidelines on how to create such a plan depending on where you live,” said Kottlowski.

AccuWeather meteorologists are also predicting a more active-than-normal season for the Central Pacific, once again putting Hawaii on alert for potential impacts. 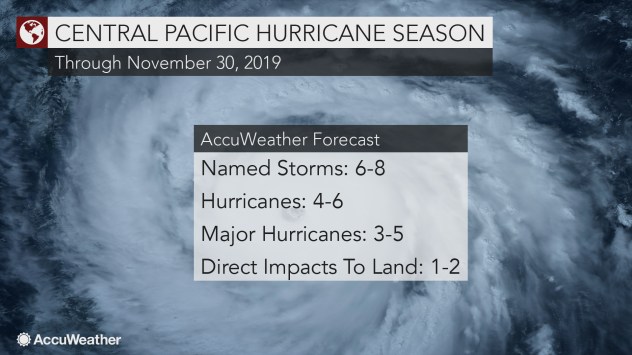 "The onset of an El Niño typically increases the total number of storms and hurricanes in the basin," said Kottlowski.

This increase in tropical cyclone activity will increase the chances for a Hawaii impact.

"The most worrisome track for an impact on Hawaii is from the south," said Kottlowski. 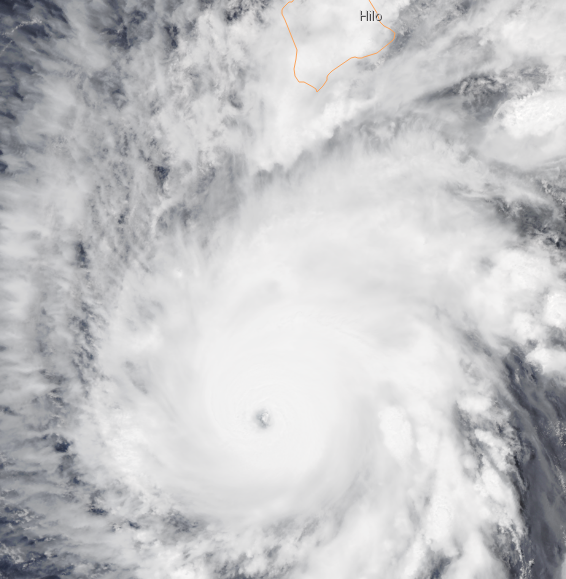 Only four hurricanes have taken this track into Hawaii and brought significant impacts since 1950, but Hurricane Lane did so just last year.

The combination of a more active season and warmer-than-normal ocean water south of Hawaii could set the stage for a tropical system to approach from the south this season.

The most likely time of the year for an impact on Hawaii will be from July into early October.