AccuWeather predicts economic cost of Harvey, Irma to be $290 billion

It has been a destructive and costly hurricane season, following the historic impacts from Hurricane Harvey and now Hurricane Irma.

This is the first time in the history of record keeping that two Category 4 or higher hurricanes, Harvey and Irma, have struck the U.S. mainland in the same year.

"That is extraordinary by itself," Dr. Joel N. Myers, AccuWeather founder, president and chairman, said.

"And also unprecedented is that this particular storm, Irma, has sustained intensity for the longest period of time of any hurricane or typhoon in any ocean of the world since the satellite era began," Myers said. 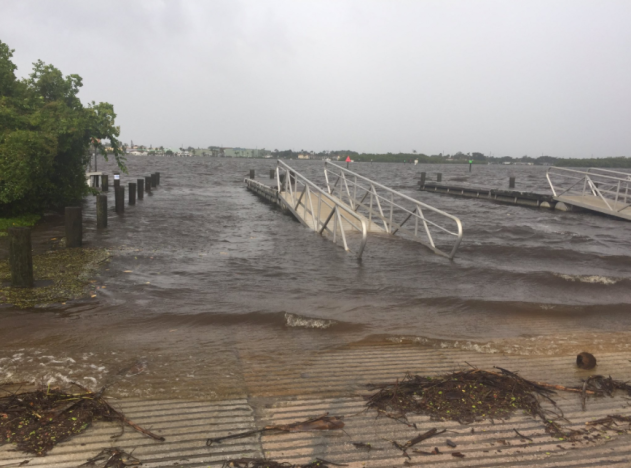 Irma has great staying power, and it is a unique storm. It has had a brush with several islands in the Caribbean and ran on land in Cuba. Then, it hugged the Florida coast as a major hurricane. Irma weakened to a tropical storm while over Florida on Monday morning.

"The storm is not only intense, it is also very large. The area affected by the strong winds along the west coast near the center of the storm will barrel along and hug the coast closely heading due north, and will bring winds gusts of well over 100 mph and conceivably over 125 mph," Myers said.

These types of storms cause extremely hazardous conditions, including flying objects, fallen trees, downed power lines, which carry the potential for electrocution, broken window glass on homes and cars and damage to roofs and other structures. Storm surge will be another major threat.

"The period of damaging winds will last longer than normal because of these reasons. The size of the storm combined with its slow movement means that hurricane-force wind gusts in some places will occur over a time period of 12 or more hours, so the damage will be compounded," Myers said. "And also, along the west coast of Florida, you’ll have damage from the easterly winds in advance of the storm and westerly winds behind the storm due to the circulation around the eye."

The westerly winds behind the storm will be particularly damaging on the west coast because they will bring in the sea from the Gulf and the high tides.

"So, while there will be damage on the west coast ahead of the storm from the wind and rain, once the storm passes there will be an onslaught of wind from the other direction and structures and trees that withstood the wind from one part of the storm may be weakened and susceptible to sustaining damage," Myers said. "Winds off the Gulf of Mexico will cause additional damage by bringing in the water to coastal areas."

Irma will cause damage from all three factors – wind, flooding from heavy rain and damage from the sea in different places in Florida.

While one may not think about hurricane-force winds across the interior, there will be many places well removed from the coast in Florida 25-50 miles inland that will see wind gusts of over 100 mph. 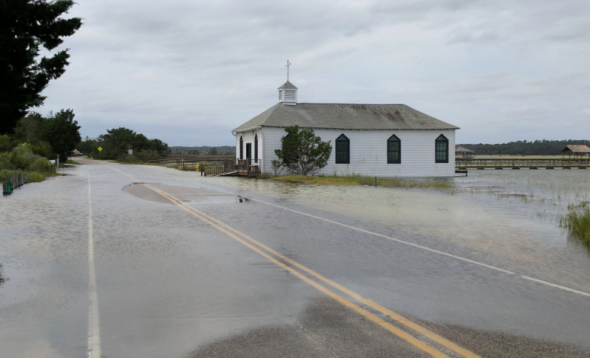 The storm will weaken once it gets through the Florida Panhandle and Georgia, but the harmful, life-threatening effects of the storm could last into Wednesday or Thursday north of Florida.

The life-threatening impacts will include rain and flooding Tuesday through Wednesday, and possibly into Thursday, across Georgia, northeastern Alabama, the mountains of Tennessee and North Carolina, and perhaps as far north as Kentucky and the mountains of West Virginia.

"This is a story for many days to come, and Florida will be ravaged the most through Sunday night and maybe north Florida Monday morning," Myers said.

"We believe the damage estimate from Irma to be about $100 billion, among the costliest hurricanes of all time. This amounts to 0.5 of a percentage point of the GDP of $19 trillion," Myers said.

"We estimated that Hurricane Harvey is to be the costliest weather disaster in U.S. history at $190 billion or one full percentage point of the GDP. Together, AccuWeather predicts these two disasters amount to 1.5 of a percentage point of the GDP, which will about equal and therefore counter the natural growth of the economy for the period of mid-August through the end of the fourth quarter," Myers added.

Economic costs are incurred by, but not limited to, the following:

"AccuWeather takes our responsibility of providing the most accurate forecasts and warnings and the impact on people and business very seriously. This is a solemn responsibility that we have and our people are working extremely hard and with great intensity to make sure that all the people we reach can depend on our info for the utmost in reliability so they can make the right decisions during these stressful times. We also take great pride in the fact that we were the first to warn of the magnitude of both Harvey and Irma and have been out ahead of other sources on both so people know they can get the latest and best info from the AccuWeather app and our website. We thank those who put trust in AccuWeather forecasts and warnings and are gratified by the countless notes of thanks we are receiving from our customers and users in the affected areas," Myers said.