Recent downpours pushed Sydney, Australia, to its wettest year in recorded history as more than 7 feet (2,134 mm) of rain has drenched the region so far in 2022. AccuWeather meteorologists say that additional downpours this weekend will not only increase the margin of the new record but also greatly elevate the risk of flooding across the city.

As of Saturday, local time, Sydney's Observatory Hill weather station has recorded more than 87 inches (2,200 mm) of rain since Jan. 1, 2022, eclipsing the prior annual record of 86 inches (2,194 mm) set 72 years ago in 1950. A deluge that unleashed more than 3.80 inches (96 mm) of rain across the city from Thursday morning to Friday was responsible for stamping the new mark in the weather history books. Weather records have been kept at Observatory Hill since 1858.

To put this rain amount in perspective, Sydney, the capital of New South Wales, averages around 39 inches (1000 mm) in a year.

The excessively wet conditions have led to disastrous flooding events throughout the year in southeastern Australia. In early July, extreme rainfall led to a natural disaster being declared by the Australian federal government. Back in late February, 2 feet of rain poured down in Brisbane, the capital of Queensland, before the historic deluge reached Sydney in March. 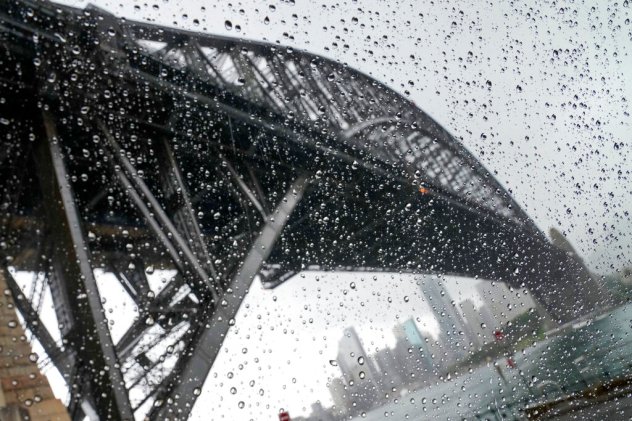 The Sydney Harbour Bridge is seen through a rain covered window in Sydney, Australia, Thursday, Oct. 6, 2022. Sydney notched up its wettest year in over 160 years of records, Weatherzone's Andrew Miskelly said, recording 2199.8mm at 1.10pm. The previous record was 2194mm in 1950. (AP Photo/Mark Baker)

"The main reason for the record wet year has to be the triple-dip La Niña," AccuWeather Lead International Forecaster Jason Nicholls explained, adding that other broad-scale atmospheric factors have also played a role in amplifying the unprecedented rainfall around Sydney and eastern Australia. La Niña, a pattern marked by below-normal sea surface temperatures in the central and eastern Pacific around the equator, is predicted to continue through the remainder of 2022 and into the start of 2023.

AccuWeather meteorologists say the new rain record will only increase as many more weeks remain on the calendar for 2022.

Through the weekend, downpours are likely to plague the Sydney metro area and result in an increased risk of flooding. "The city will get a one-two punch of rain into Sunday, local time," Nicholls said.

In the wake of a departing weather system at the end of the week, a separate storm has continued to spread widespread heavy rain in eastern New South Wales on Saturday, local time, and is expected to persist into Sunday. 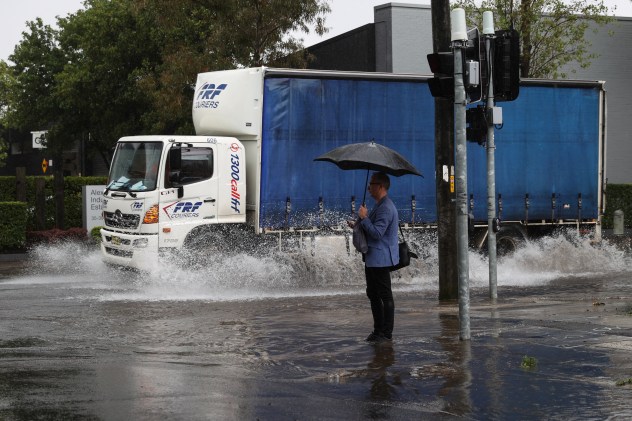 A pedestrian stands on the corner of a flooded street as heavy rains affect Sydney, Australia, October 6, 2022. REUTERS/Loren Elliott

"Rainfall can total 2-4 inches (50-100 mm) with locally higher amounts. Given the already saturated ground, this additional rain is expected to result in flooding around Sydney and other portions of eastern New South Wales," Nicholls said.

Nicholls noted that another burst of heavy rainfall may arrive in the region during the middle to latter part of next week, adding to the already historic rainfall totals in the city.