A cross-country storm is set to move from coast to coast this week and trigger delays for Americans hitting the roads or heading to airports around the Thanksgiving holiday, one of the busiest travel periods of the year.

The storm will first impact the United States Tuesday as it pushes onshore across the Northwest with rain and snow. The storm is then forecast to intensify in the southern Plains on Thanksgiving Day, where it will bring wet weather to the center of the country and the threat for winter weather across portions of New Mexico and Texas Panhandle by Thursday night and Friday.

In this area, rain and some thunderstorms are expected to dampen outdoor holiday activities in cities such as Memphis, Tennessee, Jackson, Mississippi, and New Orleans. Widespread flooding is not expected; however, motorists along portions of interstates 10 and 20 should be on alert for heavier downpours that could bring reduced visibility as well as ponding on roadways. 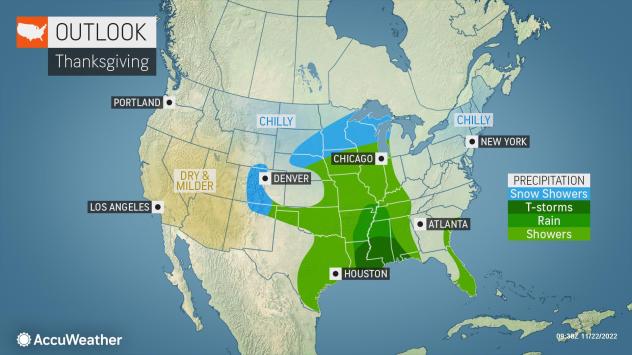 Farther north, across the Midwest and the northern Plains, any precipitation that falls on Thursday is expected to be more intermittent. In parts of Nebraska, South Dakota, Minnesota, Wisconsin, Colorado and New Mexico it will be cold enough for any precipitation to fall as snow.

As the holiday comes to a close, AccuWeather meteorologists say that conditions will begin to deteriorate across the eastern U.S. after the holiday.

While the exact timing and how quickly the storm moves from the South into the Northeast is less certain at this time, AccuWeather meteorologists say that the rain and snow the storm produces could put a damper on outdoor plans and disrupt travelers through the end of the week. 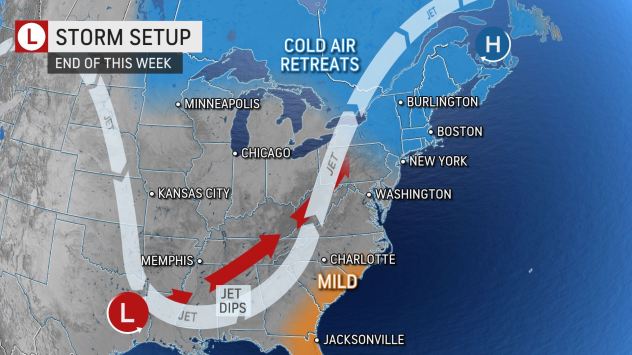 Should the storm move quickly, thanks to help from the jet stream, the wettest conditions in the southern U.S. would be Thursday and Thursday night, with rain and thunderstorms targeting the Eastern Seaboard on Friday and Friday night. Such a scenario would allow for drier weather, and good travel conditions, in time for the weekend across much of the eastern U.S.

However, it's possible the storm moves more slowly. In this scenario, wet weather would linger in the southern Plains and the Southeast on Friday, allowing drier weather to prevail across the mid-Atlantic and the Northeast. Instead, the wetter day for the Northeast would be Saturday or even Sunday.

"Those with travel plans at the end of the week should keep checking back with AccuWeather for the latest on the storm's timing," DaSilva said.

No matter the timing of the storm, the weather impacts are expected to be the same for most locations. The type of precipitation that falls will depend on the final track of the storm, but AccuWeather meteorologists say that a surge of warm air is expected up the East Coast.

The warm air will allow precipitation to fall as rain for most, including locations in northern and western New York. Just enough cold air will be present across Michigan and the Upper Midwest for some snow showers.

Even without snow in the forecast, the precipitation from the storm could have consequences.

Communities across parts of New York are still digging out of the snow from the last storm. Dozens of locations reported snow accumulations in feet, while Orchard Park, New York, received an astounding 80 inches of snow from the lake-effect event.

Now, following the days of snow that piled up across western and northern parts of the state, the same areas could be threatened by more adverse weather. 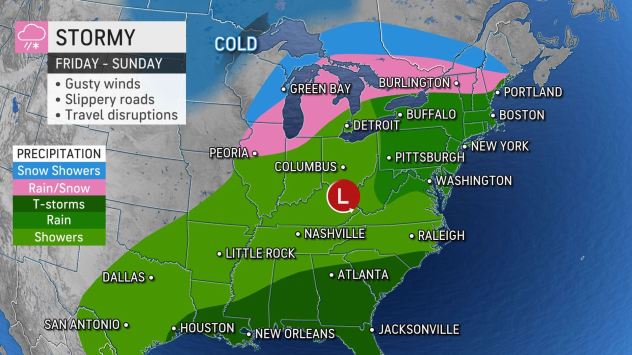 "If heavy rainfall were to hit the same areas in New York that were just buried under feet of snow, there could be a serious concern for flooding," said AccuWeather Senior Meteorologist Brian Wimer.

At this time, the heaviest rain looks to stay east of the locations still cleaning up from the snow. But the storm is still forecast to bring both a warmup and some rain to western and northern New York, which could result In flooding issues.

"Storm drains in urban locations could be clogged with snow, leading to standing water as the rain falls and the snow begins to melt," said DaSilva.

Any water that is able to drain into streams and lakes will be beneficial, as water levels were reported to be rather low early week, such as Buffalo Creek and the Mohawk River.

The steadiest and heaviest rain at this time is forecast across New England and southward along the Interstate 95 corridor into the mid-Atlantic. Locations from Boston and New York City to Washington, D.C., can expect downpours. The wet weather across this area can contribute to slower travel for those out following the Thanksgiving holiday. 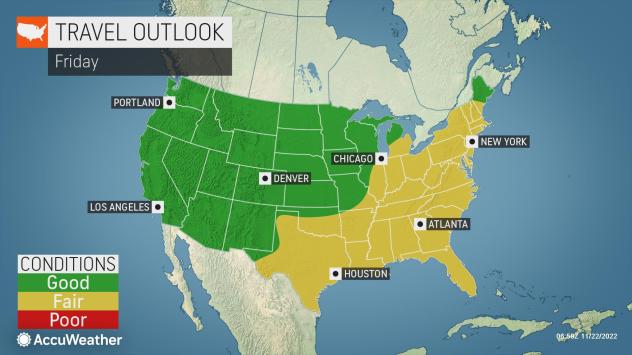 If the wet weather lingers in the Northeast on Saturday, some of the final college football games of the regular season could be impacted by the rain. The wet weather will be accompanied by milder air, however, making it slightly more comfortable for fans attending games or tailgating.

Behind the major storm, colder conditions are set to sweep in. Gusty winds are forecast across the Great Lakes early next week, and the rush of cold air over the warmer waters could bring another brief burst of lake-effect snow to locations downwind.

People are turning off their heat as prices surge