Baltimore Ravens Quarterback Lamar Jackson will take on the Buffalo Bills for the AFC Divisional Round this weekend. Jackson has never played in the snow; here are his thoughts on the possibility.

One week after securing his first-ever NFL playoff victory, Baltimore Ravens quarterback Lamar Jackson may get a chance to experience another first this weekend.

When the Baltimore Ravens travel to frigid Orchard Park, New York, this Saturday night for an NFL divisional playoff matchup with the Buffalo Bills, it will likely be the reigning MVP's first-ever game when snowflakes are flying.

Jackson said during a Tuesday press conference that he had "zero" experience playing in the snow.

"Hopefully it don't," he said with a laugh, when talking about the weather forecast and the possibility that snow could fall Saturday night. 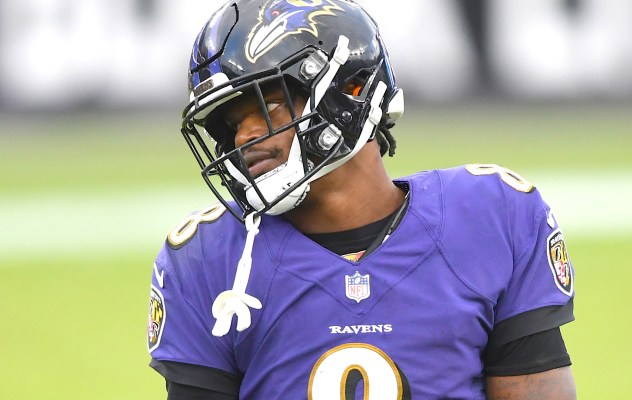 Unfortunately for Jackson, there is a good chance that he'll have to account for some snow on the field when he runs and throws against the Bills' defense.

AccuWeather meteorologists say a cold wind and snowflakes are forecast for Saturday in Orchard Park. While a major snowstorm is not expected, forecasters say lake-effect snow showers could whiten the field on occasion and make for slick footing and ball handling at times while temperatures hover near freezing throughout the game. 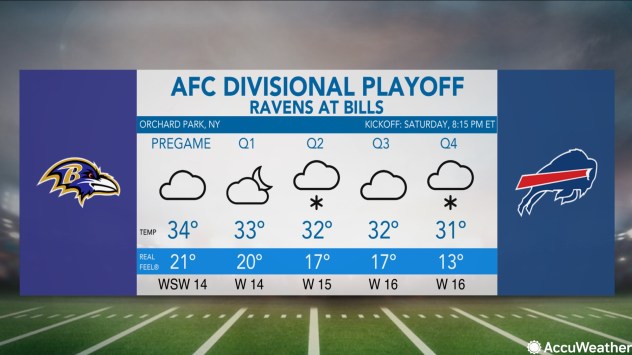 Jackson, who grew up in South Florida, also said during his press conference that the first time he experienced snow was when he attended the University of Louisville.

"We had a snowball fight," Jackson said, according to ESPN. "So that's totally different from playing in it."

So far this month, the Buffalo area has received only 0.6 of an inch of snow, according to the official reporting station located at Buffalo Niagara International Airport. The site typically measures 25.3 inches of snow during January. 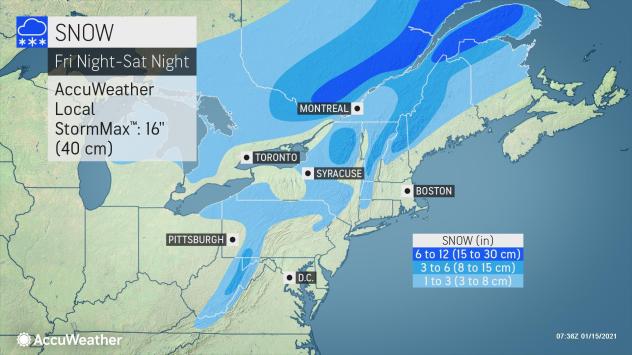 Jackson isn't the only Ravens player who hasn't played in the snow before. Offensive lineman Bradley Bozeman, who is from Alabama, told the Baltimore Sun, that he preferred playing on grass.

“Big guys in slippery situations is not always a good thing,” Bozeman told the Sun. “I’m going to hope for no snow.”

Several retired NFL players let their thoughts be known on Twitter about what it's like trying to play such a physically demanding game when snow is falling.

Torrey Smith, a former NFL wide receiver who won Super Bowls with the Ravens and Philadelphia Eagles, weighed in on playing in inclement weather on Twitter Tuesday night after Jackson's comments made the rounds on social media. 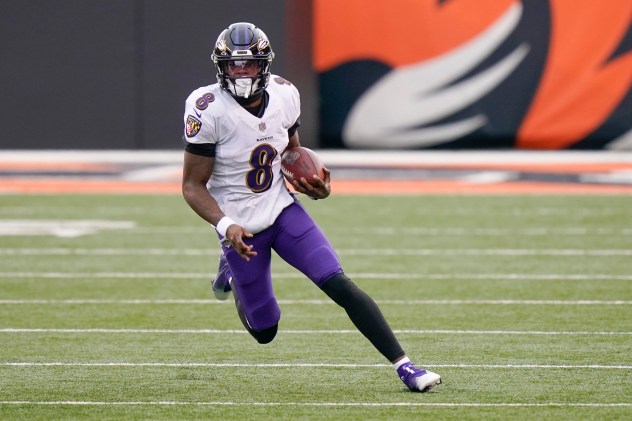 "I said this few weeks ago. Playing in inclement weather is only fun when you are a kid. It’s trash as a professional but you still have to ball out," Smith wrote.

Retired NFL offensive lineman Geoff Schwartz, who played in the NFL for eight seasons, had a different opinion.

"I know no one cares about the big fellas but playing in the snow for an offensive lineman is awesome. Those DL [defensive linemen] can't move very well," he said in a reply to Smith's tweet.