A new test image from the James Webb Space Telescope is serving as an appetizer ahead of the highly-anticipated full-color images set to be released by NASA on July 12. 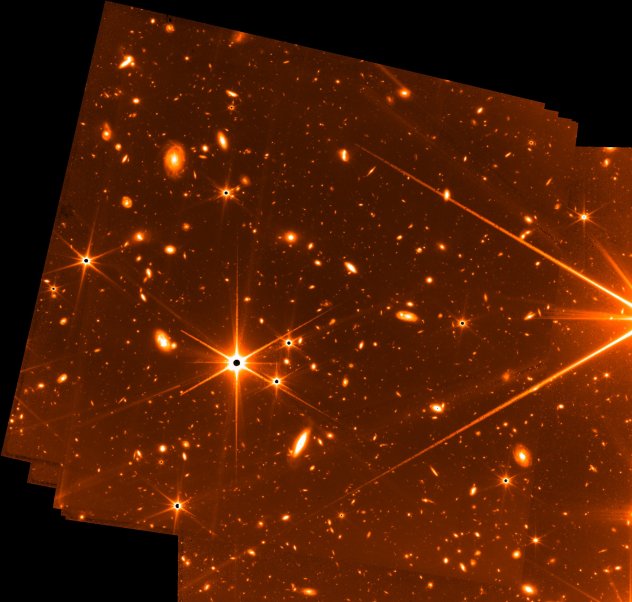 A test image captured by NASA's James Webb Space Telescope in May. The dots with six sunbeams stretching outward are stars, while the other sources of light are distant galaxies. (NASA, CSA and FGS team)

NASA's James Webb Space Telescope (JWST) is peering into the depths of the universe with its one-of-a-kind instruments, and on Wednesday, NASA unveiled a new image captured by the telescope. The image was captured during testing to see how long the telescope can maintain a steady lock on a distant target such as a galaxy or star.

"This false-color mosaic is made of 72 exposures over a 32-hour test," NASA said.

Scientists say this is "among the deepest images of the universe ever taken," and is just a preview of what's to come.

“The faintest blobs in this image are exactly the types of faint galaxies that Webb will study in its first year of science operations,” said Jane Rigby, Webb’s operations scientist at NASA’s Goddard Space Flight Center.

The breathtaking image was captured by JWST's Fine Guidance Sensor (FGS) during a test in May, just months after launching on Dec. 25, 2021.

"Even when capturing unplanned imagery during a test, FGS is capable of producing stunning views of the cosmos," NASA added.

The quality of these test photos is better than scientists expected, even after one of its 18 gold-plated mirrors was dinged by a micrometeoroid last month. 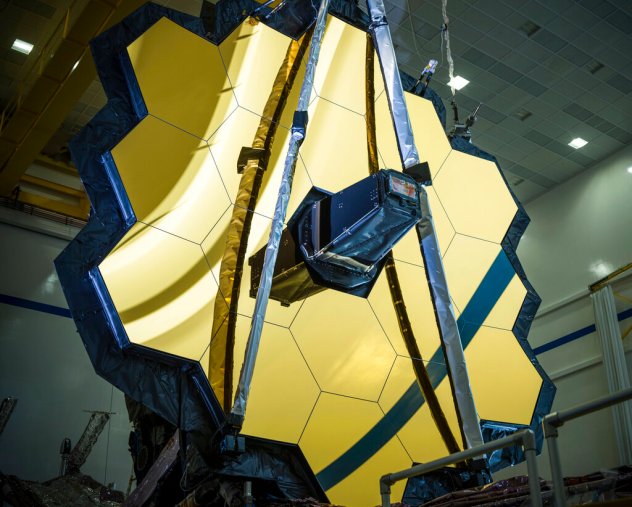 This March 5, 2020, photo made available by NASA shows the main mirror assembly of the James Webb Space Telescope during testing at a Northrop Grumman facility in Redondo Beach, Calif. (Chris Gunn/NASA via AP)

The JWST made headlines back in mid-March with the first clear image it sent back to scientists on Earth. That photo depicted a faraway star some 2,000 light-years across the Milky Way, giving earthlings a close-up glimpse of what the star looked like around the time Julius Ceasar reigned and Jesus Christ walked the Earth.

This new test image has scientists even more excited about the full-color image that NASA is planning to release to the public and scientific community on Tuesday, July 12.

The JWST is the successor to the Hubble Space Telescope, which was launched on April 24, 1990. Its primary mirror is 21 feet across, nearly three times larger than that of Hubble, allowing it to collect more light and look farther into the mysterious depths of the universe.